The Avengers - the Cathy Gale era 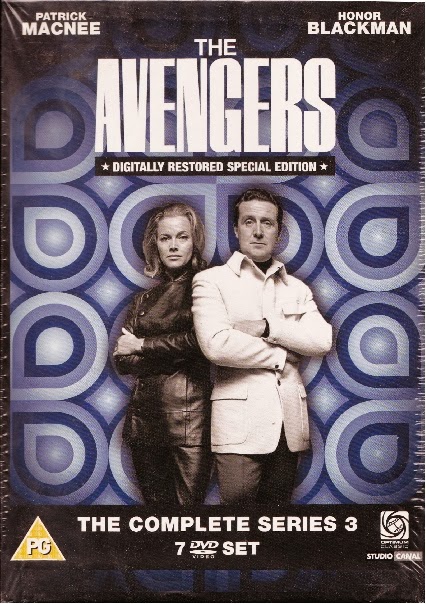 The Avengers was actually three different series during the course of its long run. The show went through three quite distinct incarnations with very different flavours.

The first phase lasted a single season. Since only two of the 26 episodes survive and not even the scripts survive for almost half of them it’s difficult to say much about this incarnation of the series. It seems to have been conceived as a hardboiled crime thriller series with Ian Hendry and Patrick Macnee as tough trenchcoat-wearing crime-fighters. This first season was at best moderately successful.

Ian Hendry’s departure led to a major revamp. The series became an overtly secret agent series and after the first three episodes of the second season (in which Steed was partnered by Dr Martin King, played by Jon Rollason) Steed gained two new partners, both female. The idea was that jazz singer Venus Smith (Julie Stevens) and anthropologist and martial arts expert Mrs Cathy Gale (Honor Blackman) would appear in alternate episodes. It soon became apparent that the Cathy Gale character had more potential and was more popular with viewers and Venus Smith was featured in only half a dozen episodes.

The revamp for season two include another major change. John Steed became more or less an entirely different character. The trenchcoat disappeared and Steed became an overtly upper-class debonair English gentleman with more than a touch of the dandy, although still with a hint of ruthlessness.

The revamp was a major success and season two became a major hit in Britain and generated the series’ first overseas sales. 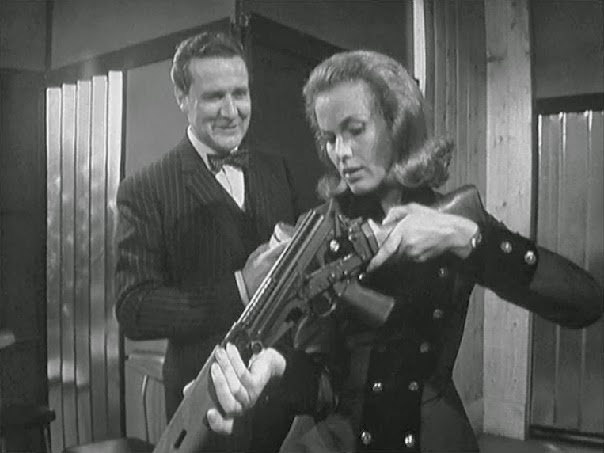 The third incarnation of The Avengers, after an eighteen month hiatus, involved an equally major revamp. The series was now to be shot on film rather than videotape, production moved to Elstree Studios and drastic changes were made to the production team. The whole look and feel of the series changed dramatically, to the style that most people now associate with The Avengers - slick and stylish. The story lines changed just as dramatically, with much more emphasis on tongue-in-cheek humour and on the camp elements that had been present in embryo in the Cathy Gale era. Plots became much more outlandish.

And of course Cathy Gale was replaced by a new partner for Steed, Mrs Emma Peel, to be played by Elizabeth Shepherd. Shepherd didn’t work out and was hurriedly replaced after a single episode (which was never screened) by Diana Rigg, and the rest is history.

The spectacular success of this third incarnation has tended to overshadow the earlier seasons. While it’s fair to say that the third version of the series was the best the Cathy Gale era is not without its charms and should not be overlooked.

First impressions can be dangerous. Anyone who is only familiar with the Emma Peel and Tara King episodes is likely to be very disappointed by their first taste of the Cathy Gale era. The Cathy Gale episodes have that slightly muddy shot-on-videotape look (exacerbated by the fact that these episodes are often not in pristine condition) and they seem very studio-bound. 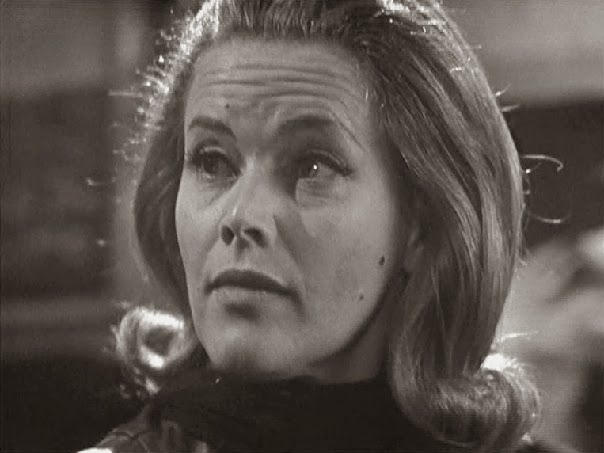 They were studio-bound, but a limitation is only a limitation if you look at it that way. In the hands of a talented director and with good production designers a series shot entirely in the studio can be surprisingly visually inventive, and The Avengers had both talented directors and good production designers. The best episodes from this era have a distinctive flavour of their own and look a good deal better than most British TV series of their time, with an interesting mix of film noir-style low-key lighting and stylish set design achieved on minimal budgets.

They also have Honor Blackman, who overnight became a pop culture icon. Female spies and private eyes would proliferate on both British and American television in the mid-60s but Cathy Gale has a strong claim to being the first of the line. She was certainly the first to make a major impact.

I haven’t seen all the Mrs Gale episodes but I have seen nineteen of them (as well as a couple of the Venus Smith episodes). One thing that is apparent is that Steed in these earlier seasons is a much more abrasive character than in the later Emma Peel/Tara King seasons. After the major reworking of the character at the beginning of the second season Steed continued to evolve throughout the series before taking on a more or less fixed form at the beginning of the Emma Peel era.

The Steed-Mrs Gale relationship is definitely interesting. She obviously only works unofficially for whatever agency it is that Steed works for. Much of the time she’s being manipulated by Steed or else he’s deliberately withholding information from her, often to her considerable annoyance. There’s certainly affection between them but it’s offset by this tension and Cathy clearly is not always certain just how far she can trust him.

The plots are mostly fairly straightforward spy thriller plots although there were certainly some early hints of the more outrageous direction the series would take. 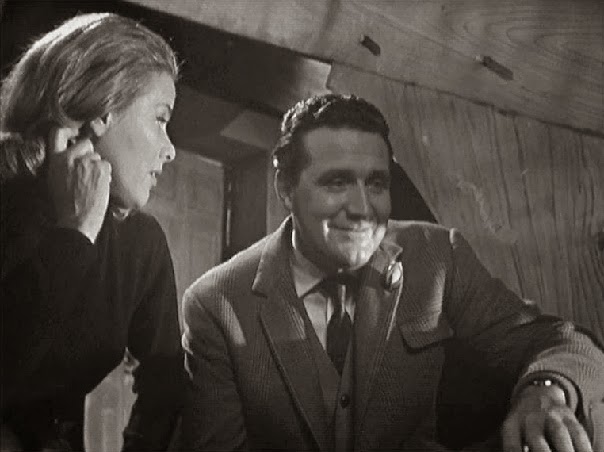 Brian Clemens’ Build a Better Mousetrap is I think is one of the best-ever episodes of The Avengers, from any era. Brief for Murder, also by Clemens, is as good as anything he’s ever written, and with Peter Hammond directing the result is superb television. A great supporting cast headed by the inimitable John Laurie is the icing on the cake. Clemens’ script is full of ingenious twists as Steed apparently attempts to murder Cathy Gale. The Charmers is yet another fine effort by Clemens.

The Nutshell is more a straight Cold War thriller but it’s a very solid episode.  The Golden Fleece is a tour-de-force with a very clever script about British Army officers involved in criminal activities, but for the most generous of motives. Death à la Carte is a little disappointing but it’s fun watching Steed working undercover as a chef.

The James Mitchell-scripted Man With Two Shadows is another variation on the ever-popular idea of doubles, an idea that seemed to obsess the makers of 60s spy series. This is one of the better attempts at this idea and the story also neatly ties in brainwashing. A fine episode.

Don't Look Behind You was remade in the Mrs Peel era as the excellent The Joker. The Mrs Peel episode benefits from much better sets but this is still a very good episode from another clever Brian Clemens script.

The Grandeur That Was Rome has its problems but it’s a fascinating foretaste of things to come with a plot involving a revived Roman Empire!

Out of the episodes I’ve watched so far there have only been a handful of clunkers and there are quite a few that compare very favourably with anything from the Mrs Peel era.

The Region 1 DVDs from A&E are out of print and hard to find but the Region 2 sets from Optimum are in print and of slightly better quality (and include some worthwhile extras).
Posted by dfordoom at 00:19