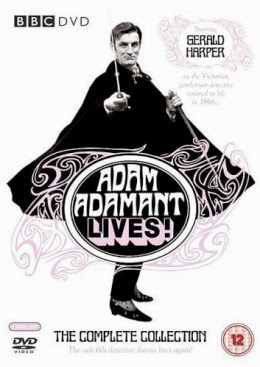 One of the less known British television adventure series of the 1960s was the BBC’s Adam Adamant Lives! which ran for two seasons in 1966 and 1967. Most of season 1 survives but unfortunately almost all of season 2 is lost.

The premise was a clever one that offered the opportunity for some satirical observations on the social mores of the past and present. Fortunately the fun adventure elements predominate. Adam Adamant (Gerald Harper) was an Edwardian adventurer and secret agent who disappeared in 1902. In fact he was deep-frozen by a dastardly enemy. In 1966 he is revived and resumes his career as crime-fighter, adventurer and secret agent.

Adam finds the world of Swinging London in the 1960s rather perplexing and he finds much of which he disapproves. His old-fashioned attitudes and sense of honour might seem to be a disadvantage in the world of the 1960s but they actually turn out to be more of an asset than a hindrance. Adam is both courageous and determined and wrong-doers find him to be a surprisingly formidable enemy. Adam prefers to use his sword-cane rather than firearms, a habit that causes amusement to his foes until they discover just how dangerous and skillful he is with such a weapon.

Naturally a hero has to have a sidekick and Adam’s sidekick is Georgina Jones (Juliet Harmer), a Swinging 60s chick whose modern attitudes are often disturbing to our hero. In spite of often disapproving of her he can’t help also being rather fond of her. Georgina is brave to the point of foolhardiness and is always getting herself into scrapes but if there’s one thing Adam admires it is courage. Although Adam is a gentleman of the Edwardian era and Georgina is a free-spirited modern girl a considerable mutual respect develops between the two characters. The interplay between Adam Adamant and Georgina Jones is always a delight. Even more unusually, the attitudes of both Adam and Georgina are treated with a surprising degree of respect. There’s considerable humour from their clash of attitudes but neither character is treated as a mere figure of fun.

Mention should also be made of Adam Adamant's gentleman's gentleman Simms (Jack May) who provides further amusement. 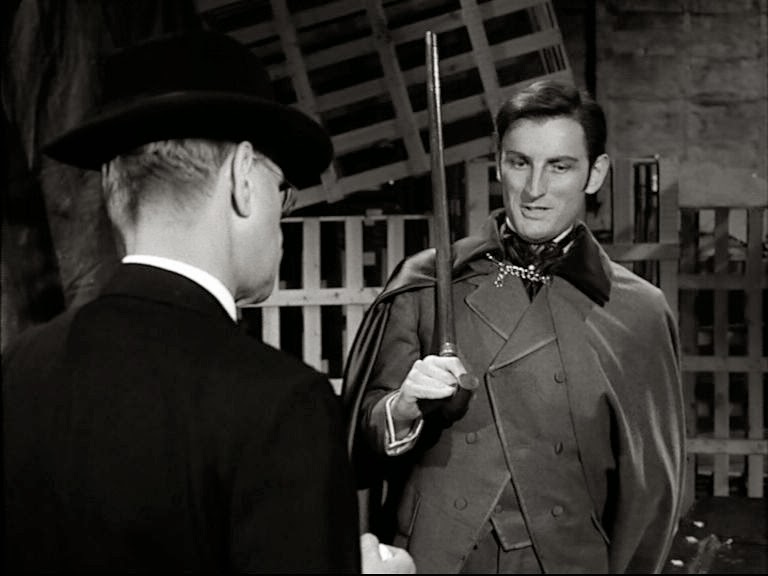 I hadn’t realised until I looked at the relevant chapter in James Chapman’s excellent study of British TV adventure series of the 60s and 70s, Saints and Avengers, that Adam Adamant Lives! was originally going to be based on the popular fictional detective Sexton Blake (a sort of low-budget pulp version of Sherlock Holmes). It was originally to be called Sexton Blake Lives! The late Victorian crime-fighter was to be frozen in 1895 and resurrected in the Swinging 60s.

Unfortunately the Sexton Blake copyright holders wanted to be paid for the use of the name and the character and that was enough to scare the BBC off. But the head of the Drama Group (Television), Sidney Newman, was still keen on the idea so he simply tweaked it a little by creating an original character.

The BBC hierarchy in those days was of course very hostile to science fiction or fantasy. They wanted to make gritty social realist dramas. Audiences however did not agree. They were switching off the BBC to watch shows like The Avengers on commercial TV. Sidney Newman was looking for a formula that audiences would go and that would also satisfy the  BBC hierarchy, and that was part of the appeal behind the idea of Adam Adamant Lives! - he could sell the idea to the BBC on the basis that it would be a program that would explore the social mores of the 60s and contrast them with the traditional values espoused by the title character. The interesting thing is that Adam Adamant Lives! really does do just that. It just happens to do it in an entertaining way and with a surprisingly light touch. In fact it’s one of the more successful attempts of that era in dealing with the social revolution of the 60s and the rise of youth culture. It manages to do this whilst still being a fun light-hearted action adventure series. 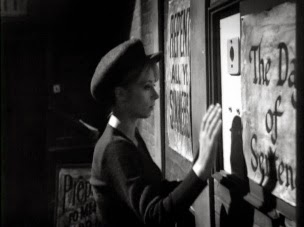 Adam Adamant Lives! is an excellent example of a program that has a very English feel to it, but in a very good way. It has not only the Swinging London of the 60s vibe but also a London of the 1890s vibe as well. And the very English flavour is in this case very definitely an asset.

It is also, for a BBC production, extraordinarily good fun in a light-hearted tongue-in-cheek way. It’s one of the few BBC series that captures the same kind of witty, sexy and good-natured feel that made series like The Avengers so successful. The scripts weren’t always up to the standards of The Avengers but it benefits from a truly wonderful cast with all three recurring characters being just right.

Despite the BBC’s legendary reluctance to spend real money on mere light entertainment such as this the production values are reasonable, a tribute to the ability of BBC producers  to make a very small amount of money stretch surprisingly well. The program started shooting in 1966 with a budget of £4,900 per episode. By way of comparison, ITC’s The Champions started shooting the following year with a budget of £40,000 per episode. Unlike the BBC, ITC’s chairman Lew Grade recognised that to have a chance of overseas sales British series needed to be able to match the production values of American television.

The BBC remained unrelentingly hostile to the series and cancelled it after the second season in spite of good ratings and a steadily improving reputation with viewers. And of course the BBC had its final revenge by destroying almost all of the second season.

The stories are fairly typical of 1960s secret agent/crime-fighter series but the unusual nature of the hero gives the series an original and very engaging feel.

The surviving episodes have been released on DVD. Adam Adamant Lives! is immense fun and is very highly recommended.
Posted by dfordoom at 01:48