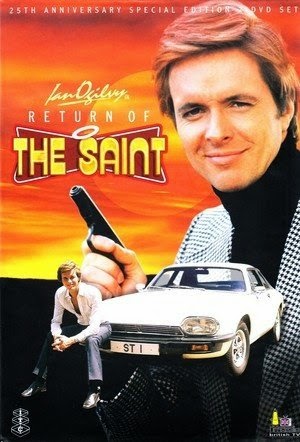 Return of the Saint was a late entry in the cycle of ITC adventure series, airing on ITV in Britain in 1978 and 1979 and on CBS in the United States.

Return of the Saint lasted only a single season. This was largely due to the hostility of Lew Grade and his concerns about the cost of the show. It was in fact highly successful in Britain and was sold to 75 countries. In retrospect the decision to cancel the series after one season was a serious mistake.

The idea of reviving The Saint had been around almost from the time that production ceased on the original series. A major problem was of course casting. The problem was not just that Roger Moore was so completely identified as Simon Templar, it was also that Moore had very much defined the character. Any new actor stepping into the role was going to have to be to some extent in the same style, otherwise the new series would simply be another generic action series rather than an authentic Saint series. Ian Ogilvy proved to be the best possible choice. He even slightly resembled Roger Moore and he had no difficulty adapting to the role. Perhaps he does not have quite as much charisma as Roger Moore but he does fit the character as defined in the later Saint stories pretty well.

The character of The Saint in Leslie Charteris’s stories changed quite dramatically over the years. Sadly no-one has ever attempted a film or television adaptation of the early Saint stories in an authentic early 1930s setting. Return of the Saint, like the original series, is based on the Simon Templar stories of the 1950s when he has become a slightly world-weary loner, still bursting with self-confidence but with just a touch of melancholy and cynicism. Roger Moore was probably just a little more successful in capturing the nuances of this incarnation of The Saint. Having said that, Ian Ogilvy does a fine job. 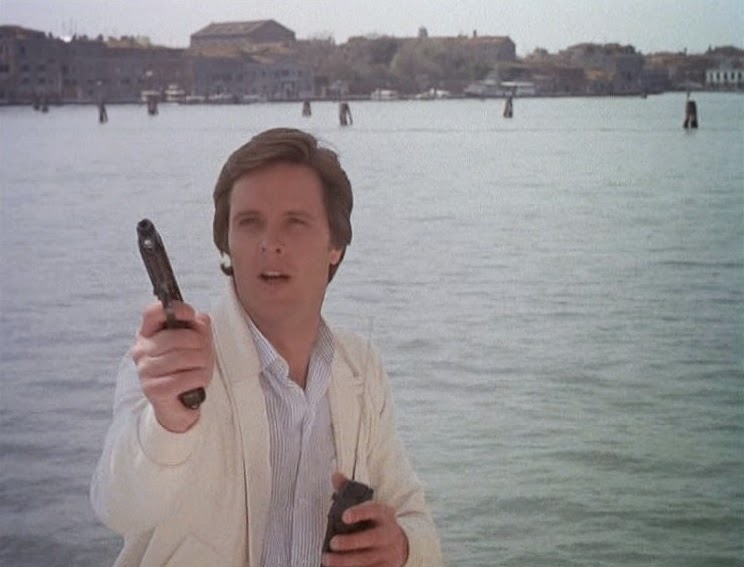 Ogilvy thoroughly enjoyed making this series and was very disappointed at its cancellation.

One difficulty facing the makers of Return of the Saint was that there had been an outcry about violence on TV in the US and as a result it was decided to tone down the violence as much as possible. In the late 70s this made the program seem a bit dated compared to the typical very violent British series of that era. Seeing the show today I’m inclined to think it actually works in the show’s favour, forcing the writers and directors to find other ways to make things exciting.

While earlier series like the original Saint series relied on stock footage and set dressing to suggest the exotic locales in which episodes were supposedly set by the late 1970s at least some authentic location shooting was expected. Return of the Saint was slightly unusual though in that many episodes, particularly those set in Italy, were filmed in their entirety on location. This naturally pushed the budgets ever higher.

The generous budgets certainly contributed to the high production values of the series. And in episodes like Duel in Venice (Ian Ogilvy’s own favourite episode) the money was well spent with the Venetian locations being used very effectively. 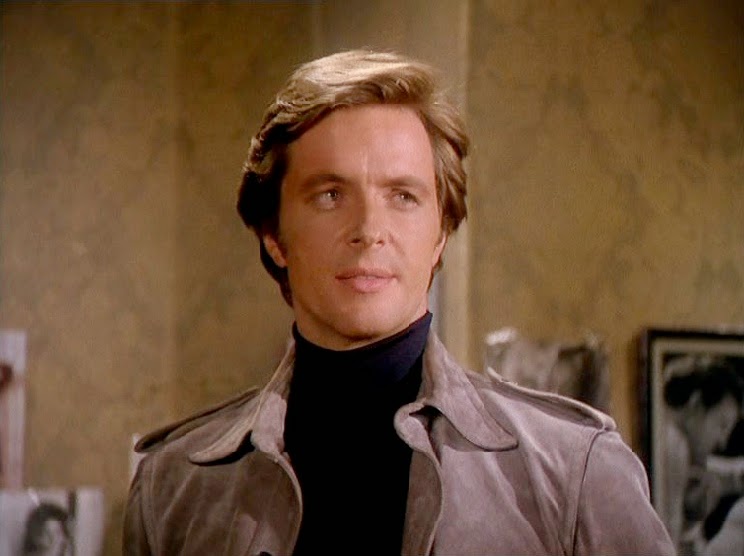 Return of the Saint makes some attempt to deal with topical issues of the day, such as terrorism, in episodes such as One Black September (with rather mixed results in that particular episode). The opening episode, The Judas Game, is a rather generic spy thriller story. Other episodes are closer in feel to the original series with the Saint acting as a dashing knight errant. None of the episodes were based on Leslie Charteris story but episodes like The Village That Sold Its Soul are at least in the Charteris style.

The Arrangement is a blatant rip-off of Hitchcock’s Strangers On a Train, except that this time it’s strangers on a plane, but it’s done rather well thanks largely to a very chilling performance by Carolyn Seymour. This episode is also notable for the footage of one of my favourite Australian bands, The Saints (presumably chosen for this purpose because of their very suitable name), in full cry at the Marquee.

Return of the Saint proved to be a huge hit in Britain and achieved very impressive overseas sales. The cancellation of the series came as a major surprise. Ian Ogilvy in particular was disappointed, the show having made him a household name overnight. He was clearly expecting (quite reasonably) to reap the benefits of this high-profile exposure for some time to come. 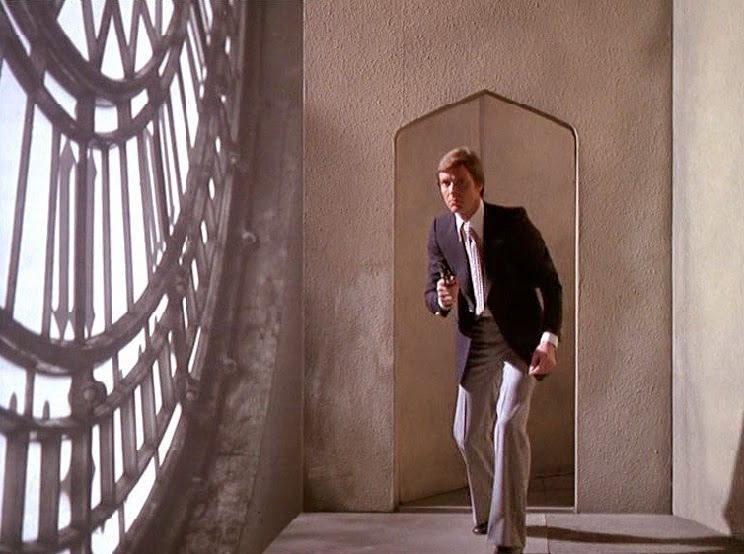 One thing for which we can be thankful is that Ian Ogilvy is not made to look like a 1970s fashion victim. His clothes are tasteful and somewhat on the conservative side, which is how you’d expect Simon Templar to dress in the 1970s.

The 1970s incarnation of the Saint drives a Jaguar XJS in place of the Volvo P1800 sports car of the original series. It's definitely the right sort of car for the character.

The series is available on DVD in most regions. The Region 4 boxed set offers very satisfactory transfers and includes a few tempting extras.

Return of the Saint surprisingly succeeds quite well. It’s certainly much better than I expected it to be. Very entertaining and highly recommended, even if Leslie Charteris purists might have a few doubts.
Posted by dfordoom at 07:45