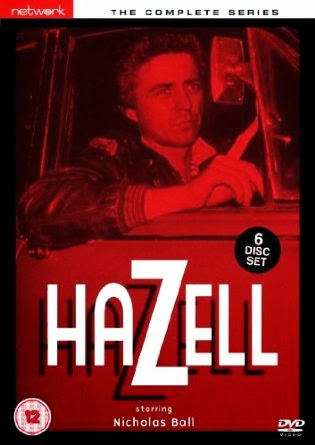 Hazell was a British private eye TV series made by Thames TV. It ran for two seasons in 1978 and 1979. It’s a slightly unusual series with a flavour all its own.

Hazell was based on a series of novels by Gordon Williams and Terry Venables (better known as a footballer and football team manager).

James Hazell is a young cockney cop turned private eye. Some years earlier it had all turned sour for Hazell and for a few years he had crawled inside a bottle and stayed there. Now he’s cleaned himself up and has a career as a private detective. Not quite a thriving career. He has a flashy car (a Triumph Stag) and a flashy wardrobe but whether he can keep up the payments on the car is another matter.

The setup makes it sound like it’s going to belong squarely to the gritty realism school school of crime series with a hefty dose of cynicism. In fact it’s nothing like that at all. Hazell is a likeable guy and although he looks at life with a certain amount if scepticism he’s by no means cynical. He’s actually a bit of a soft touch. He’s no shrinking violet but he’s definitely not a stereotypical tough guy. He doesn’t like shooters and he’d rather talk his way out of trouble than use his fists. This is in fact a remarkably non-violent crime series, especially for Britain in the 70s (that being the era of The Sweeney).

The most popular and long-running private eye series on British television in that era was Public Eye, which ran from 1965 to 1975. Hazell shares the unconventional non-heroic tone of that series but without its shabbiness and seediness. James Hazell doesn’t have much in common with the chronically down-at-heel Frank Marker, but he does have the same ability to deal with life’s disappointments without surrendering to despair or cheap cynicism. 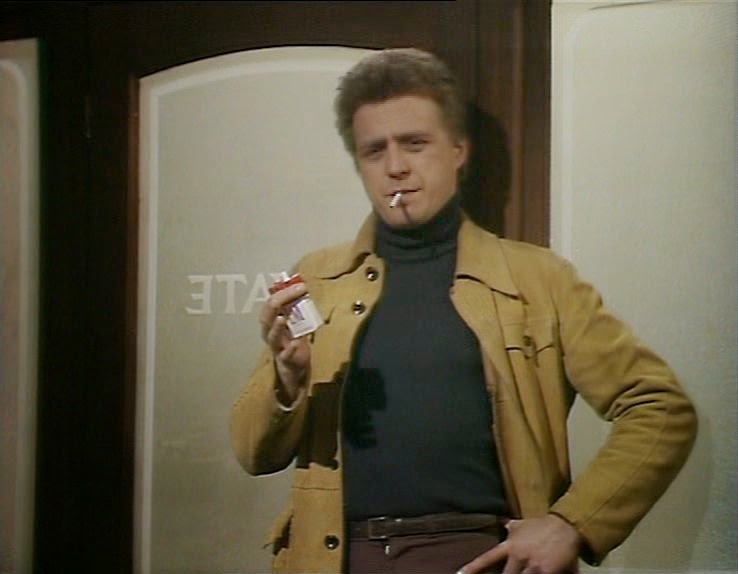 There are plenty of amusing moments and there’s some very witty dialogue but the series is never played as comedy. It has its dark moments but it isn’t interested in wallowing in misery. It walks a fine line between such extremes. It can perhaps best be described as quirky. James Hazell regards the world with tolerant amusement. That’s the chief charm of the series - it adopts Hazell’s attitude towards life. Hazell just wants to earn a living, keep out of trouble and get as much enjoyment as he can out of life with the minimum of aggravation. Of course life, and his chosen field of employment, conspire to keep getting him into trouble.

The bane of his life is Detective-Inspector Minty, known inevitably as Choc Minty. Minty is a dour Scotsman and he disapproves rather strongly of Hazell. Again the series avoids obvious clichés - Minty might be humourless and disapproving but he’s an honest cop and he’s fair-minded enough to admit it when Hazell turns out to be right about something. And Hazell knows that while Minty would happily run him in if he crossed the wrong line he is not the kind of cop who would ever frame somebody.

The casting of Nicholas Ball was inspired. He is perhaps just a couple of years too young but aside from that he is perfect. He plays the role with a very sure touch, never over-doing things. 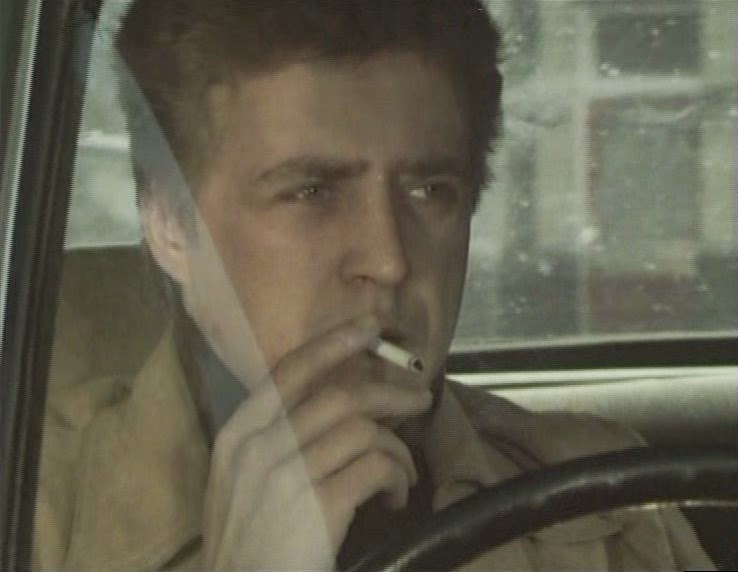 The series has a good deal of fun playing with the conventions of film noir and of the 1940s American private eye movie. Each episode features film noir voice-over narration by the lead actor. Hazell is to some extent modeled on famous film private eyes like Philip Marlowe and Sam Spade, and to a considerable extent he has modeled himself on such characters. On the other hand the characters and setting are vehemently British. This gives the series much of its distinctive flavour. If you can imagine a cockney Philip Marlowe in the slightly flashy slightly seedy atmosphere of London pubs and dog tracks and betting shops then you’ve imagined James Hazell.

Hazell had a reasonably generous budget, enough to allow for quite a bit of location shooting and to give the series a feeling of quality and class.

Hazell and the Weekend Man is a typical episode. It involves a case that seems unlikely to go anywhere but slowly Hazell realises that something odd is definitely going on. He thinks he knows what it is, but it’s something his client is going to be quite unhappy about it. And Hazell isn’t sure he should tell the client. Maybe it’s better to let sleeping dogs lie? But sometimes that just isn’t possible. 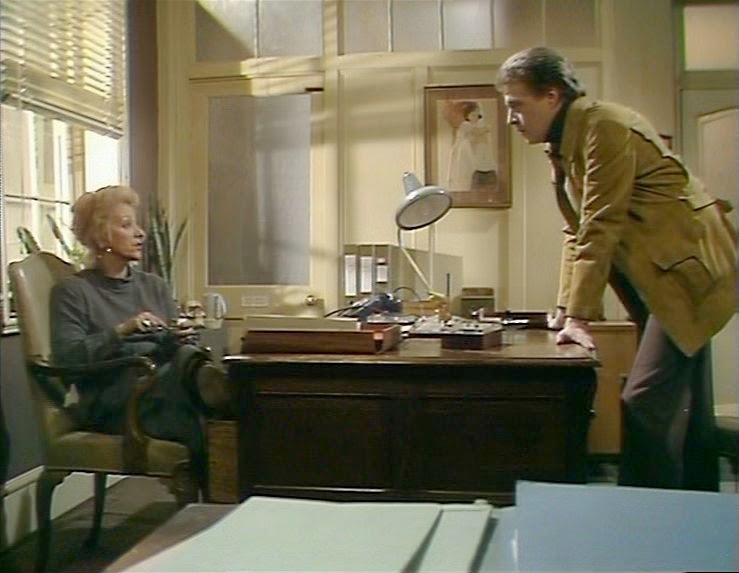 Hazell Works for Nothing sees Hazell taking on a case that promises no money and potentially a very great deal of aggravation, and it will almost certainly get him into Inspector Minty’s bad books. Hazell really doesn’t want anything to do with this case but his mum insisted that he take it, which doesn’t leave him much choice.

There are quite a few episodes in which Hazell slowly comes to realise that the client is manipulating him. That’s an obvious link with the private eye movies of the 40s. It’s the sort of thing that as always happening to Philip Marlowe. It’s a plot device that lends itself to tragic consequences and downbeat endings but this series tends to use it for the purpose of wry amusement and gentle irony.

Network DVD have released both seasons in a single boxed set.