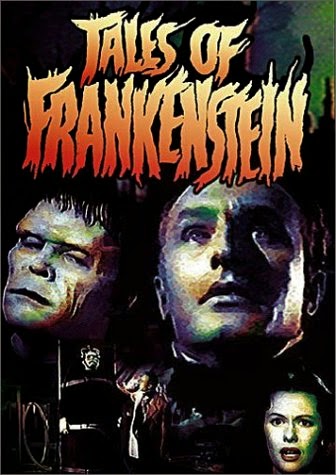 Tales of Frankenstein was the 1958 pilot episode for a proposed television series which was to be a collaboration between Columbia and Hammer Films. The immense success of Alfred Hitchcock Presents had resulted in a great deal of interest on the part of TV networks in the possibility of other anthology series, an interest that would bear fruit in such series as Thriller and The Twilight Zone. Tales of Frankenstein would have been slightly different - a true gothic horror anthology series.

Given that Hammer were riding high after scoring a major with The Curse of Frankenstein in 1957, and that this success had established that there was a definite audience for gothic horror, the television series seemed like a very good idea. In fact it was a very good idea, but unfortunately everything went wrong.

The plan was for 26 episodes, 13 to be made by Columbia in the US and 13 by Hammer in England. The pilot episode was to be made in the US, and that’s where the trouble started. Columbia had bought the TV rights to the old Universal horror films and had had considerable success with them. They naturally wanted the TV series to be done in the Universal style. This was both puzzling and exasperating for Hammer, who just as naturally had assumed that the series would be in the Hammer horror style. After all, why involve Hammer at all if you weren’t going to make use of their expertise in making their own distinctive and much more modern style of gothic horror?

Even worse, Hammer’s Michael Carreras discovered that Columbia weren’t interested in the script ideas Hammer had developed for the series. The only real input that Hammer had to the pilot episode was the choice of star. Hammer wanted Anton Diffring to play Baron Frankenstein, a logical choice since they were about to launch him as a gothic horror star in their upcoming (and extremely good) movie The Man Who Cheated Death. Diffring got the starring role in the TV pilot.

Columbia had a script written by Henry Kuttner and his wife C. L. Moore. They had gained plenty of in the genre writing for the pulp magazines in the 30s. Their script was based on a story by Curt Siodmak. Siodmak was a fine writer so there should have been no problem. Unfortunately Siodmak was also hired to direct the pilot. Curt Siodmak was proof that being a good writer does not automatically make someone a good director. 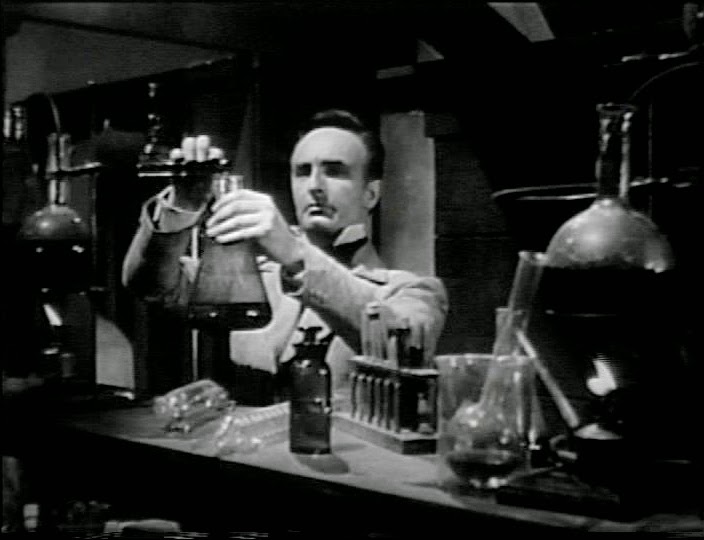 Michael Carreras had by this time given up in despair and returned to England, sending out Anthony Hinds to keep an eye on things in the US. Hinds had no more success than Carreras had had in getting Hammer’s viewpoint across and soon he too gave up and returned home.

Nobody at Hammer Films was the slightest bit happy with the pilot once they saw it. It was most definitely not at all what they had had in mind.

So was the pilot as bad as Hammer thought? The answer to that is a qualified no. Given that Columbia wanted something that looked like the old Universal horror movies the results were by no means terrible. And the ABC network was quite impressed by the pilot and were very interested in buying the series. Sadly it was not to be. Relations between Columbia and Hammer having more or less broken down completely the project was shelved.

The pilot episode was pretty much a stock-standard Frankenstein story but as an introduction to the series that was not necessarily a bad thing. Once the series had established itself there would have been plenty of opportunities to do slightly more original stories. 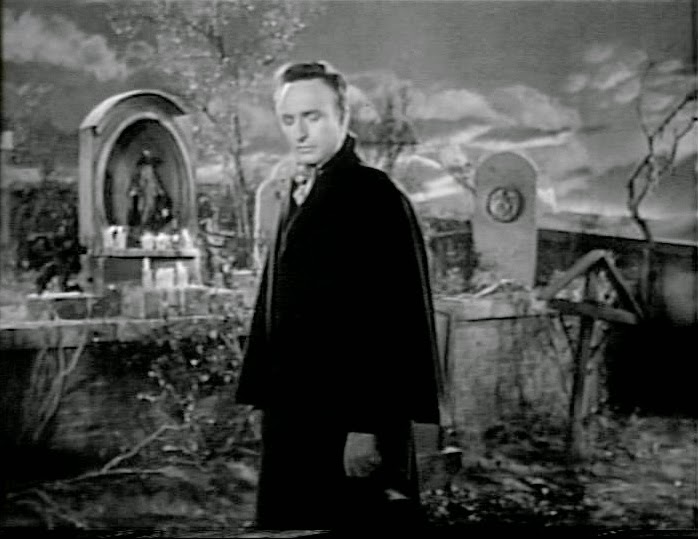 The attempt to copy the Universal style worked fairly well. The gothic atmosphere is captured quite effectively. The horror is rather low-key but that at least meant there would be no censorship hassles with the network.

It also needs to be said that capturing the distinctive Hammer horror style in black-and-white would have presented quite a challenge.

Diffring is a reasonably good Baron Frankenstein although his characteristic rather distant acting style meant that the character lacked the subtlety of Peter Cushing’s interpretation, and it has to be said that Diffring’s Frankensein probably had less potential for development than Cushing’s.

The whole affair was not a complete loss for Hammer. Many of the ideas they had come up with for the series were later utilised in their Frankenstein movies. In fact the experience of trying to come up with variations on the story may well have convinced them  that making movie sequels to The Curse of Frankenstein was a more promising idea than a TV series. 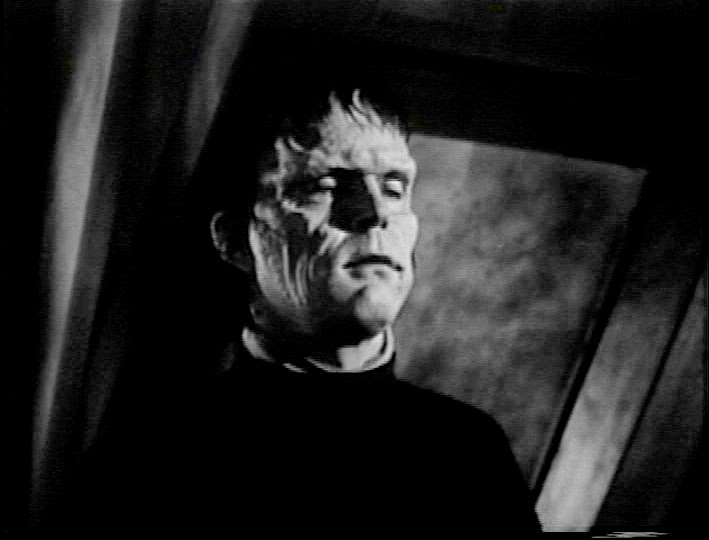 Image Entertainment have released the pilot episode on DVD. The problem they faced was that even at a budget price purchasers might be disappointed that all they were getting was a single half-hour episode of a TV series. Their solution was to load the DVDs with extras. There’s a very good commentary track, there are brief interviews with Michael Carreras and Peter Cushing, there’s an extended radio interview with Boris Karloff and another with Glenn Strange (who played the monster in the later Universal movies). There are also lots of trailers for various Frankenstein movies. Given the very reasonable asking price the DVD is not bad value. Tales of Frankenstein itself is in reasonable condition for a 1950s TV episode.

Tales of Frankenstein was a lost opportunity but the pilot episode is not without interest, and not without entertainment value. It’s definitely worth a look.
Posted by dfordoom at 01:53