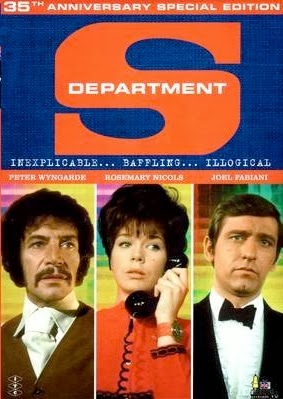 Department S, which ran for 28 episodes in 1969 and 1970, was another in the successful cycle of action/adventure series made by ITC in Britain in the 60s and 70s. It was the brainchild of Monty Berman and Dennis Spooner who already had an impressive track record in this area. The obvious problem they faced was to stick to a basic formula that had proved successful but to vary the formula enough to make the new series distinctive. In that object they succeeded brilliantly.

As James Chapman points out in his excellent book on the various ITC adventure series, Saints and Avengers, what they did was to invert the formula of their earlier series The Champions. The Champions started off with a bizarre and fantastic premise, three secret agents who have acquired superhuman and paranormal powers, but balanced the fantastic premise with straightforward and realistic storylines. So Department S would start with a thoroughly realistic and conventional premise, a department of Interpol tasked with solving sensitive and difficult cases, but balance the realistic premise with outlandish and fantastic storylines.

Like The Champions the new series would have three main characters, two men and a woman. But in contrast to The Champions the three characters would be wildly contrasting personalities. This idea, coupled with a particularly inspired piece of casting, would prove to be one of the series’ main strengths.

The inspired casting decision was to have the flamboyant Peter Wyngarde as the odd man out. The other two characters, Stewart Sullivan (Joel Fabiani) and Annabelle Hirst (Rosemary Nicols), are the kinds of professionals you would expect to find working for Interpol. Sullivan is an experienced cop who believes in solving cases by using the conventional techniques of the professional detective. He is methodical and dogged. Annabelle Hirst is a computer expert who handles the research side of things. 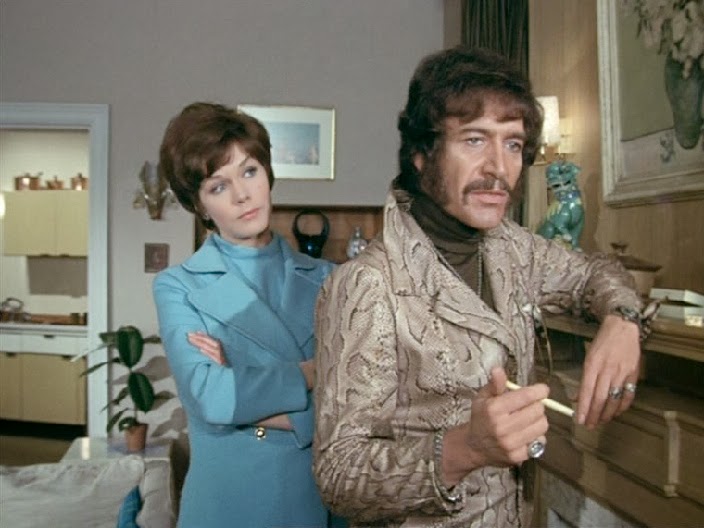 But Jason King (Wyngarde) is a different kettle of fish entirely. He is a successful writer of thrillers who dabbles in crime-solving as a hobby. He is a complete amateur with a sublime disdain for following conventional rules. He has however had considerable success as an amateur sleuth, relying on his fertile imagination and his ability to think outside the square. As a result he has been recruited as an unofficial member of Department S. King’s unconventional methods provide the perfect balance to the straightforward approach of the other two members of the team, just as Wyngarde’s extravagant and outrageous characterisation provides the series with the perfect foil to the low-key approaches of the other two stars.

Dennis Spooner claims that the Jason King character was inspired by Winston Churchill’s characteristically eccentric World War 2 scheme to ask Dennis Wheatley, the immensely successful author of both occult and spy thrillers, to recruit a team of thriller writers to form a kind of literary brains trust to come up with ideas to win the war. Wyngarde on the other hand claims to have essentially created the character himself, inspired by the fact that the fabulously successful author of the James Bond spy thrillers, Ian Fleming, had been a key player in British Naval Intelligence during the war. Fleming had in fact been one of Naval Intelligence’s main ideas men and had come up with a number of incredibly wild intelligence schemes that actually worked. Whether Jason King was actually primarily the creation of Spooner or Wyngarde the fact is that a number of very successful writers of spy fiction had been real-life spies and it’s actually rather surprising that no-one had used such an obviously clever idea before. 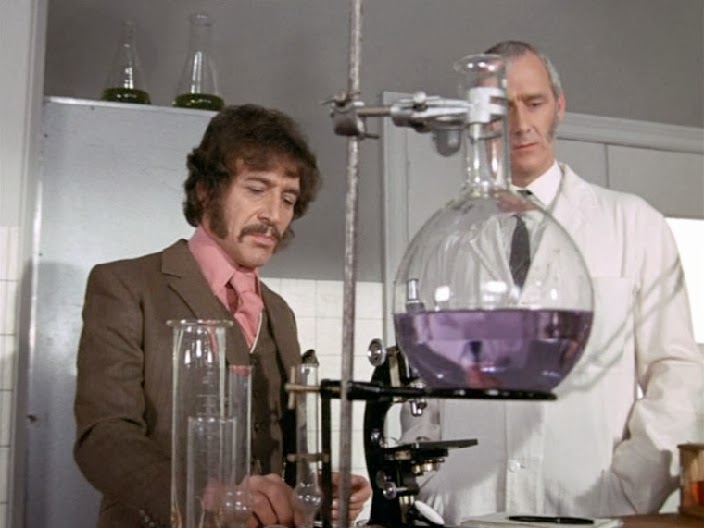 There’s little doubt though that Wyngarde was responsible for the extreme flamboyance of the character and for Jason King’s remarkably outré fashion style, even taking a hand in designing the clothes for the character.

Wyngarde’s performance is so over-the-top and so entertaining that he inevitably overshadows his co-stars, so much so that Jason King ended up with his own spin-off series. As a result the performances of Fabiani and Nicols have sometimes been unfairly disparaged. In fact they had to be low-key. To have approached their roles in any other way would have made the series merely ridiculous. The tension between straight arrow action hero Sullivan and eccentric dilettante Jason King was one of the keys to the show’s success, and that tension was nicely balanced by a grudging mutual respect. Annabelle’s slightly straitlaced personality also balances well with King’s disdain for the conventions.

The balance between the three characters was perfect, a fact that becomes rather obvious  when you compare Department S to the Jason King spin-off series. Jason King is fun and I’m quite fond of it but he really needed the other two rather conventional characters to play off.

The scripts were mostly provided by writers with plenty of experience in the genre and the best episodes, such as The Man in the Elegant Room and The Pied Piper of Hambledown, achieve a pleasing sense of the surreal. The stories scrupulously avoid any hint of the supernatural or the paranormal. They do occasionally flirt with marginally science fictional elements, although less so than The Avengers. No matter how bizarre the events described they must have a rational explanation so the strangeness has to come from the twisted nature, or the diabolical cunning, of the people responsible. And of course from the imaginativeness of the writing. 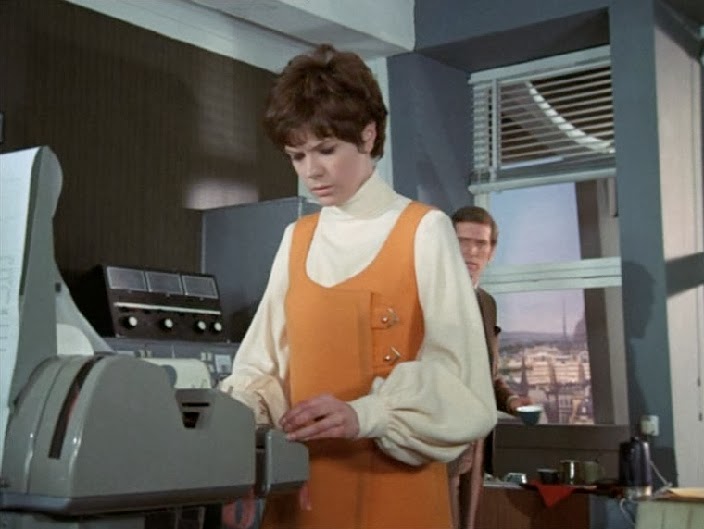 Like other British series of its era Department S relies on stock footage to establish the exotic locales in which the stories take place. There’s a lot of studio shooting but the reasonably generous budgets allow for quite a bit of location shooting so it doesn’t feel overly studio-bound. The budgets were sufficient to allow for reasonably impressive sets and at least a modicum of high-tech gadgetry. The series seems slightly more slick and more polished than The Champions, made just a couple of years earlier.

The series is also a treat for fans of excessive 1960s fashion with Jason's extraordinary suits and Annabelle's often delightfully odd outfits.

Department S achieved considerable international success, especially in Australia where Peter Wyngarde on a promotional visit received the kind of adulation normally reserved for pop stars. It remains one of the best of the ITC action/adventure series and in fact one of the high points of the golden age of British television. I personally rate it as one of the five best series of its type of that era.

The Region 4 boxed set from Umbrella includes a couple of delightful audio commentary tracks by Peter Wyngarde.
Posted by dfordoom at 00:28