I was initially sceptical about the idea of Darren McGavin as Mike Hammer. He was always an entertaining actor but Hammer is a very tough guy and exceptionally ruthless and I feared McGavin would make him too much of a lovable character. In fact he does a surprisingly good job. This is a much tougher Darren McGavin than I’ve ever seen.

Of course the character had to be watered down a little for 1950s network TV but he still comes across as a guy who leads with his fists and is sublimely unconcerned about kicking heads when it seems necessary. In one scene in an early episode, literally putting the boot in! When the guy is already down on the ground. His favoured method of soliciting information involves slapping people around. He also chases anything in a skirt. This is really pretty close to the authentic Mike Hammer.

The Hammer of the books is a tough hombre and has few scruples about bending the rules a little when he feels it’s necessary, but it’s an essential part of the character that he has a very clear personal morality and an obsessive sense of justice. And he has a definite sentimental streak - he’s a tough guy but he’s a sucker for a sob story.

McGavin captures this other side of Hammer pretty well. 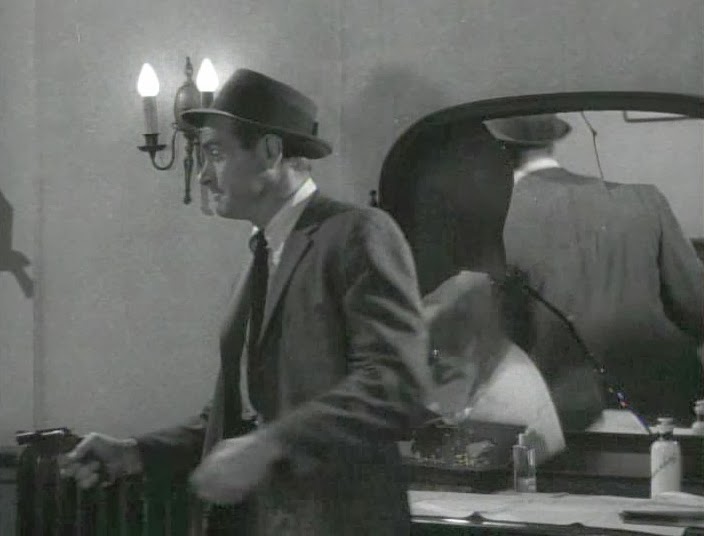 The series shows a marked film noir influence on the visuals, something that is a feature of so many of the best 50s American TV crime shows. It also nicely captures the seedy glamour of film noir, of night clubs and mean streets. The noir influence is apparent in the story lines as well.

As you'd expect there's no shortage of delightfully hard-boiled dialogue.

By the mid-1950s television crime series had largely driven the classic crime B-movie to extinction, but the best of these television series have the same rough-edged vitality and at times a surprising degree of toughness as well.

Half-hour crime dramas in the late 50s were made on very tight shooting schedules (episodes of M Squad for example were shot in two days). Despite the tight schedules Mickey Spillane’s Mike Hammer is a well-made series.

Hammer's buddy in the Homicide Squad, Captain Pat Chambers, appears in quite a few episodes. Fans of the books will be disappointed that Hammer's glamorous but tough secretary Velda isn't featured. 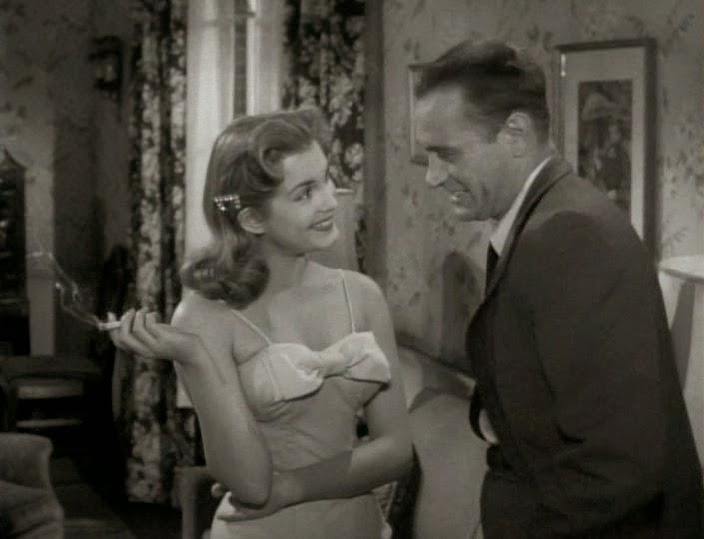 This was just one of the many private eye series on American TV in the late 50s and early 60s, but of those I've seen Mickey Spillane’s Mike Hammer is by far the best, with the optimum combination of action, hardboiled dialogue, sardonic humour and grittiness. It goes without saying that there is a total absence of political correctness here, another major bonus.

The series ran for two seasons, a total of 79 episodes (39 episodes was considered fairly standard for a season in those days).

I’m quite impressed by the episodes I’ve seen so far. I’m a big fan of Mickey Spillane and while the series isn’t quite the real deal it comes a good deal closer than I would have expected. And it’s thoroughly enjoyable.

The complete series has been released on DVD by A&E and it looks pretty good. Definitely a worthwhile purchase.
I've also reviewed season two.
Posted by dfordoom at 07:51