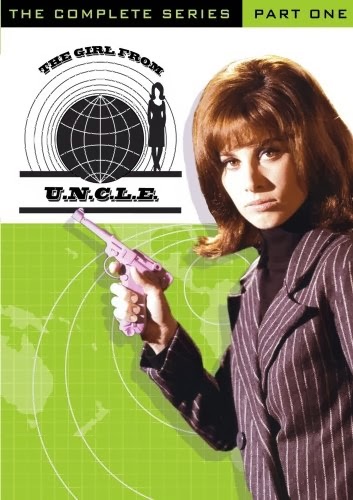 The idea of taking a successful series and spinning off another series from it has always had a seductive appeal to television networks. It seems like a sure-fire recipe for success and a neat way to avoid the risks always inherent in trying to sell a brand new series to the public. In practice it’s never been quite such a wildly successful idea but networks just keep on trying it.

There are two ways to do a spin-off. You can take a popular character or characters from the original successful series and give them their own series, utilising a similar but not identical format and relying on the popularity of the character to assure success. The Lone Gunmen spin-off from the hugely successful The X-Files is a classic example of this method, and the spectacular failure of The Lone Gunmen is a classic illustration of the dangers involved. Characters who added spice to a series when served out in small quantities as side-dishes can be overwhelming when served up as the main course week after week.

The other method is to repeat the formula of the original exactly, but with different main characters. That was the approach adopted for The Girl from U.N.C.L.E.. Glamorous girl secret agent April Dancer (Stefanie Powers) and her partner Mark Slate (Noel Harrison) took the place of Napoleon Solo and Ilya Kuryakin.

There are two major dangers to this method. The first is that if the original series has already been running for several seasons (and the The Man from U.N.C.L.E. was entering its third season by the time The Girl from U.N.C.L.E. debuted in 1966) viewers may be getting just a little tired of the formula. The second potential problem is that the success of the original series may have been due in large measure to the casting, so the same formula might not work twice. It’s like changing the ingredients of a successful recipe - the new flavours might not combine quite so pleasingly. 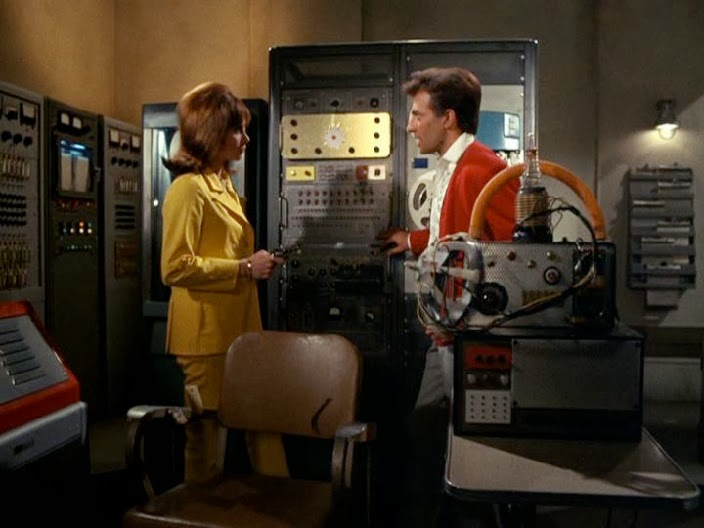 The problem of course was that the enormous success of the Bond movies convinced the producers  of other spy movies and spy TV series that a tongue-in-cheek approach was the way to go for every spy movie or TV series. What was overlooked was that such a tongue-in-cheek approach is immensely difficult to pull off successfully. The balance has to be just right. It has to be done with some subtlety, as it was in the Sean Connery Bond movies. If you overdo it you end up with a pure spoof, a quite different genre with its own dangers. If you go down that road you might as well do the whole thing as pure comedy, as Get Smart did (and did very well).

Having said all that, The Girl from U.N.C.L.E. is not without its charms. Stefanie Powers is fine, although I can’t help suspecting she might have been better had the series adopted a more serious tone. She doesn’t quite have the assured comic touch of a Diana Rigg. At times also April Dancer seems to get herself into trouble and in need of rescuing a bit too easily. Mind you her partner Mark Slate seems just as accident-prone. Noel Harrison might also have been a little more confident had the series taken itself a little more seriously.

The series does have some very good moments though. The Mother Muffin Affair with Boris Karloff in drag and Robert Vaughn putting in a guest appearance as Napoleon Solo is a great episode, although again the problem is that Napoleon Solo takes the lead and April Dancer is left seeming to be not quite capable enough to handle a mission on her own. Powers herself is somewhat overshadowed in the acting department in this episode, although of course almost anyone is going to have trouble keeping up with Karloff in full flight. 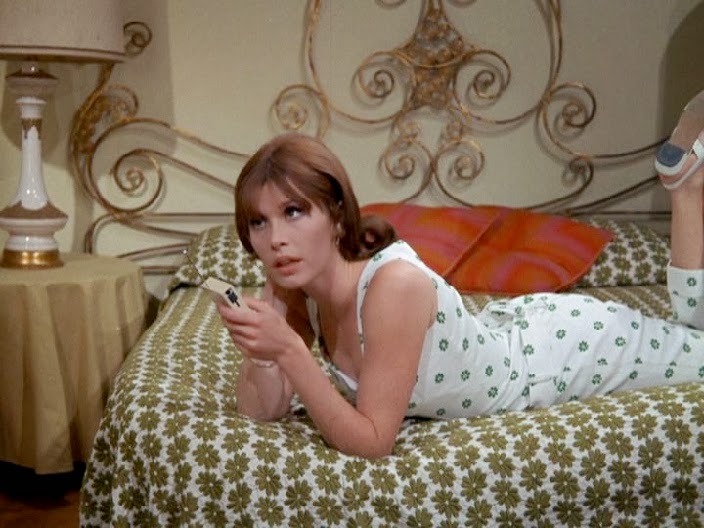 The Horns-of-the-Dilemma Affair tends to suggest that the producers were not quite sure which way to jump. It’s a slightly more serious episode and it works very well. The use of the horns of the bull (you’ll have to watch it to find out what I’m talking about) is a very nice touch.

Unfortunately from there we go straight to The Danish Blue Affair, a truly dire exercise in over-the-top self-parody.

One very odd feature of several episodes is Mr Waverly doing the action hero bit, rather unexpected given that Leo G. Carroll was 80 at the time!

The Girl from U.N.C.L.E.’s biggest problem is that inevitably it’s going to be compared to The Avengers, and the comparison is not going to be in its favour. The Avengers trod the fine line between ironic high camp and mere silliness very sure-footedly indeed. Diana Rigg and Honor Blackman both did the glamorous female spy bit with a good deal more assurance than Stefanie Powers. In fact Linda Thorson has the edge on Powers as well. It’s not that Powers isn’t reasonably good, it’s just that in that genre she’s up against some very stiff competition.

If you can put such comparisons aside The Girl from U.N.C.L.E. can be fun although it can hardly be described as a must-watch series.

Warner Home Video have released The Girl from U.N.C.L.E. on DVD in two half-season boxed sets.