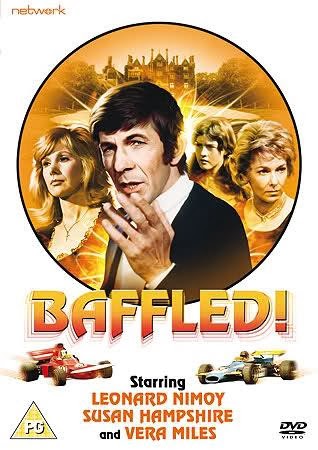 Baffled! is a real oddity. This 1973 Anglo-American made-for-TV movie got a theatrical release in Britain but it was actually intended as the pilot for a television series that never got off the ground. It’s easy to see why the series was not greenlighted but although it’s a failure it’s an interesting and strangely entertaining failure.

Leonard Nimoy is a racing car driver named Tom Kovack. He’s leading a race in Pennsylvania when he has a vision and crashes his car. He’s shaken up but unhurt and that night in a TV interview he talks about the vision he saw. Psychic researcher and occult expert Michele Brent (Susan Hampshire) watches the interview and realises immediately that Tom’s vision was the real thing, that he’s a genuine psychic.

She contacts him. He’s sceptical but she is very charming and very beautiful so he hears her out. She fails to overcome his scepticism but when Kovack has another, even more disturbing, vision he realises she was right. He agrees that they should go to Britain, to Wyndham in Devon, the site of his vision. The manor house that he saw in the vision is a stately home whose owner rents out rooms during the tourist season. Michele and Tom book rooms in the house.

They uncover some very strange goings-on. Movie star Andrea Glenn (Vera Miles) and her daughter Jennifer are staying in the house, Andrea hoping for a reconciliation with her estranged husband who lives in the village nearby, Jennifer hoping to finally meet her father. Then Jennifer starts behaving very oddly. It’s as if she’s gone from being twelve years old to being fifteen overnight. Michele has warned Kovack that dark forces are at work and it seems these dark forces are working through Jennifer. 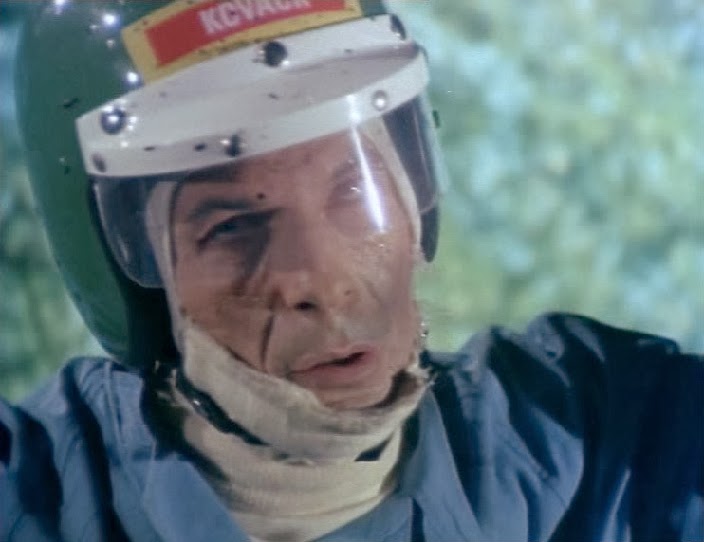 But there is more. Why does the landlady (played by Rachel Roberts) seem to be getting younger every day? And why has Andrea’s husband not appeared?

The plot certainly has potential - it boasts an evil child, eternal youth, missing husbands, psychic visions, kidnappings and a general air of extreme weirdness. The basic premise, a reluctant psychic and a psychic expert acting as amateur occult detectives, is excellent and offers plenty of flexibility.

Susan Hampshire is superb. She is a fine actress and she was no stranger to this sort of material, having got her first big break in the excellent science fiction TV series The Andromeda Breakthrough in the early 60s, and having also made an excellent horror fantasy movie in 1971 called Malpertuis (in which she plays no less than seven roles and acts Orson Welles off the screen). She’s perfect for the role. She manages to be obsessive without seeming weird or crazy, she’s likeable without being cloying, she’s sexy in a classy sort of way and she’s pert and lively.

So far it all sounds good. So what went wrong? Sadly the answer to that is Leonard Nimoy. His performance is all over the place. One suspects that he was concentrating too hard on not being Spock rather than just being natural. But worst of all, there is absolutely no chemistry between the two lead characters. The script makes it obvious that there is supposed to be both a sexual and romantic attachment building between the two characters as well as a sense of camaraderie. It just doesn’t happen onscreen. Susan Hampshire tries her best but Michele and Kovack are just too badly mismatched. 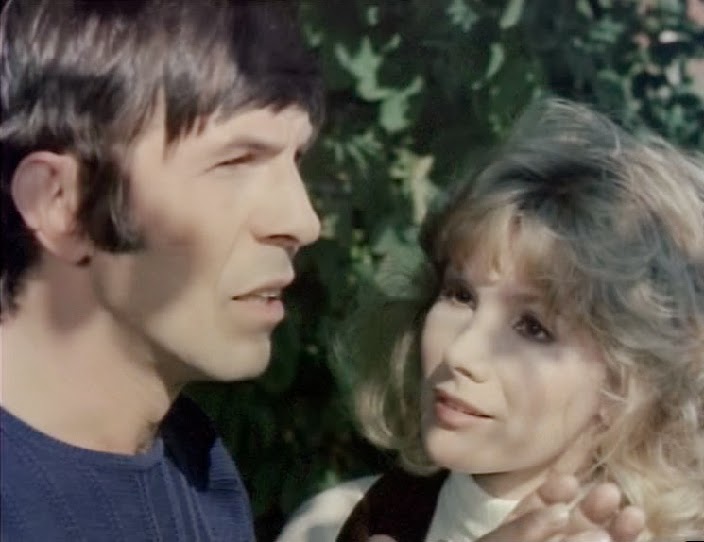 The screenplay also struggles with the task of introducing the two characters who were to be the stars of the series while trying to hold the story together and it perhaps throws too much into the mix.

The production values are reasonably high and the atmosphere of subtle strangeness is suggested quite effectively.

Had it been given a second chance and bit of a re-think it might have had potential. There was nothing particularly bad about the concept. As it stands, despite Nimoy’s outrageously wrong performance it all ends up being fun in a campy sort of way. Enjoyable enough, and worth a look for its curiosity value if nothing else.

The original TV-movie pilot episode of Baffled! has been released on DVD in Region 2 by Network DVD and it looks pretty good.