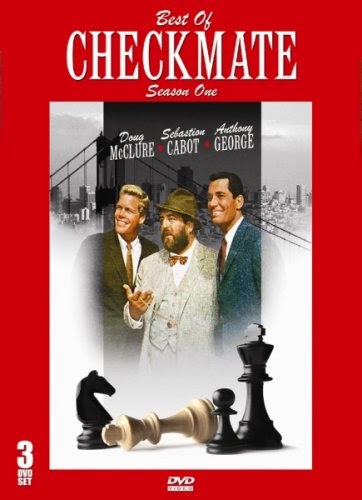 Checkmate was a US series that ran on the CBS network from 1960 to 1962. It was created by Eric Ambler, one of my favourite writers of thrillers and crime/espionage fiction and that in itself is sufficient reason for me to want to give this one a look.

There are a couple of episodes of Checkmate included in one of the Mill Creek boxed sets that I have. Sound and picture quality is, as you’d expect from Mill Creek, deplorable. On the other hand the set includes 150 assorted episodes of crime shows and works out at around 12 cents an episode so it’s unreasonable to complain too much.

And one of the two episodes, The Human Touch, guest stars Peter Lorre so that was another major point in its favour straight away.

I enjoyed these two episodes enough to pick up the Best of Checkmate boxed set.

The series centres on the cases undertaken by a very slick up-market firm of private investigators known as Checkmate Inc. The firm basically consists of two private eyes played by Anthony George and an absurdly young Doug McClure along with a psychologist/general-purpose scientific advisor played by Sebastian Cabot (who was quite a fixture on American TV at that time).

The firm is very selective in the cases it takes on. They don’t deal with routine investigations like divorce work. The case has to be challenging enough to get them interested and their reputation is such that they can afford to pick and choose their cases. They also tend to specialise in cases where there is a threat of a crime being committed, rather than cases where the crime has already taken place.

While 1950s crime series were pretty much stuck with the very restrictive half-hour format that was standard at that time Checkmate benefits considerably from the more generous one-hour format which is probably one of the series the scripts are a little bit more adventurous. 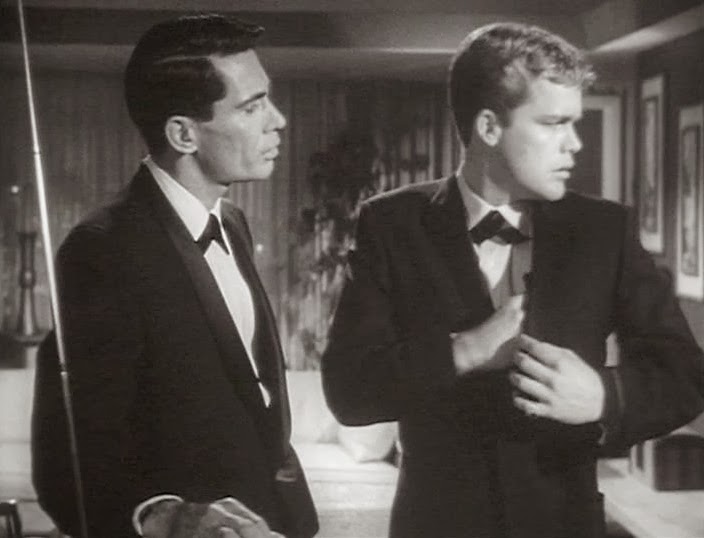 The scripts are definitely of above average quality and the stories are well thought-out and managing to avoid the more obvious clichés of the genre. Some episodes, such as Laugh Till I Die, take hackneyed themes but give them a new twist. Others, like The Paper Killer which deals with a comic book writer whose most famous fictional hero is apparently trying to kill him, are genuinely original and inventive. Hot Wind in a Cold Town is even better, with an atmosphere of brooding menace and more than a touch of the bizarre.

The series obviously had a certain amount of prestige judging by the galaxy of very big name guest stars who appear.

Don Corey (Anthony George) is the boss while Jed Sills (Doug McClure) provides the muscle and Dr Carl Hyatt (Sebastian Cabot) provides the brains and the scientific knowledge. Corey has the polish needed when dealing with the sorts of clients the company attracts, clients who are usually wealthy and prominent citizens.

While other private eye series at the time focused on the seedy side of city life or on the glamorous world of night-clubs and jazz bars the operatives of Checkmate Inc move in the world of high society and celebrities, a world that of course has its own darker side. 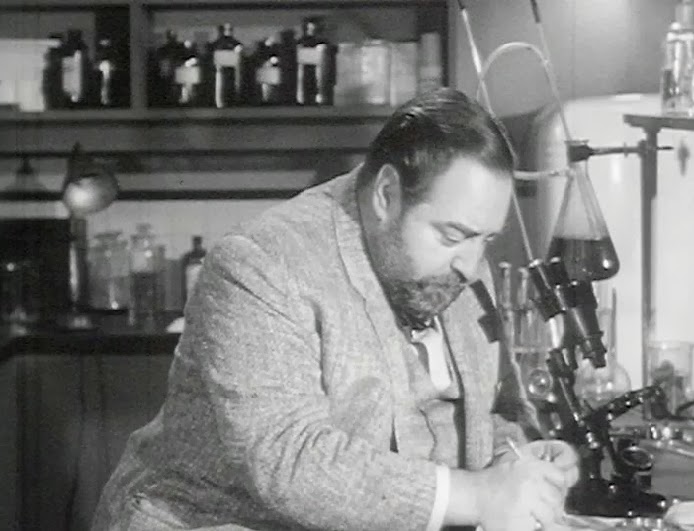 All three leads are very good although Sebastian Cabot does tend to steal most of the scenes in which he appears. The three main characters with their differing areas of expertise provide the balance such a series requires, and all three actors (and McClure and Cabot in particular) have a certain charisma, another essential ingredient for a successful series.

The series ran for two seasons but in the early 60s a season was a lot longer than it is today and a total of no less than seventy episodes were made. Checkmate impressed critics at the time with its intelligence and class and it still impresses today.

The Best of Checkmate boxed set was issued by Timeless Media Group and includes twelve episodes. Picture quality isn’t stellar but it’s quite acceptable and for the fairly modest price the set offers good value. The entire series is also available on DVD although with a significantly stiffer price tag. Still it’s an interesting and original enough program that it’s probably worth investing in the complete series sets.