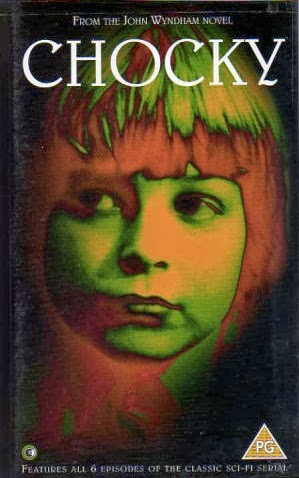 The premise of both the novel and the series is that Matthew, a 12-year-old boy, suddenly appears to have an imaginary friend named Chocky. Only this imaginary friend may not be imaginary at all. His parents become increasingly worried, especially when a psychiatrist tells them that in his opinion Chocky is most certainly real.

The interest of the story is that it’s a kind of science fictional twist on the demonic possession idea, but the real twist is that Chocky really appears to be rather benign. Perhaps even benevolent. Having your son possessed by an alien entity, even an apparently benevolent one, is of course still rather disturbing.

The series benefits from some fine acting. James Hazeldine is particularly good as Matthew’s father. His performance is nicely restrained. He’s clearly worried about his son but he’s also determined not to make the mistake of over-reacting. Carol Drinkwater is also good as Matthew’s mother.

Andrew Ellams as Matthew is just right. Matthew is pretty ordinary, apart from the alien possession thing of course. But basically he’s an ordinary kid, not at all precocious, and really pretty likeable. Much of the time he was having to do scenes involving interacting with a being that the character could see, but he as an actor could not, Chocky being represented by a special effect added later. That kind of acting is challenging for an experienced actor but Ellams handles it effortlessly. 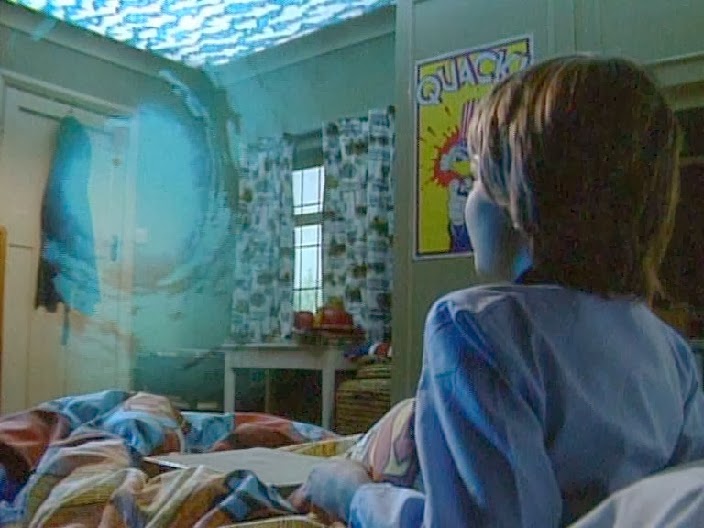 John Wyndham was probably, of all the great science fiction writers, the most quintessentially English. And also perhaps the most understated. Even in his disaster novels it was his subtle and low-key style that contributed to the impact of his stories. The TV series captures the same sort of feel. Very ordinary English people suddenly confronting something totally inexplicable and terrifying, but dealing with it with quiet courage and resolution. Chocky is the most low-key of all Wyndham’s novels but Thames succeeded in turning it into a rather entertaining series. Recommended.

The series was successful enough to spawn two sequels, neither of which I've seen and both of which have a rather poor reputation.

The original series is available on Region 2 DVD on its own and in a boxed set that includes the two sequel series.
Posted by dfordoom at 20:15