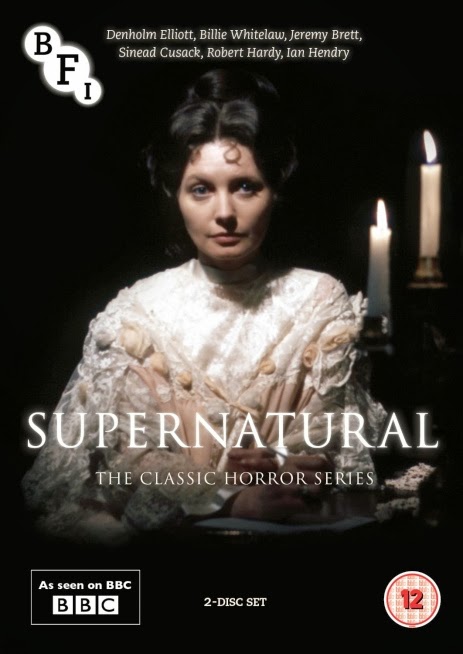 The idea was quite a good one. An exclusive society, the Club of the Damned, demands an unusual qualification for membership. Prospective members must tell a tale of the supernatural. If the story succeeds in chilling the nerves of the existing membership then the would-be member is admitted. If the story fails to satisfy even one member then not only is membership refused - the prospective member forfeits his life.

Muller’s stated intention was to revive the classic gothic tale, relying on atmosphere and ideas rather than blood and gore. He also chose to use period settings rather than to employ the dubious and difficult technique of trying to tell gothic stories in a contemporary setting. Laudable intentions indeed. There are however a few problems.

By 1977 British television series were starting to break out of the studio-bound shackles of the early years of British television. Supernatural is however very studio-bound indeed. The stories often take place in exotic locales. The usual method of dealing with this in 1960s British television was to use some stock footage to set the location and then film everything else in the studio. Supernatural uses a different technique. It uses paintings and camera tricks to evoke its exotic settings. It’s an interesting technique that at times works surprisingly well. The fact remains that the series does remain very studio-bound and by the standards of 1977 looks a little old-fashioned. Visually the series could have been filmed a decade earlier.

The limitations of studio shooting could be turned into an asset by an imaginative director and a gothic series might well have benefited from the kind of claustrophobic feel that a good director could achieve in a studio. Supernatural unfortunately often looks merely cheap. 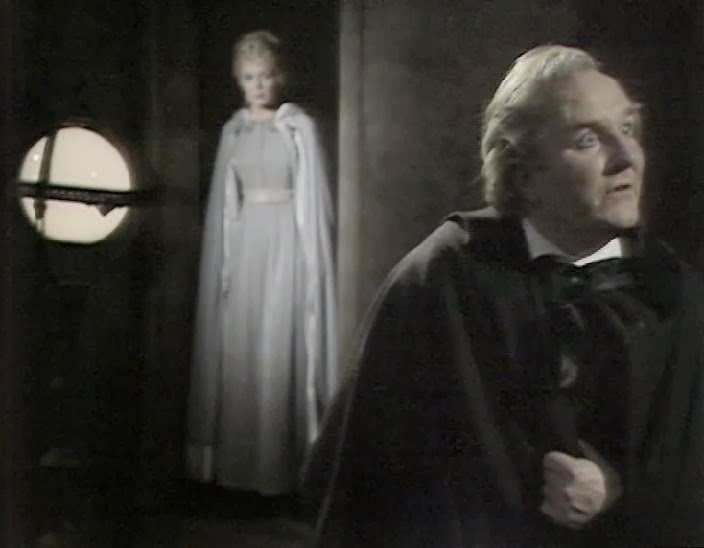 The series certainly had some fine acting talent at its disposal, but even this could at times be a problem, as we shall see.

The first episode, Ghost of Venice, deals with ageing Shakespearian actor Adrian Gall (played by Robert Hardy). He is obsessed with the idea that during a very successful season in Venice some years earlier something was stolen from him. Something very valuable indeed. Oddly enough his wife can remember nothing of any robbery having taken place at the time. Nor can the Prefect of Police in Venice, a kindly man and an old friend of Gall’s.

In fact something really was stolen from Gall, but it was not material goods. The difficulty with this script is that the nature of the stolen goods is revealed rather too early, which has the effect of making subsequent events less ambiguous and more predictable than they should be. The other key plot point is also revealed too early. As a result this episode doesn’t quite manage to deliver the punch it needed. Robert Hardy was a fine character actor but his performance is allowed to become rather too hammy.

Having said that, Ghost of Venice is still an interesting and original idea even if the execution is not all it might have been. 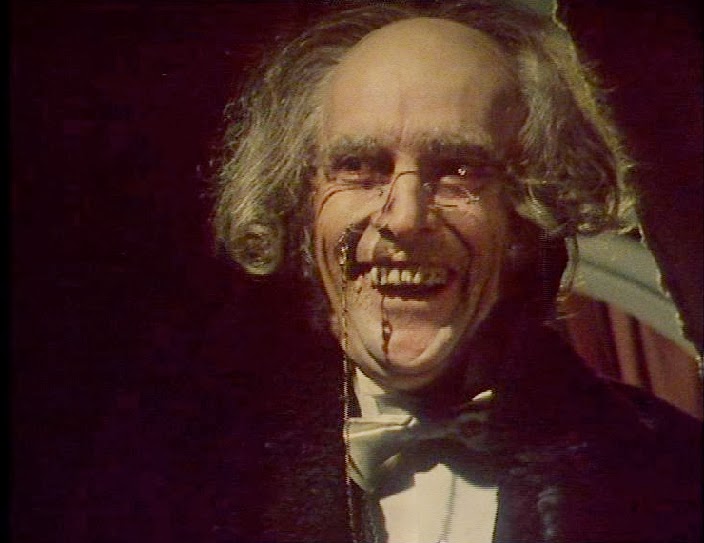 The Mr Nightingale episode has far bigger problems. Again it’s potentially a good idea. Jeremy Brett plays the title character, a rather shy and obviously virginal Englishman lodging with a German family in Hamburg. It’s a doppelganger tale, a staple of gothic fiction. Like Ghost of Venice this episode also attempts to bring the gothic tale up to date by adding sex to the mix. Unfortunately this episode’s desperate attempt to create an atmosphere of sexual repression is somewhat overdone.

Jeremy Brett’s performance can only be described as grotesque. Grotesque, but not in a good way. Brett was always inclined to resort to sceney-chewing and was always at his best when this tendency was kept under a certain amount of control. In this case however he goes completely over the top, and unfortunately he also goes completely off the rails. Lesley-Anne Down also overacts and the combination is not a happy one. The script is all over the place and Brett’s wayward performance makes the episode seem more ridiculous than chilling.

Despite my disappointment with the first two episodes I determined to give this series another chance, and Night of the Marionettes certainly marks a distinct improvement. It’s a genuinely good idea and this time Muller makes the most it. It is 1882. Howard Lawrence is a scholar who has devoted his career to a study of the lives of Shelley and Byron. He is particularly obsessed by the summer the two poets spent at the Villa Diodati overlooking Lake Geneva. It was there that Byron, Shelley, Mary Godwin (soon to be Mary Shelley) and Dr John Polidori competed in telling ghost stories, as a result of which the 19-year-old Mary Shelley began a novel, the novel being of course Frankenstein. 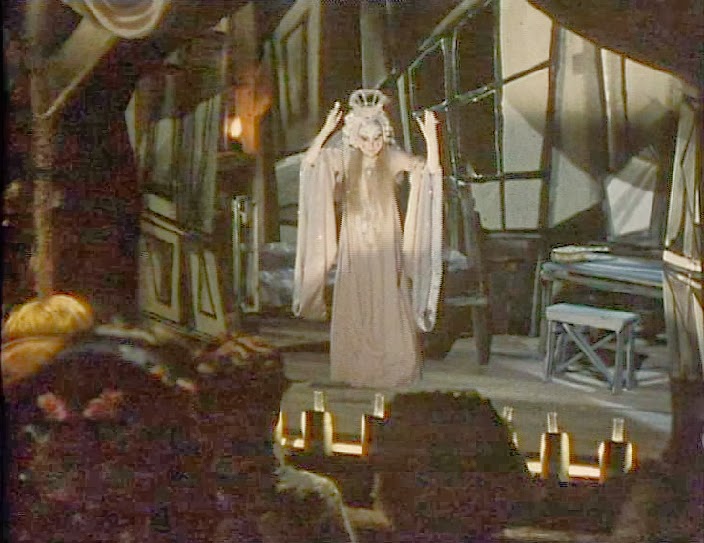 Howard Lawrence and his wife and his daughter (significantly named Mary) have lodged at a small inn in Switzerland. Lawrence convinces himself that Shelley and his wife stayed at this same inn before travelling on to the Villa Diodati. There are rarely if ever any guests at this inn but the innkeeper makes a living by running a marionette theatre. A very extraordinary marionette theatre. Lawrence and his daughter will witness some very strange events in connection with this theatre, events that will give Lawrence the answer to the literary puzzles that have long obsessed him, but he will pay a high price for the knowledge he gains.

The performances in the marionette theatre, with its sets remarkably reminiscent of German Expressionist films of the 1920s, are effectively creepy and this episode goes on to deliver some genuine chills. Vladek Sheydal is superb as the sinister innkeeper while Pauline Moran is excellent as Mary.

Viktoria (the only episode not written by Muller) has some reasonably good ideas but self-destructs due to its obsession with trying to view Victorian sexuality through the prism of late 1970s feminist wishful thinking. Lady Sybil suffers also from Muller's determination to impose Freudian silliness on the past. On the other hand Dorabella is an effective and atmospheric vampire tale.

Supernatural was an intriguing idea but so far I have to say that it's extremely uneven. It’s a series that’s not entirely without interest but viewers are advised not to set their expectations too high. The BFI's recent UK DVD release offers decent transfers.
Posted by dfordoom at 01:53