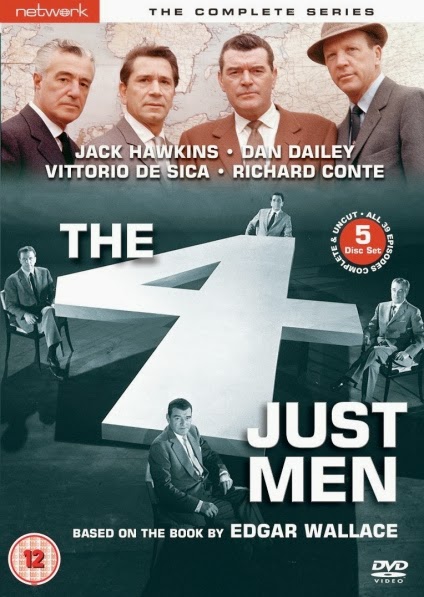 The Four Just Men was an ITC series made by Sapphire Films for British TV in 1959. It was inspired by Edgar Wallace’s mega-bestselling books featuring the Four Just Men.

Four men who had served together during the war in commando-style operations meet up again a decade and a half later to create an informal international organisation to fight for justice in areas where the police and the law have failed. Ben Manfred (Jack Hawkins) is a British MP, Jeff Ryder (Richard Conte) is a professor of law at Columbia, Tim Collier (Dan Dailey) is a Paris-based American journalist and Rico Poccari (Vittorio de Sica) is the owner of an exclusive hotel in Rome.

Each episode focuses on the activities of one of the four stars. In common with so many British TV series of its era the cast has a transatlantic feel with two Americans and one Briton, although the addition of an Italian is unusual.

It’s an idea with potential, but it doesn’t quite come off. This is partly because of the half-hour format, which sometimes makes the cases seem a bit trivial, certainly too trivial for such an organisation to take an interest in.

Another problem is that Edgar Wallace’s Four Just Men were not private detectives or mere amateur crime-fighters - they were more like vigilantes. Their TV counterparts do at times seem like little more than glorified private detectives. The TV version also lacks some of the edginess of Wallace’s. It might be unkind but it would not be entirely inaccurate to call the Four Just Men of the TV series the Four Bleeding Hearts. They seem afraid to get their hands dirty and the stories are somewhat sentimental and predictable. There’s no sense of moral ambiguity. These are men who seem to view the world in terms of conventional moral platitudes. 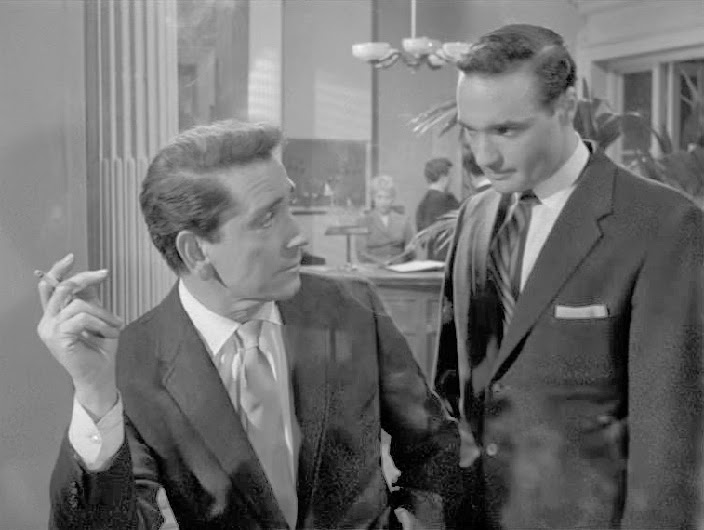 The writing is a little weak also - there’s a reluctance to take risks. The tone of the series is unbearably earnest and self-satisfied, reminiscent of the worst excesses of the Hollywood “social problem” movies of that era. The audience cannot be trusted to form their own conclusions - they have to be bludgeoned into accepting the writers’ conclusions. The writing is manipulative. It’s like being lectured to.

The writing has other blemishes. In The Judge, one of the episodes featuring Richard Conte, we discover that all small-town people are dumb, vicious, small-minded hypocrites and every official in every small town is corrupt. Big city people on the other hand are all honest and fearless crusaders for social justice. In Village of Shame we discover that every single person in France was in the Resistance during the war. Both are irritating examples of lazy writing.


Episodes like Dead Man’s Switch are examples of this series at its absolute worst - nauseatingly self-righteous and manipulative to a degree that becomes positively offensive. This is an episode that illustrates the contempt that politically motivated writers so often have for their audience. It treats the viewer like a small child being lectured by Nanny. 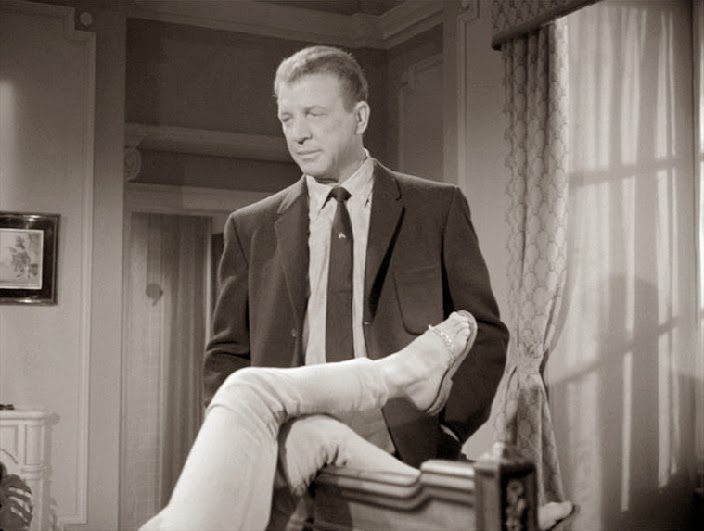 On the plus side the series does feature two of my favourite actors, Jack Hawkins and Richard Conte. They both do their best despite the scripts but unfortunately it shows Conte at his worst, smug and irritatingly self-righteous.. Dan Dailey is OK, but Vittorio de Sica is a bit cringe-inducingly earnest.

By the standards of 1959 this was a rather expensive series, which may have been the factor that sealed its fate after a single season. It ruined Sapphire Films, although on the evidence of this series that might not have been a bad thing.

The money spent on the series doesn’t really show - it still has the very studio-bound feel we associate with TV of the 50s and 60s.

On the whole this series is a major disappointment. This is not just bad television; it is truly awful television. It proves that even in television’s golden age there were still some prize turkeys. Network DVD have done quite a nice job with the DVD release though.
Posted by dfordoom at 00:58