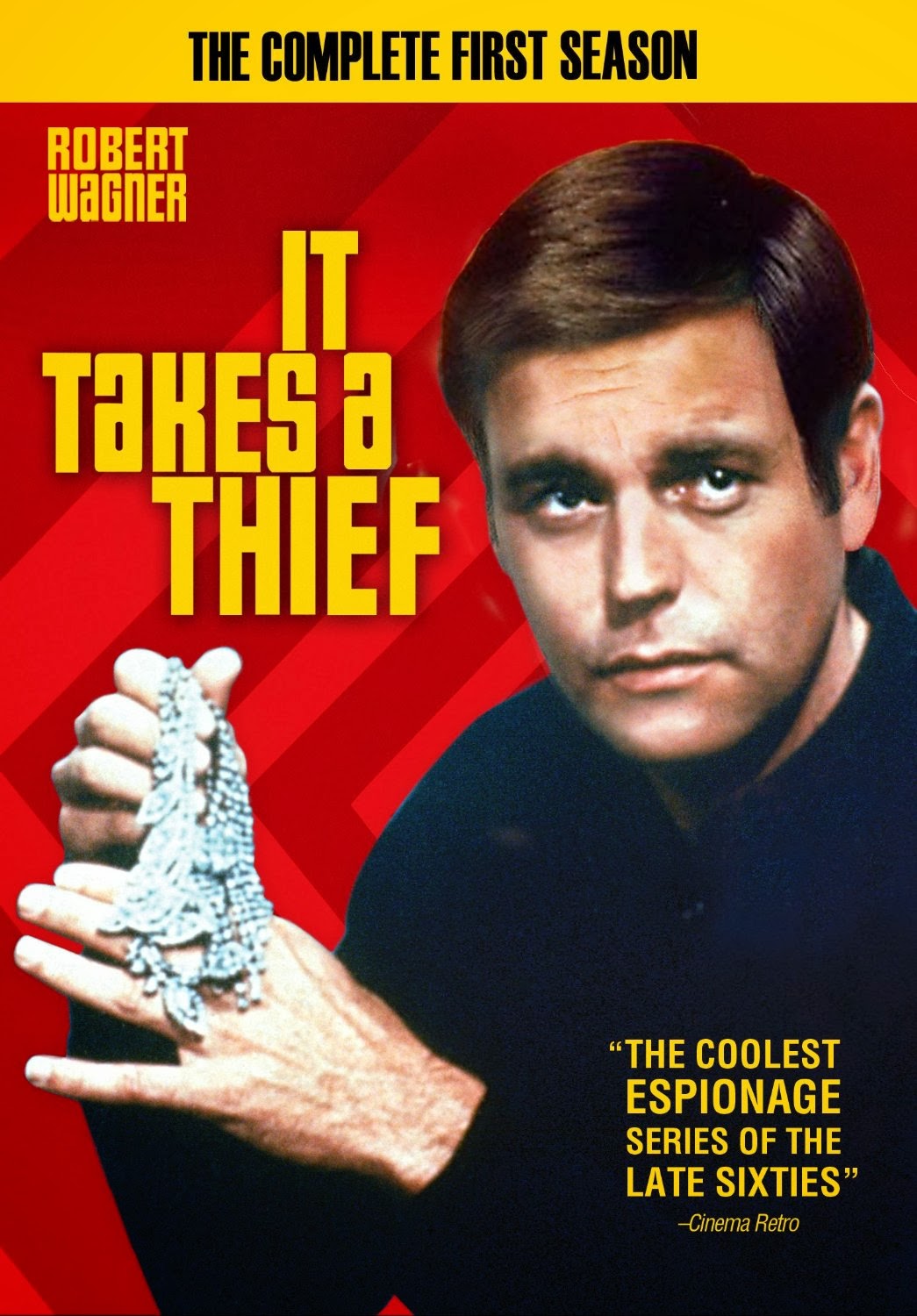 It Takes a Thief was a spy series that ran from 1968 to 1970 on the American ABC network. It follows what was by then a well-established formula for such series that had been lain down by series such as The Man From U.N.C.L.E. and Mission: Impossible.

All three seasons have been released on DVD but at this stage it’s the first season I’m concerned with, for the very good reason that it’s the only one I’ve bought so far.

Alexander Mundy (Robert Wagner) is a very successful cat burglar. At least he was very successful until he got caught and found himself facing a very long spell in prison. Not a very pleasant prospect, especially for a thief who had developed a very definite taste for the finer things in life. Then Mundy receives an offer he can’t refuse. He can get out of prison, but only on the condition that in future he does his thieving for the US government. One of the major intelligence agencies has decided that such a skillful thief would make a very useful spy.

Being a spy doesn’t especially appeal to Mundy but it sure beats sitting in a prison cell.

The premise of the series means that it is even more rigidly bound to a formula than most spy series. Since Mundy’s only secret agent skill is his ability to steal things every episode has to be built around that one skill. In every episode Mundy has to break into, or talk his way into, some very well-protected building of some sort and steal something, or occasionally plant something. 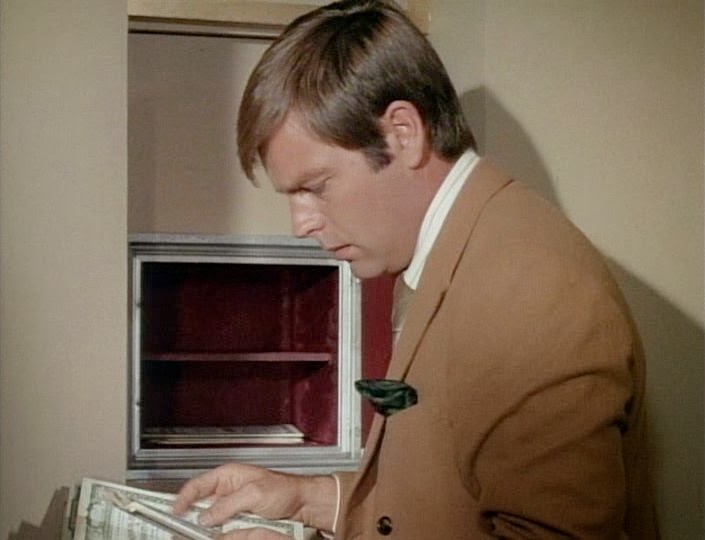 By this time television producers in the US (and to a large extent Britain as well) had arrived at the conclusion that the best way to disguise the fact that all the plots were very similar was to send the hero to exotic locations which would with any luck make the same basic plots seem reasonably fresh. Obviously no television series boasted budgets big enough to fly the cast and crew to actual exotic locations, so the exotic atmosphere was achieved by the judicious use of stock footage, the right kind of set dressing, and supporting players who could assume foreign accents (not always very convincing but convincing enough). Since most of the adventures would take place in mythical countries there was no need to worry too much about making costumes and accents accurate as long as they looked suitably foreign.

It Takes a Thief follows this formula to the letter. While it’s certainly not a ground-breaking show it’s executed with considerable style and was successful enough to last for three seasons.

In common with so many television series of its era the formula received a minor makeover for the third season, with the departure of Malachi Throne and the introduction of a new hero. The new hero was Alexander Mundy’s father Alistair, played by no less a personage than Fred Astaire. The idea was that Alistair would take over the lead role in occasional episodes. Astaire eventually appeared in five episodes. But as I’ve only seen the first season I’ll leave discussion of the later series to another time. 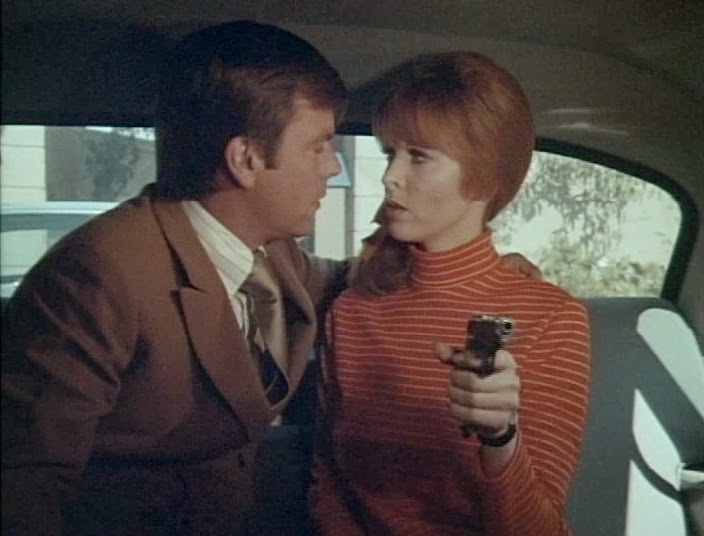 The absolutely crucial ingredient for a series of this type is the right hero played by the right actor and Robert Wagner fills the bill admirably. In some ways Alexander Mundy is an American version of The Saint - a sophisticated playboy type who hasn’t always been on the right side of the law but is now one of the good guys. And Wagner’s acting style is not wildly dissimilar to Roger Moore’s - it’s slightly tongue-in-cheek and very smooth and with plenty of charisma. Wagner can’t quite match Moore in the charisma department but he’s more than adequate.

The most interesting aspect of the series is the relationship between Mundy and his boss Noah Bain. They don’t particularly like one another but there’s a grudging respect. Wagner and Malachi Throne handle this relationship extremely well, playing off one another very neatly.

Alexander Mundy being something of a playboy it goes without saying that he will have a succession of glamorous female guest stars on whom to exercise his charms. Wagner does this quite adroitly and without becoming irritating.

It Takes a Thief is a triumph of style over substance, but the style is impressive enough and the first season is highly entertaining action adventure television.

It Takes a Thief has been released on DVD in Regions 1, 2 and 4. In Region 1 you can buy the first season on its own (and it can be found at a fairly reasonable price), otherwise you have to buy the complete series package which is a little on the expensive side. In Region 4 you can buy the three seasons individually but all they’re all very pricey.