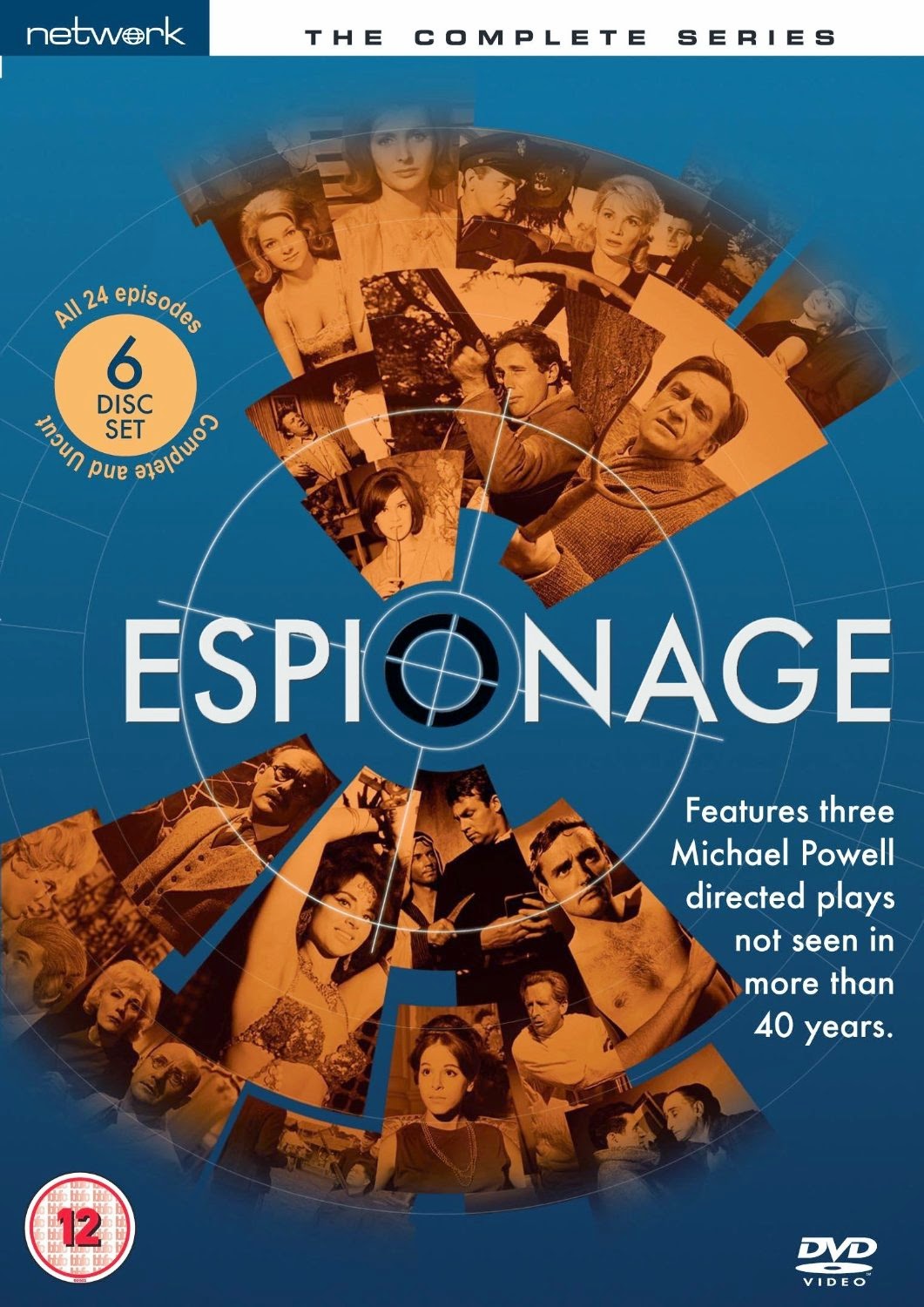 Espionage is a British 1963 television espionage series from ITC. Unusually for a TV spy series it is an anthology series with each of the 24 48-minute episodes being an entirely self-contained drama.

Given this format there was no regular cast but the series employed a galaxy of interesting actors from both Britain and the US, including Dennis Hopper, Steven Hill (who went on to star in Mission: Impossible), Martin Balsam, Patrick Troughton, James Fox, T. P. McKenna (who later played the Soviet master-spy Richmond in Callan), Bernard Lee and Donald Pleasence.

The problem with this kind of format is that such a series can end up having no actual identity, being merely a series of disconnected stories with very little in common. Most successful anthology series solved this problem by having some unity of tone and some kind of commonality in approach. You expect a Twilight Zone episode to be spooky and quirky. You expect an Alfred Hitchcock Presents episode to be dark and twisted with a dash of black comedy. Unfortunately Espionage, based on the episodes I’ve watched so far, has no such unifying elements. The only common element is that all of the stories have at least a vague connection with espionage. Even that link is tenuous - episodes like He Rises on Sunday and We on Monday and The Dragon Slayer are concerned with revolutionaries than rather than spies.

Which raises another problem - while it is difficult to deal with a theme like espionage without dealing with politics at least peripherally this series often seems to be much more concerned with politics with only a passing interest in espionage. And nothing dates quite so irrevocably and embarrassingly as political television. 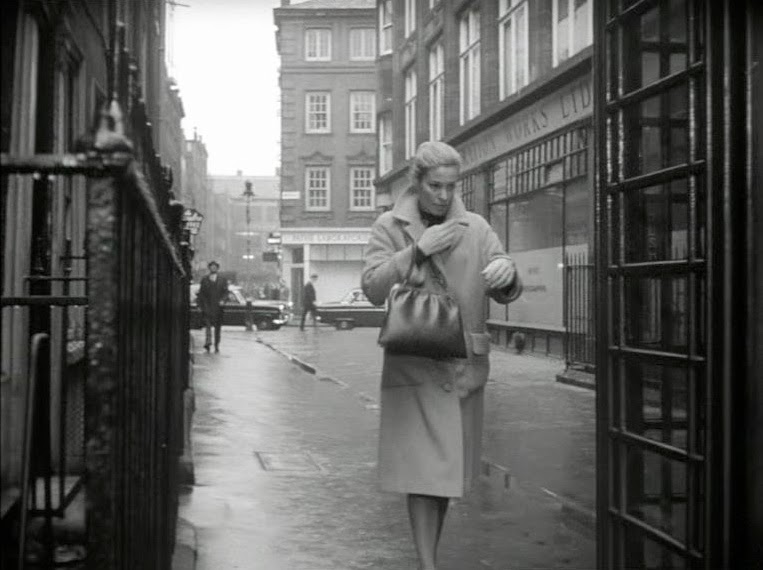 An anthology series is also likely to be more varied in quality than a conventional series, and that’s spectacularly true of this series which ranges from truly excellent to horrendously bad. Sad to say, the horrendously bad seems to outnumber the excellent by a considerable margin.

As with most series from this era the episodes were not necessarily screened in the order in which they were produced so there’s some confusion as to the episode sequence. When I refer to the “first” episode I mean the first episode in Network’s boxed set, which may not have been the first episode to go to air.

The first episode in the set is The Incurable One by Albert Ruben and Halsted Welles, and it’s a definite high point. It concerns Celeste (Ingrid Thulin), a Scandinavian countess who had worked as a spy for the Allies in the Second World War. She had been recruited and trained by American agent Andrew Evans (Steven Hill) and they had undertaken several dangerous missions together. Now the war is long over, but for Celeste it will never end. When you have been trained as a killer how can you adapt to peacetime life? This episode is superb intelligent television that focuses on the psychological cost of espionage rather than the glamour.

Next up is The Weakling, written by Arnold Perl, which has an extremely interesting an promising idea as its centre-piece. Alas it is derailed by some monumentally cringe-inducing acting excesses by Dennis Hopper and by a very basic mistake which gives away far too much of the plot far too early. Even worse it suffers from some spectacularly anachronistic dialogue. A World War 2 spy was unlikely to speak like an early 1960s beatnik, but that’s what happens here. This was something that was occasionally employed in the 1960s as a deliberate technique in an ill-judged attempt to make a story seem more “relevant” and up-to-date. That may have been the case here, or the director may simply have made the mistake of allowing Dennis Hopper to improvise his own dialogue. Either way it’s jarring and irritating. 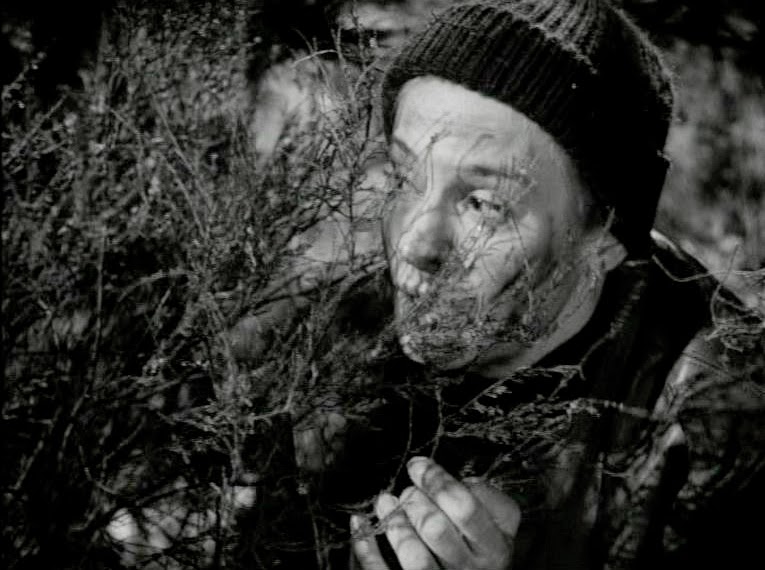 It’s a pity because the basic story really is very clever (and it is exactly the sort of idea that real-life spies like Ian Fleming actually came up with during the Second World War). To reveal any plot details would be to risk spoilers so I’ll content myself with saying that Hopper plays an American spy who ends up being caught by the Gestapo.

Covenant with Death, written by Peter Stone, is considerably better. Two young Norwegians have been helping Jews to escape across the border from German-occupied Norway to neutral Sweden. They have proved themselves to be brave and dedicated but in May 1942 they are two frightened young men who do a terrible thing because they see no other way out. In 1947 they face trial as a result. The episode cuts between the courtroom scenes and flashbacks to those fateful moments in 1942.

The series hits real problems with the next episode. Ernest Kinoy’s The Gentle Spies is truly awful. It concerns ban-the-Bomb protesters in contemporary Britain. The protesters are the usual mixture of starry-eyed idealists, cranks and foreign agents. This episode for irony but simply comes across as an embarrassing mish-mash of muddle-headed naïvete and adolescent emotional posturing. It’s clumsy and heavy-handed and it telegraphs its punches in a depressingly obvious manner. It’s overly earnest, a fatal weakness if you’re attempting satire.

He Rises on Sunday and We on Monday deals with the bungled Easter Rising in Ireland in 1916. Once again the series abandons espionage for clumsy political polemics, and once again the viewer is bludgeoned with a partisan political message. Even a fine performance by Patrick Troughton can’t save this episode from being crude propaganda. 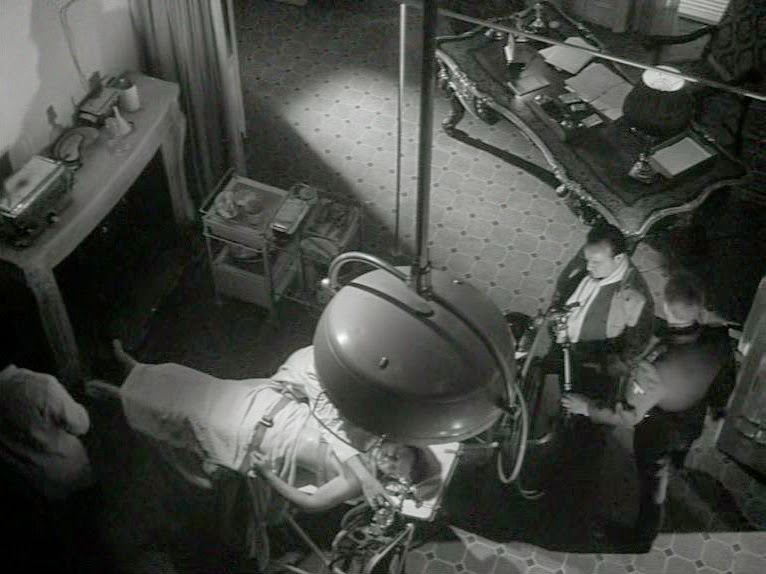 The Dragon Slayer deals with the revolutionary activities of Dr Sun Yat-Sen in China. What has this to do with espionage? Precious little, but the long-suffering viewer is again assailed with earnest political propaganda.

By this time the patience of even the most tolerant viewer has been tried beyond endurance and I find it difficult to believe that many viewers would choose further misery. By this point I felt I had suffered enough. Perhaps at some future stage I will be in a particularly masochistic mood and will struggle through a few more episodes. Just remember, gentle reader, that I have already suffered a good deal so that you won’t have to.

British television series of this era tend to have a characteristic studio-bound feel. This could be used to advantage to create a stifling atmosphere of entrapment, and that is very much the case with Espionage. It has to be said that the sets are imaginative and effective. I thought Celeste’s flat in The Incurable One was a marvelous example of a set that looked good and worked well, and it reflected her personality. It’s obvious that quite a bit of money was spent on this series.

Network DVD have done an exceptional job with this boxed set. Image quality is absolutely superb, remarkably so for an early 60s British series.

Espionage was an expensive series with a great deal of potential, most of which was sadly wasted. A couple of fine episodes, but there’s an enormous amount of dross to be sorted through for a few tiny nuggets of gold. I cannot in all conscience recommend this set.
Posted by dfordoom at 23:21