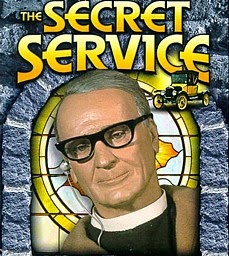 The Reverend Stanley Unwin (played by the real-life comedian of the same name) appears to be an ordinary country parish priest. In fact he’s a secret agent working for an organisation known as BISHOP. His assistant, who masquerades as his gardener, is Matthew Harding. Matthew handles most of the dangerous work, and does so in a rather strange way. The Reverend has a device known as the Minimiser that can shrink Matthew to one-third of his normal size. This allows him to go places where an ordinary man would be too easily detected. In fact much of the time he travels hidden inside the Reverend Unwin’s briefcase.

By 1969 Gerry Anderson was starting to feel that he’d gone just about as far as he could with puppets. In fact his problem was that the puppets were now too good. They were so lifelike that he might just as well use real actors, who were (generally) better actors than the puppets.

The Secret Service was a transitional program insofar as, in an attempt to achieve even more realism, it uses live actors for some scenes, particularly scenes involving movement (always the weakness of the puppets). It also uses both miniatures and real cars and aircraft. This, combined with the technique of having the same characters played by both puppets and real actors, gives the series a rather strange feel that doesn’t quite work. 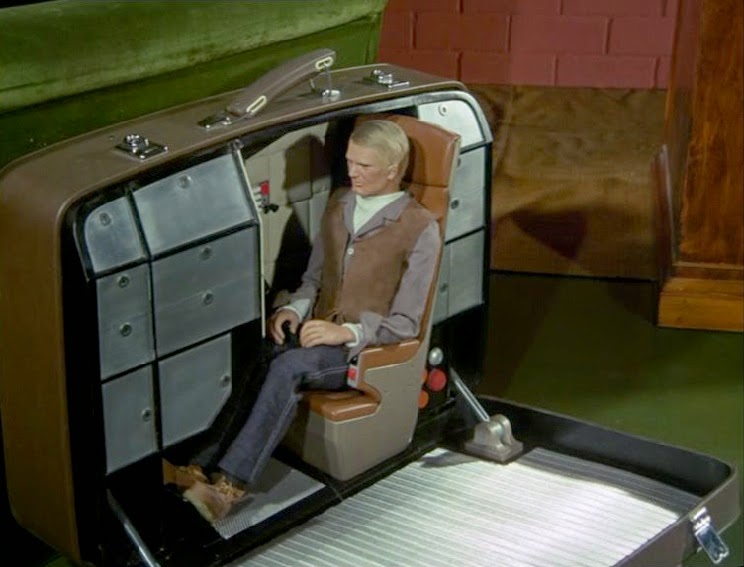 There are many other oddities about this series. The quirky nature of the program is apparent right from the start with the very strange theme music. Stanley Unwin also had a running gag that he’d been using in his comedy routines for years, of suddenly starting to talk in a strange gobbledygook which he called Unwinese. It’s basically incomprehensible nonsense but it sounds like it means something. This is incorporated into the show as a device the Revered Unwin uses to confuse his opponents. Whether this is an amusing or an irritating feature depends on your own personal taste. I find it mildly amusing.

Another strange and uneasy feature of this series is the ambiguous setting. Most of the time it appears to have a contemporary setting, which seems to be confirmed by the use of what are clearly real 1968-vintage commercial airliners (which I think are actually Vickers Viscounts) in the first episode, A Case for the Bishop. But then in the next episode, A Question of Miracles, we see miniatures representing futuristic cars and helijets. This is all somewhat disconcerting. The great strength of previous Supermarionation series such as Captain Scarlet  and Stingray was that they took place in fully-realised future worlds which were internally consistent. The partial abandonment of this future world was in retrospect a mistake. 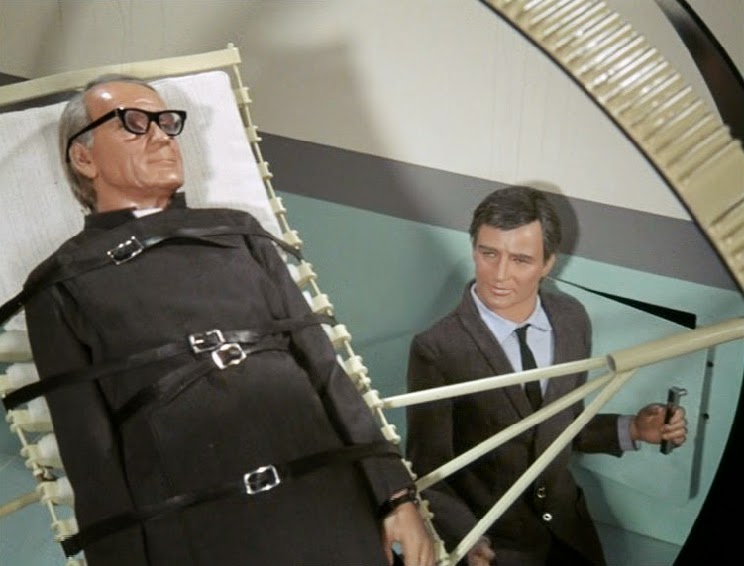 Lew Grade took one look at the series and cancelled it immediately. As a result only thirteen episodes were made. Gerry Anderson was actually quite pleased with the show’s cancellation since it allowed him to concentrate on his next project, UFO, in which he would switch entirely to the use of live actors. Interestingly enough, UFO reverted to the kind of futuristic world that had made the earlier series so successful.

While the weaknesses already enumerated certainly counted against it the real reason for the failure of The Secret Service was that it was just too quirky for its own good and Lew Grade was probably correct in his judgment that it would be impossible to sell to US networks. It’s also unfortunate that the first episode, A Case for the Bishop, is rather weak. The following episode, A Question of Miracles, is very much better and is closer in feel to the classic Supermarionation series.

To Catch a Spy is a routine sort of story but The Feathered Spies is unusual and entertaining. An episode like The Deadly Whisper sums up the series quite neatly. Donald James contributed scripts to most of the British sci-fi and action adventure series of the period. There was no doubting his ability to deliver perfectly serviceable scripts and The Deadly Whisper, involving a plot to use a top-secret high-tech gun to destroy an experimental aircraft, could have been a thoroughly satisfactory episode for any series of that type. And mostly it works quite well, except that in practice it has just a little too much of the series’ characteristic whimsicality. 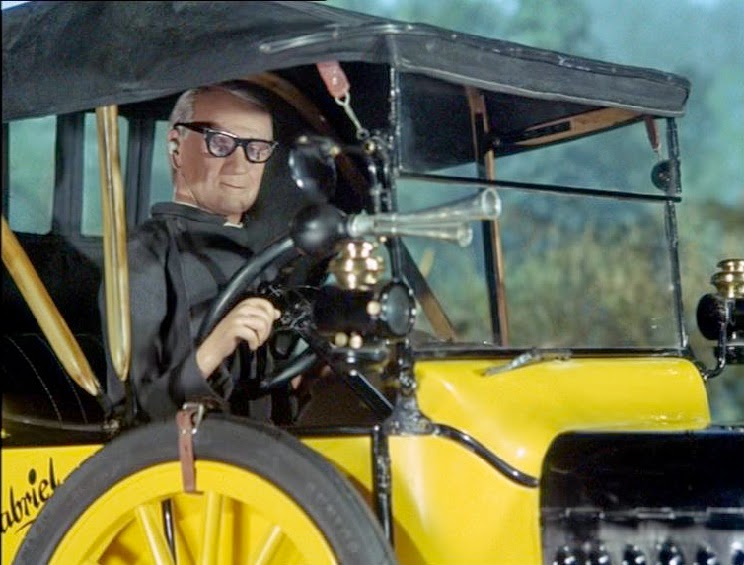 My impression from what I’ve seen of the series so far is that as it progresses it becomes more firmly anchored in the expected future world of other Gerry and Sylvia Anderson series.

The miniatures work is impressive, as was the case in all of Gerry Anderson's Supermarionation series, although the format of this series offers fewer opportunities for special effects compared to the earlier series. The secret agent in a suitcase idea is a good one and having the suitcase equipped with a periscope is a nice touch.

The idea of a village priest being a secret agent might have worked but with the series already suffering from a surfeit of whimsy it's just a bit too much. Having him drive a bright yellow Model T Ford adds to the problems, which are exacerbated even further by having even more comic relief being provided by Father Unwin's housekeeper.

The Secret Service cannot be described as a real success but it does have an odd charm and it’s worth a look.
Posted by dfordoom at 02:43