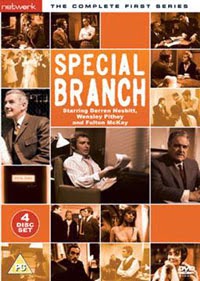 Special Branch was a rather unusual police drama series produced by Britain’s Thames TV. It ran from 1969 to 1974 (although with a lengthy hiatus between seasons 2 and 3).

The series was unusual because it reflected the unusual role of the real-life Special Branch (as it existed at the time). They were police officers, and they were in fact part of the Metropolitan Police, but they worked in conjunction with the security services. The duties of the Special Branch could range from arresting spies to protecting VIPs to border security. They did background checks on people in line for appointment to sensitive jobs and they collected intelligence on subversive organisations. They were not exactly spy-hunters, that was left to the Security Service, but they were in effect the enforcement arm of that service.

The series reflects these wide-ranging duties, which in themselves provide plenty of material for interesting television, while also dealing with the complex problems such duties brought with them. They have to walk a fine line between respecting the rights of citizens in a free country and protecting those citizens from very real threats. It’s not just a fine line, at times it becomes very blurred indeed. The biggest problem of all is political interference by politicians desperate to pander to public opinion, and senior bureaucrats more interested in advancing their careers than in seeing the job done properly.

They also have a very uneasy relationship with the Security Service, in the person of Charles Moxon (Morris Perry). Moxon gives them information they need but he can be very selective in doing so, and quite devious in withholding the most important facts of all.

Detective Superintendent Tom Eden (Wensley Pithey) is close to retirement age and is anxious not to jeopardise his pension while at the same time he is determined to do his duty. His duty as he sees it, which is not always the way either his superiors or his subordinates see it. Chief among his subordinates is Detective Chief Inspector Jordan (Derren Nesbitt). Jordan is young and ambitious. He is also flamboyant, a snappy dresser in the very latest styles, and a man with a definite fondness for the opposite sex. 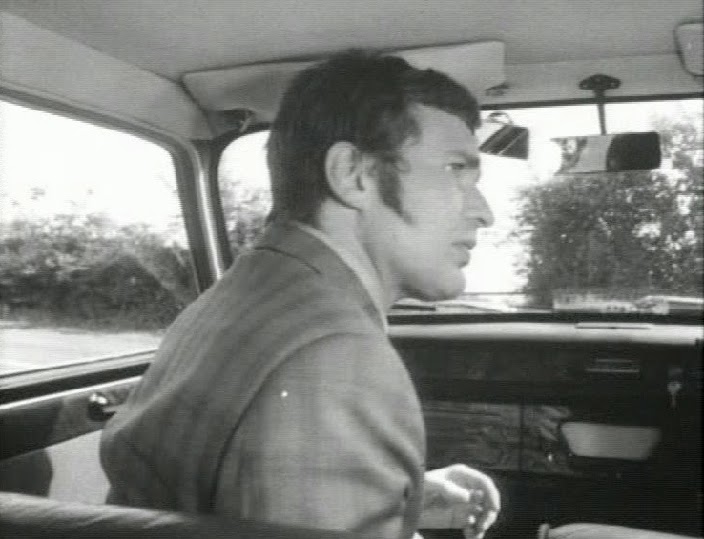 This sounds like a classic setup, with Eden as the crusty conservative old school copper and Jordan representing the new breed of forward-thinking policeman. The series however avoids falling into that obvious trap. In fact Eden is a bit of a bleeding heart and a stickler for civil liberties while Jordan, despite his trendy Carnaby Street threads, is far more conservative at heart. While Eden is inclined to bend over backwards not to tread on the toes of the protest generation Jordan has no patience for such nonsense and certainly has no patience with the counter-culture of the 60s. Jordan is also a very dogged and very conscientious policeman.

Detective Constable Morrissey (Keith Washington) is the new boy at Special Branch, as keen as mustard but painfully inexperienced. Despite his youth he regards any manifestation of 1960s youth culture with horror and contempt.

The mix of characters is excellent and gives the show not just balance but some nice dramatic tension as loyalties are tested in dealing with some exceptionally complex cases.

Some of the episodes could qualify as out-and-out spy thrillers while others focus on much more mundane cases. Good writing and fine acting allows the more mundane cases to be just as interesting as the glamorous ones. 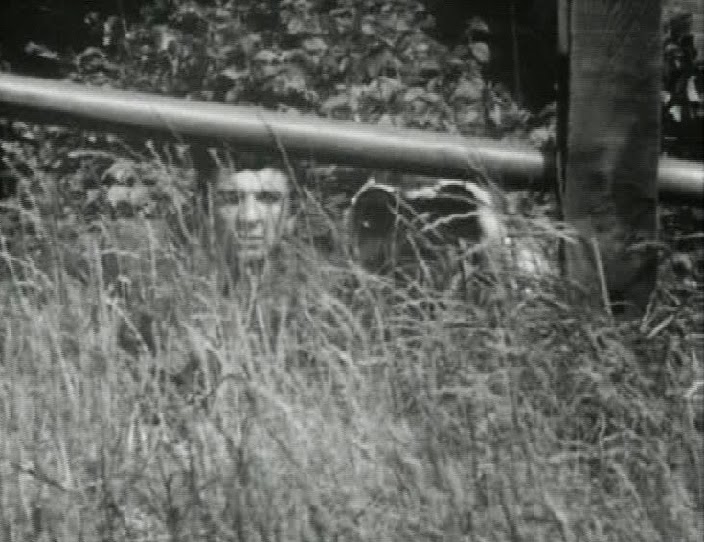 The writers are clever enough not to indulge in too much cynicism. The good intentions and hard work of the Special Branch officers comes to naught in many episodes due to political machinations but they are still professionals doing their jobs to the best of their abilities. The series does not veer too far in the direction of moral relativism. These are cops working to uphold a system that is far from perfect but it is always made clear that however imperfect the system might be, the alternatives are much more unpalatable. The job can on occasion be unpleasant but these are still the good guys. There is moral ambiguity in this series, but there is still right and wrong.

It was very common at this time for series to be given mid-life revamps but very few series ever underwent as drastic a revamp as Special Branch got in 1973. After two series virtually the entire cast was replaced. Even more importantly, Thames TV’s Euston Films division took over production of the show for this third season. Up until this time British TV shows were usually shot on videotape with location shooting done on film (which accounts for the sometimes jarring difference in picture quality between inside scenes and outside scenes), and were mostly shot in the studio. Euston Films changed all that with the last two seasons of Special Branch, with everything done on film and on location, and in so doing changed the face of British television, although the revolutionary nature of the change did not become fully apparent until the next series they tackled, The Sweeney.

As a result the last two seasons of Special Branch have tended to overshadow seasons one and two. That’s a pity because those first two seasons are in fact superb television. They might have been made in a visual style that would soon start to look old-fashioned but they are well-written well-crafted stories with real depth and complexity to them. And Detective Chief Inspector Jordan is, for my money, one of the classic British TV cops.