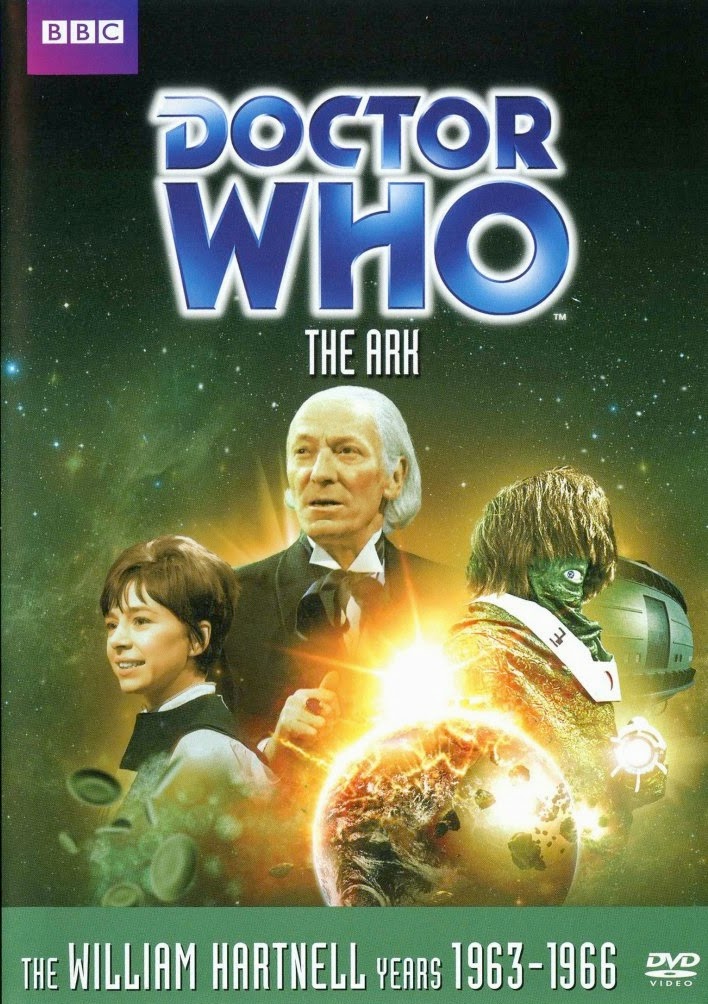 The Ark was the sixth serial in season three of Doctor Who and was originally transmitted in March 1966. The script was by Paul Erickson and Lesley Scott. It’s a rather ambitious story although it has its problems.

The Doctor along with his companions Steven and Dodo arrive on what they believe to be the Earth. They are in a jungle and while the animals are clearly Earth animals they come from all parts of the globe. This leads Dodo to assume they have landed in Whipsnade Zoo. But if they are in a zoo, why does the ground vibrate? They soon find out that they are of course in a spaceship.

Equally importantly, they appear to have travelled a very long way into the future. The Sun is about to explode and destroy the Earth. The entire human population (and apparently the whole animal population as well) are on board the ship, reduced to micro-cells. There are however quite a number of living humans, known as the Guardians. Also on board the ship are the members of a race known as the Monoids. The Monoids seem to function as servants although they also appear to be treated well.

The arrival of the Doctor and his companions has potentially disastrous and tragic consequences. Dodo has a cold. Pretty soon several of the Guardians have caught her cold. This is a problem since these future humans have no resistance to ancient diseases and their medical knowledge is rather rudimentary given the fact that most diseases were eliminated millions of years earlier. The Guardians are frightened and dismayed by this strange malady and react in a rather unfortunate manner, putting the Doctor, Steven and Dodo on trial. This is not the wisest course of action since the Doctor is the only person who might possibly be able to treat the disease. 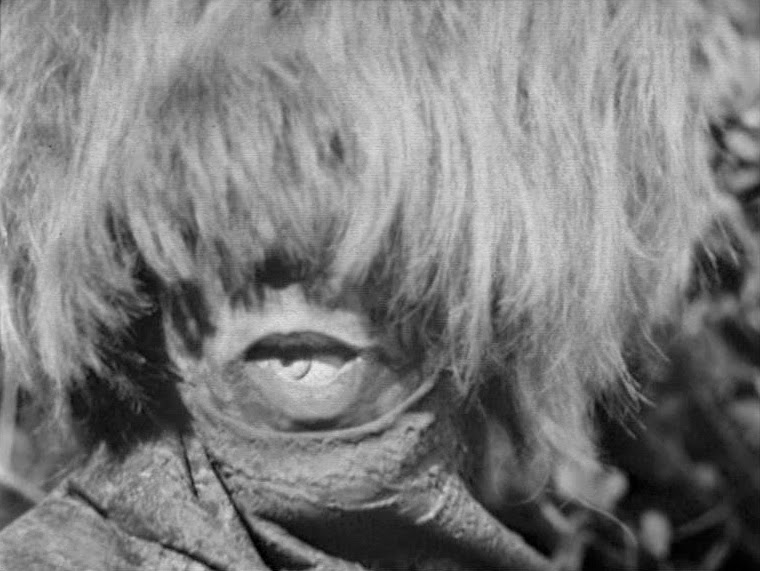 This serial changes course dramatically at the end of the second episode (with a very clever and very effective end-of-episode cliffhanger). This is one of the rare occasions on which Doctor Who writers really took full advantage of the Doctor’s ability to travel in time. To say anything more would involve spoilers and it’s a clever enough idea that it would be a great pity to spoil it.

The relationship between the humans and the Monoids turns out to be not quite as it originally seemed. And the fate of humanity hangs in the balance.

This serial features two alien races. The Monoids are not a bad concept and the idea of a single eye where you would expect to see a mouth is not a bad one. On the whole though the Monoids are not really very effectively rendered. The shaggy wigs are very unfortunate and the shambling gait also tends to make them dangerously close to being comical. The Refusians are much more unconventional and they work fairly well.

The sets are quite impressive and the jungle looks rather good - it’s inhabited by a number of real animals including an elephant! The costumes of the Guardians are a bit iffy - apart from looking a bit silly they’re also rather revealing. 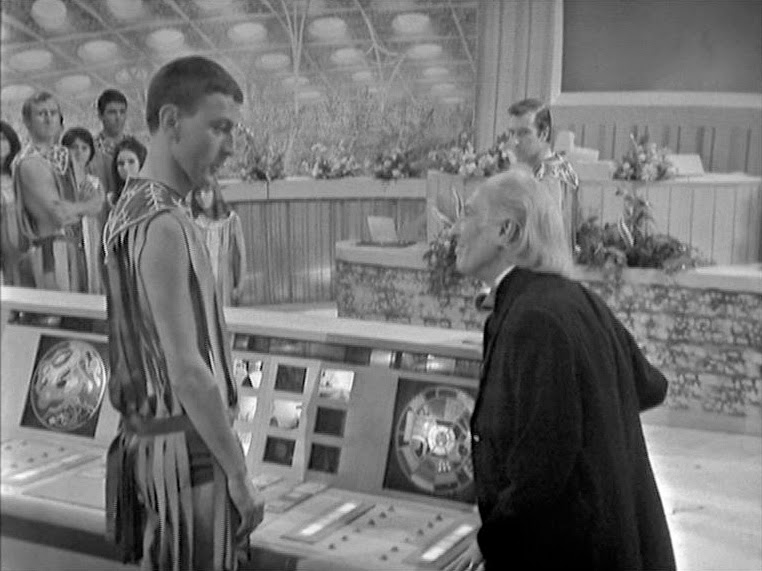 This is an example of Doctor Who’s ambitions outrunning its budget but generally speaking it works reasonably well. And you have to admire the production team’s willingness to be so ambitious.

This is the first serial I’ve seen featuring Steven and Dodo and as companions go they manage to be fairly personable and not actively irritating.

The years were starting to catch up with William Hartnell and he was starting to display a worrying propensity for fluffing his lines but he was a fine actor and he doesn’t allow this to have an adverse effect on his performance. Hartnell made a huge contribution to the early success of the series by taking the role seriously and by avoiding the temptation to make the Doctor simply a loveable dotty old man. His First Doctor is prickly and has quite an ego but he is also keenly aware that his ability to travel through space and time involves heavy responsibilities. If he makes a mistake, such as bringing a deadly virus to an isolated population as he unwittingly does in this serial, the consequences can be catastrophic. So it’s not surprising that he’s sometimes rather cantankerous. 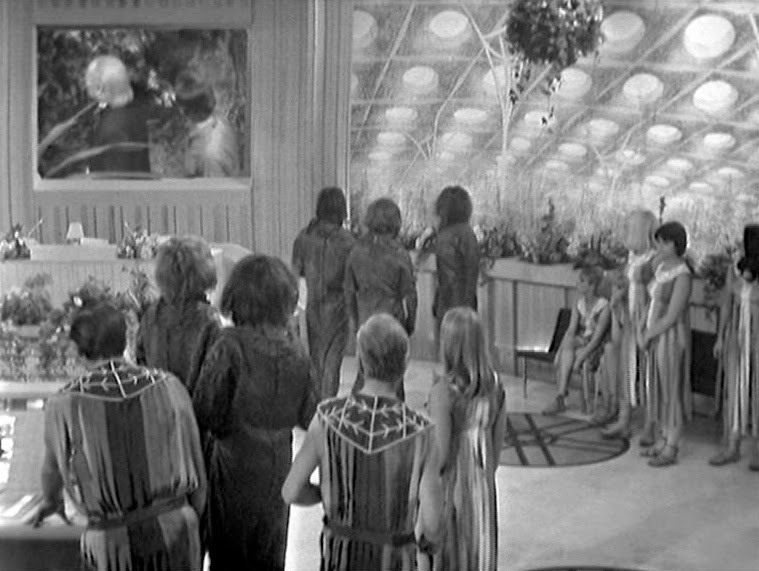 The extras accompanying the BBC’s DVD presentation include a mini-documentary arguing for the influence of H.G. Wells on The Ark. Certainly the relationship between the humans and the Monoids is rather Wellsian, Wells being fond of inserting his somewhat half-baked political ideas into his fiction.

The Ark has some good ideas, an ambitious story and a willingness to use the time travel angle boldly. The uneven quality of the makeup and the effects are minor quibbles.

This is a First Doctor serial that has not only survived in its entirety but in fairly good condition as well.

On the whole this is a pretty satisfying Doctor Who adventure. Recommended.
Posted by dfordoom at 22:14