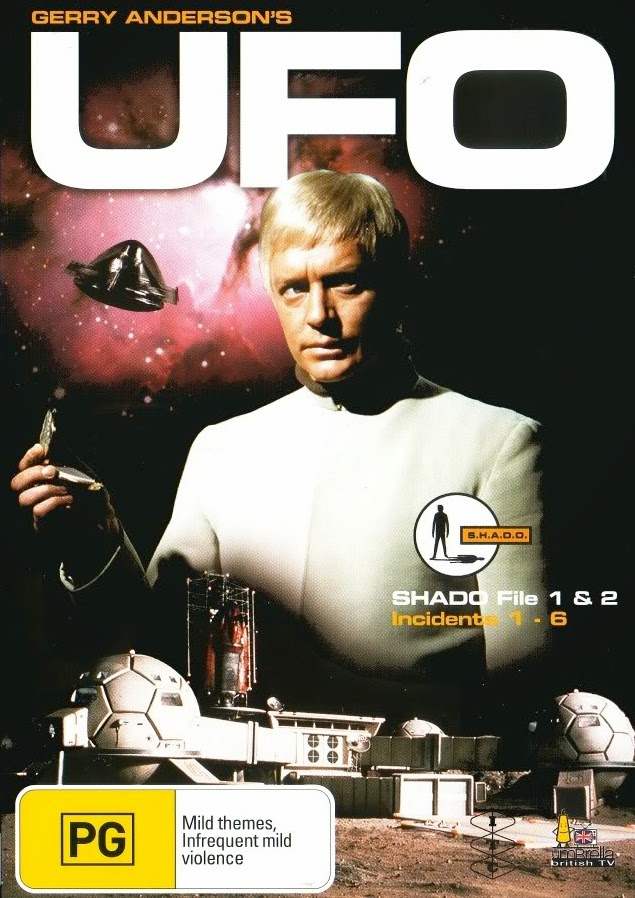 All of Gerry Anderson’s 1960s puppet science fiction series were great fun and were notable for a level of style and visual sophistication that was quite unexpected in what were after all puppet series aimed mainly at children. The odd man out among these shows was Captain Scarlet and the Mysterons. For a puppet series it was extraordinarily bleak and downbeat. It was a superb series that still holds up incredibly well today. In fact it was so bleak and downbeat that in retrospect it should have been done as a live action series aimed at an adult audience, which was of course exactly what Gerry Anderson had wanted to do right from the beginning. In 1969 Anderson finally got to do UFO, a science fiction series with live actors aimed at an adult audience, and it’s perhaps not surprising that UFO is very similar thematically to Captain Scarlet and the Mysterons.

In both cases Earth faces a menace that threatens its very survival and the menace is all the more terrifying in that the danger comes from an unknown enemy whose motivations are obscure. And in both cases there is no way of striking back at the enemy. All humanity can do is try to defend itself and success seems very uncertain indeed.

Stylistically UFO owes a lot to Gerry Anderson’s excellent and very underrated 1969 science fiction feature film Journey to the Far Side of the Sun (also known as Doppelgänger).

UFO kicks off with the episode Identified which gives us the backstory we need to understand the series. The episode begins with a kind of prologue set in 1969. There’s been a series of incidents involving UFOs going back for quite a few years and various governments, particularly the US and British governments, have now decided that action needs to be taken. It is no longer possible to ignore the evidence. A high-level meeting is to take place between the British Prime Minister and a senior American general. The evidence is contained in a file in the keeping of an American officer, Colonel Straker (Ed Bishop). There is another UFO attack which Straker narrowly survives. 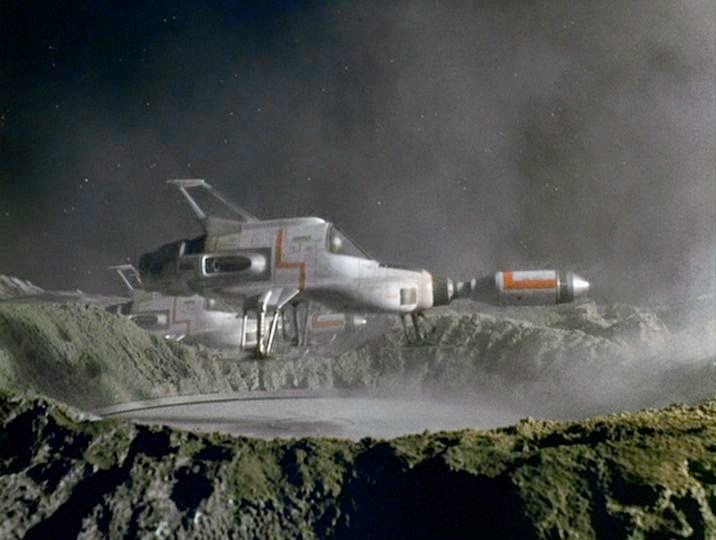 We then jump forward to 1980. Straker is now in command of an international military organisation, SHADO (Supreme Headquarters Alien Defence Organisation). And SHADO may be on the verge of achieving one of its chief goals - the capture of an alien, still alive. The episode fills in the backstory neatly and economically, it includes some action, gives us a glimpse of some of SHADO’s high-tech weaponry, and most importantly it establishes the tone of the series - dark and brooding, intelligent and complex, with an emphasis on the human cost of the struggle. Anderson insisted, in the face of considerable misgivings on the part of ITC, on ending the first episode on a very downbeat note. It was a courageous move but it works.

It also had the advantage of making it clear that UFO was not going to be a kids’ adventure series. It was going to be grown-up science fiction dealing with serious and sometimes tragic themes and it was going to be an intriguing mix of glamour and grittiness. In fact the mood of the series is almost identical to that of Captain Scarlet and the Mysterons but with the advantages of an hour-long format allowing greater story complexity and character development.

UFO would turn out to be bleak and uncompromising at times but it never succumbs to the temptation of fashionable cynicism or nihilism. SHADO’s struggle is a difficult one, there will be defeats and even when victories are won the price is sometimes high but it is an absolutely necessary war and SHADO’s personnel are motivated and determined.

Straker himself is very much aware of the costs but he is unshakeable in his resolve. In fact at times he becomes (despite being an American) a rather Churchillian figure. 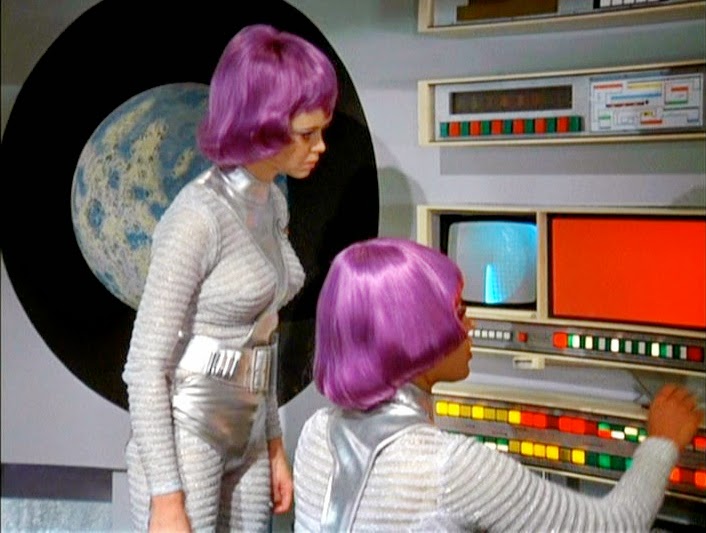 If there’s one theme that dominates this series it’s the responsibility, and the loneliness, of command. There are times when Straker has to make decisions that are necessary but that can cost people their lives. He has to balance individual lives against the greater good. He is also keenly aware that an incorrect decision can cause valuable opportunities to go to waste and these opportunities may not recur. He has to make the right decision. Straker is not the sort of man to shirk his responsibilities. He enjoys the challenge of command but there is a personal cost, sometimes a very high one. A private life is a luxury he cannot afford. Throughout the series the issue of command is stressed and it’s dealt with in an intelligent and complex manner.

Computer Affair is an episode that is very typical of this series’ approach. Gerry Anderson was always keen to have female characters in responsible positions and one of the most important commands in SHADO is held by a woman, Lt. Ellis (Gabrielle Drake), commander of Moonbase. At the same time this episode is prepared to deal directly with the potential problems of having men and women fighting side by side - emotional entanglements are inevitable and can cause serious difficulties and can cost lives. The episode deals with these issues intelligently and unflinchingly.

Flight Path is another fine episode focusing on the human costs of the struggle against the alien invaders and on the conflicts between duty, loyalty and emotion.

The Square Triangle demonstrates the moral difficulties that can confront a secret organisation. A crime may have been committed but any investigation of the crime could threaten SHADO’s security. 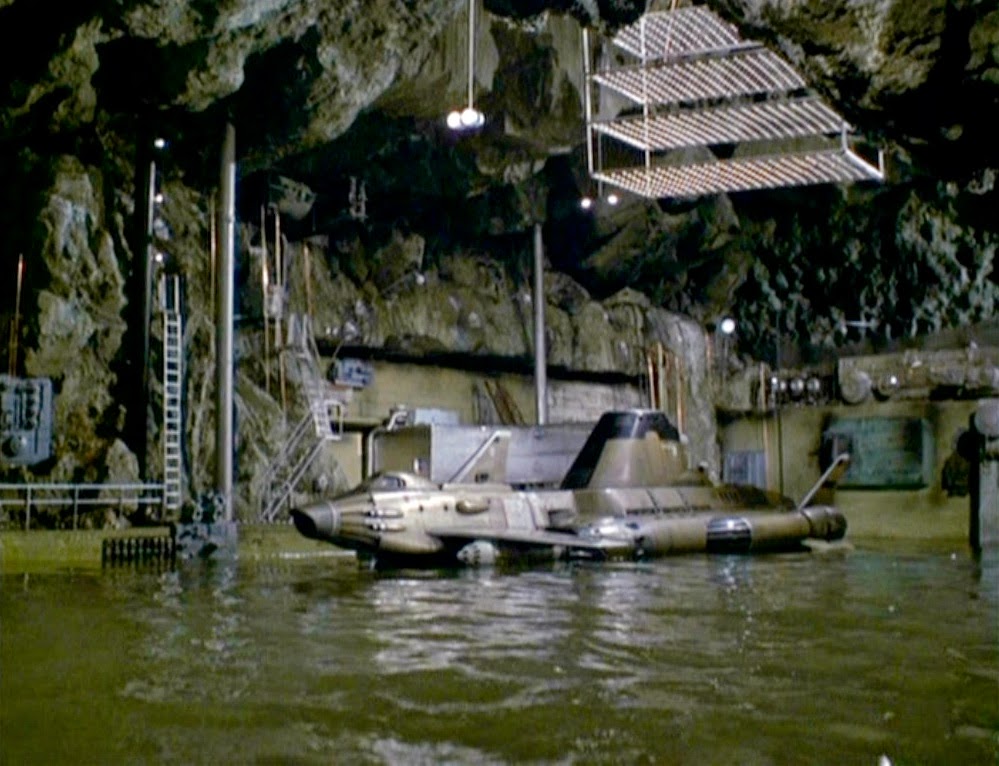 The emphasis is always on the human dimension. The action scenes are well-executed but they’re used to advance the story and to make a point. If a particular story doesn’t require action scenes then they’re kept to a minimum. The production team was confident enough in the ability of the writers (and the actors) to engage the viewer’s attention without non-stop action. Despite its very strong character-driven focus the series is never in danger of becoming dull. The characters are sufficiently real to make us care about them and the situations they find themselves in are sufficiently interesting to keep us involved.

There’s also a heavy reliance on suspense rather than continual action.

Ed Bishop’s performance as Straker is extraordinary. Straker is not an obviously sympathetic character but we grow to respect him and Bishop is able to give just a touch of wry humour to humanise him. The acting in general is exceptionally good, with the actors appreciating the opportunity to do a science fiction series and still be able to do some real acting.

Other major characters, such as Straker’s second-in-command Colonel Alec Freeman (George Sewell), Colonel Paul Foster (Michael Billington) and Moonbase commander Lt Ellis (Gabrielle Drake), are also more complex than was usual in sci-fi series. The relationship Straker and Colonel Freeman is particularly interesting - they’re friends and they have great respect for each other’s abilities but their approaches and their philosophies are very different, leading to a certain amount of tension. Straker is able to subordinate everything to the number one priority, combating the aliens. Freeman struggles with this concept. He knows Straker is right but he still has difficulty reconciling some of the decisions that have to be taken with his own moral code.

Unfortunately (according to Sylvia Anderson) George Sewell was deemed to be not sexy enough for US audiences and was replaced by Wanda Ventham, playing Colonel Virginia Lake. Ventham is quite a good actress but this was definitely a bad move, removing one of the series’ more interesting characters.

UFO is about a war and victory involves paying a price. It involves moral compromises. Very few science fiction TV series, before or since, have been prepared to confront such subject matter as boldly and as uncompromisingly as UFO. It’s not only by far the best of all Anderson’s series, it’s one of the very best science fiction series ever made. Superb television.
Posted by dfordoom at 06:44