The Avengers - A Touch of Brimstone 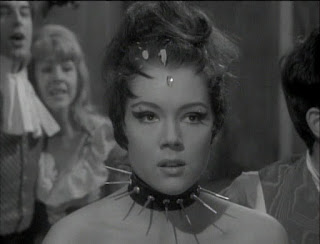 Yes, this is it, the infamous banned episode of The Avengers, A Touch of Brimstone. Or at least it was banned by the network in the US during the initial run of the series there. It was screened in Britain in February 1966, despite censorship difficulties, and became the most-watched episode of the series. The censorship difficulties were caused by Mrs Peel’s notorious appearance as the Queen of Sin, and most of all by the scene in which Mrs Peel is whipped.

It’s also famous for featuring one of the great Peter Wyngarde’s finest performances.

It all starts with a series of pranks. The pranks are the sort of thing that would appeal to teenaged boys except that the victims are public figures, often foreign diplomats, and they’re causing all sorts of international repercussions.

Steed has a strong suspect in mind, the Honourable John Cleverly Cartney (Peter Wyngarde), a clever but dissolute minor aristocrat. Cartney has revived the Hellfire Club. There were in fact several real-life Hellfire Clubs in Britain during the 18th century, the most famous being the one established by Sir Francis Dashwood in 1749. They were places in which young gentlemen could indulge themselves in all manner of debauchery and libertinage. 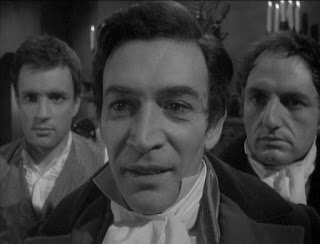 Cartney’s club has the same aims as the original Hellfire Clubs - debauchery with political overtones.

Steed thinks he can get a lead through the young and foolish Lord Darcy, one of Cartney’s cronies. Mrs Peel’s job is to get close to Cartney. She certainly has no trouble attracting his attention. And no trouble getting invited to a meeting of the Hellfire Club.

Steed of course will have to join the Hellfire Club as well, and go through the initiation.

You won’t be surprised to learn that Cartney is planning something much more ambitious than a club for drinking and wenching.

We get some fine fight scenes, including a sword-fight and including Mrs Peel memorably (and wittily) despatching one of the bad guys while dressed in her bondage costume. And of course there’s the whipping scene, which is more a case of Cartney trying to whip Mrs peel rather than actual whipping her. 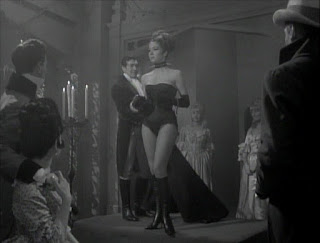 The eighteenth-century costumes are great and the Hellfire Club set is wonderful (especially with the snake slithering about). The opening scene with the chair moving toward the camera establishes an atmosphere of mystery right from the start and provides Peter Wyngarde with a great entrance.

Diana Rigg is very sexy in her bondage outfit and gives another fine performance. Mrs Peel seems genuinely disturbed by the Hellfire Club which gives the episode a sense that this time she and Steed really are up against not just regular bad guys but something truly evil - a villain who glories in his immorality and cruelty.

Steed gets plenty of heroic stuff to do with both swords and umbrellas.

Look out for Carol Cleveland (a regular on Monty Python’s Flying Circus) as Cartney’s girlfriend Sara.

Naturally it’s Peter Wyngarde who steals the show. Nobody could do decadence the way Peter Wyngarde could. Wyngarde would go on to make another memorable appearance in the series in Epic. He would gain much greater fame in Department S and Jason King but I don't think he ever did anything better than A Touch of Brimstone. 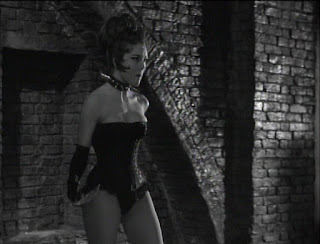 James Hill directed. He directed some of the best-known episodes of The Avengers, including The Forget-Me-Knot, Something Nasty in the Nursery and one of my favourite episodes from the Tara King era, Look - (Stop Me If You've Heard This One) But There Were These Two Fellers... There’s a publicity still for A Touch of Brimstone showing Mrs Peel as the Queen of Sin holding Hill on a leash.

A Touch of Brimstone was written by Brian Clemens who needs no introduction to readers of this blog.

Mrs Peel’s fetish-inspired Queen of Sin costume, consisting of a corset, long black boots with stiletto heels and a dog collar with three-inch spikes, was designed by Diana Rigg herself. And I haven’t mentioned her snake.

There’s real villainy here but there’s plenty of humour as well. The Avengers had a knack of striking just the right balance, never taking itself too seriously but never quite descending into mere silliness. It was an outrageous series but it was outrageousness done with wit and style in a manner that modern television simply cannot replicate.

A Touch of Brimstone effortlessly lives up to its reputation. Very highly recommended.
Posted by dfordoom at 07:37