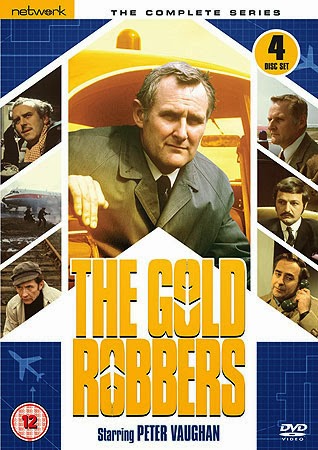 The Gold Robbers was produced by London Weekend Television in 1969 and it’s an example of the British crime television series at its best.

It’s a 13-part serial that follows the lengthy police investigation of the biggest and most daring robbery in history, obviously inspired at least in part by the real-life Great Train Robbery of 1963. The government of an African country is about to be overthrown and its leaders have decided to get all the country’s gold reserves to safety. To be used for their own benefit, of course, and not the benefit of their country. The gold arrives by air at a remote and little-used airfield in England. The strong police presence and the elaborate security measures in place are not often to stop a very determined and very ruthless criminal gang. The gold is stolen and flown off, to an unknown destination, leaving one policeman dead and several others seriously injured.

The gang involved is large and well organised. The robbery is carried out with military precision.

The man assigned to catch the gold robbers is Detective Chief Superintendent John Craddock (Peter Vaughan). It will prove to be a frustrating case, and Craddock has his own problems to deal with. His personal life is in a shambles. But Craddock is dogged and he is a very good policeman.

Each episode focuses on the hunt for one member of the gang. There are at first very few leads but gradually Craddock picks up enough snippets of information to put him on the trail of the members of the gang. He starts with the relatively small fish, tracking them down one by one, always hoping that the next small fish will lead him to a bigger fish. 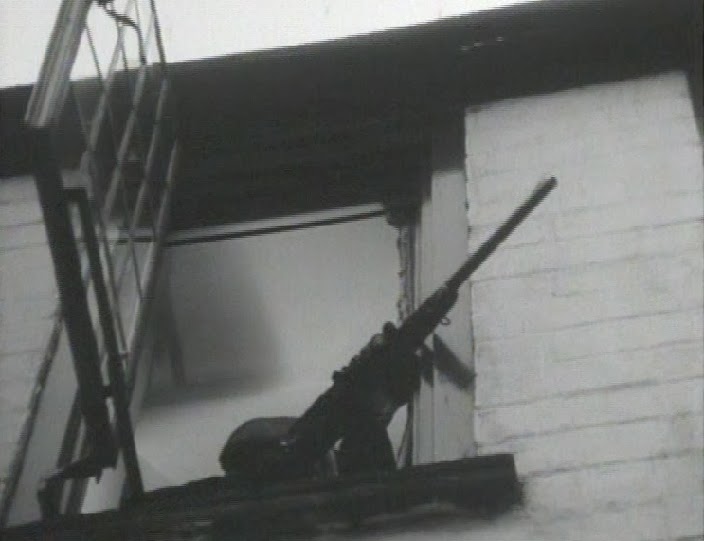 Each episode sees Craddock make some progress but it’s a case of two steps forward, one step backwards. Finding enough hard evidence even to convict the small fry is a frustrating process and all too often he finds his man, only to have him slip through his fingers, or be unable to lay any actual charges. But Craddock presses on, and while progress is slow he is a patient man.

The first episode kicks off with a lengthy filmed sequence showing the robbery itself. This sequence is quite a tour-de-force by the standards of 1960s British television. I suspect that the producers blew a large part of their budget on this one sequence, but it was money well spent.

Each subsequent episode opens with a portion of the same robbery sequence, but each time we see something we didn’t see before. We see the part played by one particular robber, the one that the episode will focus on. It’s a clever technique, gradually building up a complete picture from a previously incomplete picture.

Peter Vaughan will be a very familiar face to every fan of British TV of this era. He made countless guest appearances in just about every series made in that period, usually playing a heavy. He made a wonderfully effective heavy but this series gives him the opportunity to really stretch his acting wings. Craddock is a complex character and  sympathetic one. He has some serious character flaws, but they are balanced by considerable strengths. He can be tough and he can be ruthless, but he is also capable of moments of surprising sensitivity. 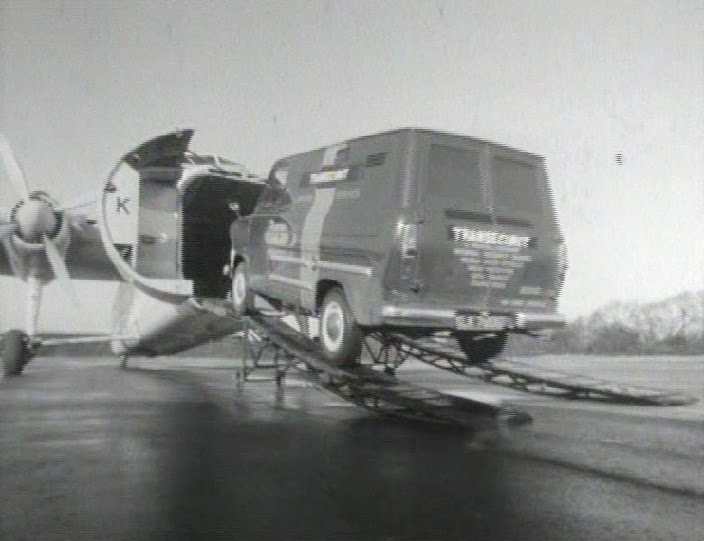 Of course any successful detective has to have not only a shrewd knowledge of human nature but also an ability to gain people’s trust. You can’t solve crimes unless you can get people to help you, and they have to want to help you.

In other words Craddock is an entirely believable detective, and we can readily understand why he has risen to high rank.

Vaughan dominates the series with his superb performance but he gets plenty of assistance from some very capable guest stars, actors of the calibre of Ian Hendry and Roy Dotrice.

The series has the look typical to British television of its period, mainly shot on videotape but with filmed inserts. That, combined with the fact that it’s in black-and-white, might make it seem a little dated to modern audiences. If you stick with it however you will soon be drawn in by the brilliant writing and the excellent acting.

British crime series were developing a much harder edge in the late 60s, a process that started with series like Public Eye and Callan that both debuted in 1967. These series were part of a trend to strip away both the glamour and the cosiness of previous television series and replace them with gritty realism and cynicism, and a certain measure of fairly graphic violence (at least by the standards of the day). The Gold Robbers was part of this trend. It has a definite edge to it. 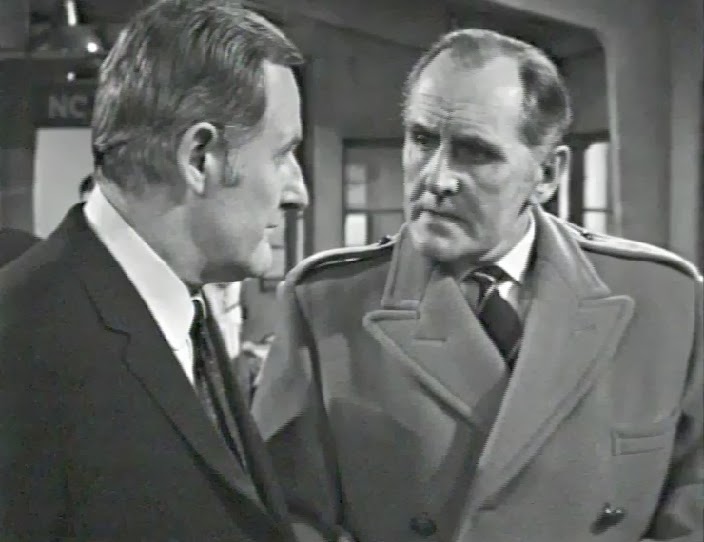 The secret to success was to find a way to achieve greater realism without sacrificing entertainment and The Gold Robbers gets the balance just right. It’s tense and gripping and it has the necessary feel of being about real people.

The various subsidiary characters are developed in considerable depth. Some of the robbers are very nasty individuals indeed. Others are not evil but merely weak personalities who find themselves involved in something that seemed to promise way money but rapidly became a nightmare. They are in over their heads and they are scared. Some are oddly sympathetic in some ways but the series never makes the mistake of being too sympathetic towards them.

The series was a major hit at the time but has been little seen since then.

Network DVD have released the complete series on Region 2 DVD and it really is a must-watch series for all fans of top quality British crime television. Highly recommended.