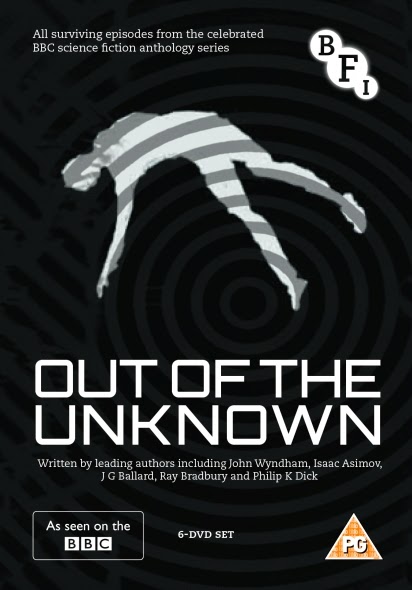 In the early 1960s Irene Shubik had been story editor on a British ABC science fiction TV series called Out of This World. This was when Sydney Newman was head of drama at Britain’s ABC Television. A few years later both Newman and Shubik had moved to the BBC and Shubik suggested doing a similar anthology series but with stories based on the works of well-known science fiction writers. The result was Out of the Unknown, with Shubik producing. The series was successful enough to last for four seasons although that didn’t stop the BBC from junking most of the series a few years later. Twenty episodes survived the holocaust and have now been released on DVD by the BFI.

The episodes were originally to have 75-minute running times. Shubik (fortunately) persuaded the BBC to cut that back to 60 minutes. In fact 60 minutes is still just a little too long for most of the stories - in retrospect 50 minutes might have been preferable.

As you would expect in an anthology series it’s a bit hit and miss. Some of the hits are very impressive while some of the misses are spectacularly bad.

The idea of basing the series on published novels and short stories had some merit although it caused problems. The episode based on a Ray Bradbury story was never able to be repeated because Bradbury had demanded colossal sums of money for each screening. The concept did give the series a veneer of respectability though, which may be why the BBC bought the idea.

The first episode that went to air was No Place Like Earth. It was based on two John Wyndham short stories and normally it’s difficult to go wrong when adapting Wyndham. Unfortunately the result in this case is catastrophically bad and after such a dismal start it’s surprising the series survived. This episode illustrates rather nicely just about every mistake you can make in a television production. It’s excessively talky, there are agonisingly long stretches of incredibly tedious expository dialogue, the pacing is glacial, it’s heavy-handed and inept in its attempts to make political points and in general it’s simply pitifully dull. It’s also very badly acted. The costumes are silly and the special effects are crude. It’s one of the most truly awful pieces of television that it’s ever been my misfortune to encounter. 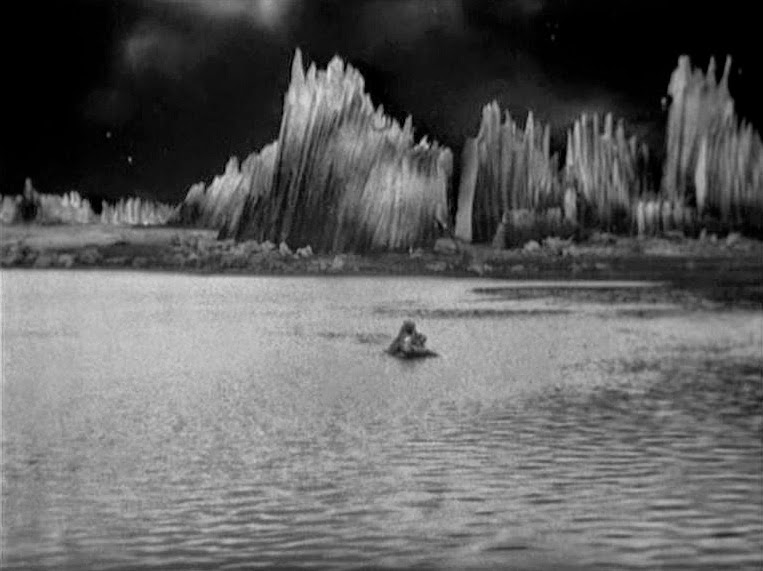 The plot involves the survivors of the destruction of Earth and the choice between the tyranny of Venus and the apathy of Mars. The attempts to add an anti-colonial message are crude and obvious and irritating. It has one redeeming feature - the opening shot is quite effective in evoking an atmosphere of strangeness and stillness. My advice is to watch the first minute for that one shot and then hit the stop button.

If you’re tempted to give up on this series after this dismal start you’d be making a big mistake. The second episode, Counterfeit Man, is quite superb. A space mission to one of the moons of Jupiter seems to have picked up an extra passenger. At least the ship’s doctor is convinced that one of the crewmen has been replaced by an alien. An alien who is an exact duplicate of the crewman. In fact he’s such a perfect counterfeit that it seems to be impossible ever to prove the doctor’s suspicions. Counterfeit Man benefits from some fine acting by Charles Tingwell and Alex Davion and especially by David Hemmings. The set design is austere but effective.

Costumes seem to be a real problem in this series - as in the first episode they’re a mixture of the silly and the dull. On the other hand the special effects and the makeup effects are very well done. Philip Broadley’s script (from a story by Alan Nourse) is intelligent and has some nice twists. Director George Spenton-Foster builds the suspense very effectively. A good story well told. If No Place Like Earth is the BBC approach to science fiction at its worst then Counterfeit Man is the same approach at its best. 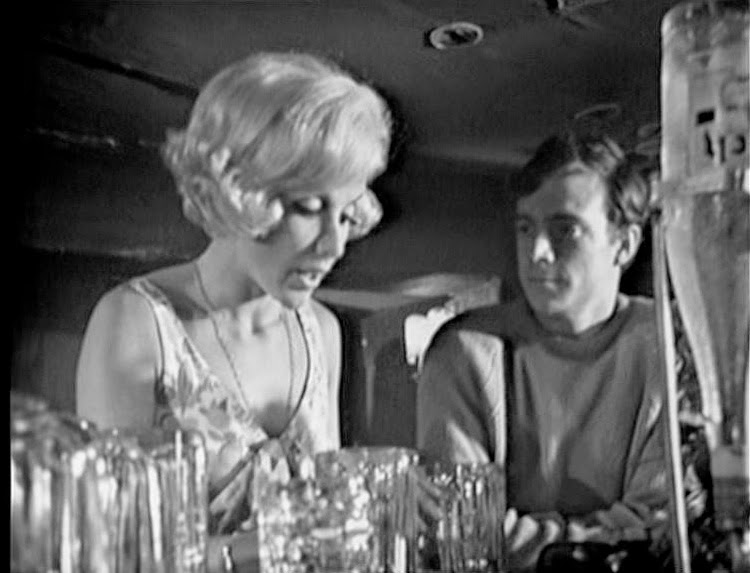 Stranger in the Family, written by David Campton, is another strong episode. Charles (Richard O’Callaghan) is a young man who is different. He has no fingernails. He also has special powers. He can persuade people to do things. He can persuade people to do absolutely anything. His parents have tried to isolate him from the world but there are people who know about him and they want him. But for what purpose? It’s a creepy little tale but oddly moving as well. O’Callaghan gives a mesmerising performance and gets good support from Justine Lord as an actress with whom he becomes obsessed and Peter Copley as his devoted but increasingly desperate father. This is one of those stories, which enjoyed quite a vogue at the time, about the possible next step in human evolution. There is a bit of 60s silliness about using these powers to stop powers but on the whole it’s a well thought-out and powerful story.

The Dead Past is based on an Isaac Asimov story. It’s a time travel story with a difference. Time travel is impossible but a scientist develops a technology for viewing the past, rather like viewing a movie. His invention is the Chronoscope. The government seems to have developed in the direction of a soft totalitarianism. The government controls all scientific research, in fact all academic research, and access to the Chronoscope is strictly limited. This causes immense frustration to a historian who is determined to prove that the Carthaginians weren’t so terrible after all. He enlists the help of a physicist and they indulge in what is known as intellectual anarchy - unauthorised scientific research. They discover some very curious things about the Chronoscope.

The audio commentary for this episode features two of the original crew including director John Gorrie. Gorrie makes some scathing but very pertinent criticisms of the modern BBC culture. 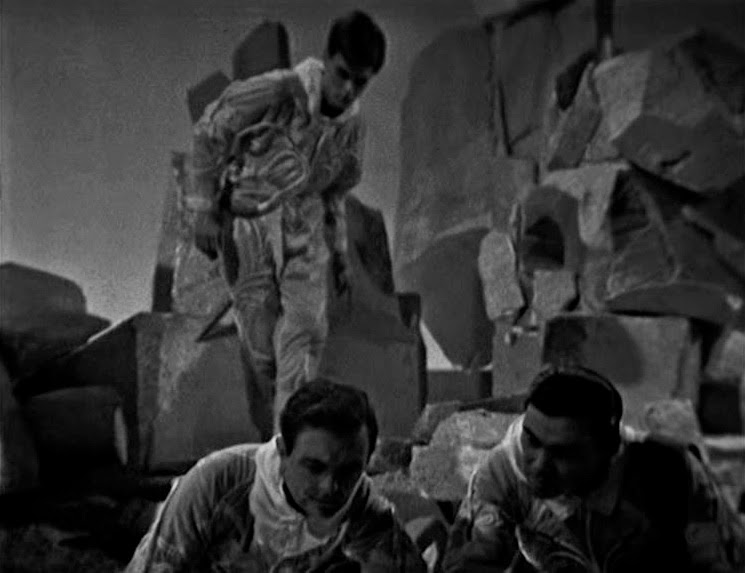 Time in Advance is based on a story by William Tenn with Edward Judd tuning in a compelling performance. This episode has an intriguing central idea - Edward Judd and Mike Pratt play two pre-criminals. In this future society you can confess to a crime before you commit it, and also serve your sentence before you commit the crime. In this case both these men have served seven years on a penal planet for murder. Now they have been released and have been given a special licence to commit one murder each. Having already served their time they will face no further punishment. Both men have spent seven years being totally obsessed with the murders they plan to carry out. But a lot can change in seven years. It’s a clever idea and the script uses it to examine issues of friendship and betrayal.

The audio commentary for Time in Advance is particularly good with director Peter Sasdy explaining in detail the enormous differences between doing a television program in 1965 and doing television today. In 1965 there was no such thing as post-production on television. Editing on videotape was virtually impossible and was almost never done. A program such as this was done very much in the way live television had been done. The points that Sasdy makes really do put this series in perspective. It’s rather talky and slow-paced by today’s standards but given the way that multi-camera shooting in the studio was done at the time these faults were simply unavoidable. And of course the special effects seem primitive by today’s standards. One of the strengths of this series is that such limitations were taken into account and the stories were chosen because they were the kinds of science fiction stories that required very little in the way of special effects. The focus was on ideas rather than gadgets and on emotions rather than action.

Sasdy also points out, quite correctly, just how effective black-and-white can be for science fiction. In fact in my own view futuristic societies often seem more convincing and more futuristic-looking in black-and-white. 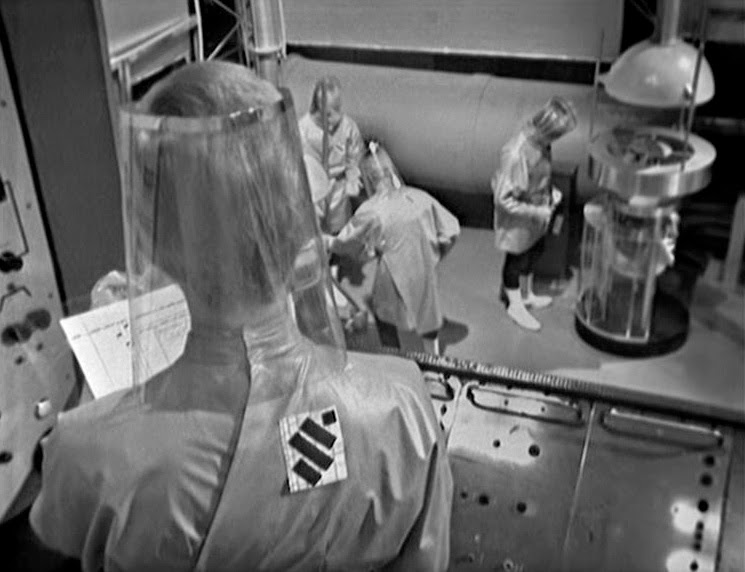 Come Buttercup, Come Daisy, Come...? by Mike Watts suffers from its inability to surmount the basic silliness of the story. Carnivorous killer plants are probably best left on the printed page. When attempts are made to visualise them onscreen it’s very difficult to avoid an Addams Family feel.

Sucker Bait was adapted by Meade Roberts from an Isaac Asimov short story. A spacecraft has been sent to investigate the possibilities of colonising a planet. An attempt had been made a century earlier to colonise the planet. After apparently thriving for three years the colonists all died under circumstance that were never explained. This new mission includes the expected collection of scientist but also includes a mnemonic. At this point in the distant future humanity has become very dependent on computers but experience has shown that computers rather fatally lack the ability to make unexpected intellectual connections and they lack the faculty of imagination. To compensate for this children with odd mental abilities are selected at a very young age and trained to supply those qualities that computers lack. On this mission the mnemonic is Mark Annuncio (Clive  Endersby) and he’s typical of the breed - he is capable of startling and profound insights but he is very difficult to get along with. He’s the type of young man who would today be labelled as having Asperger’s Syndrome.

The story is mainly concerned with the nature and the importance of memory and it succeeds quite well. The beautifully understated performance of noted Australian character actor John Meillon is a major highlight. As is the case with most of these episodes the set design looks a little clunky today but is still quite imaginative. 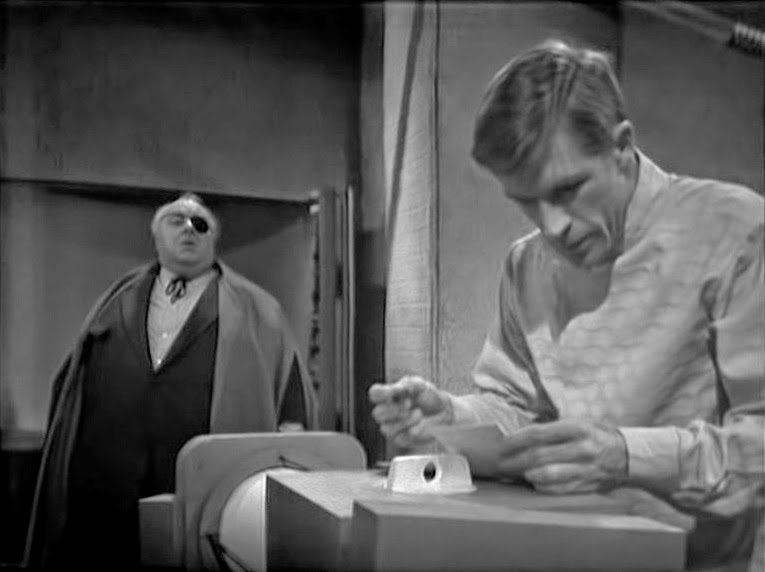 Some Lapse of Time is unfortunately extremely poor. That’s probably inevitable given that it was based on a short story by John Brunner, a writer noted for his dreary political sermonising. This episode bludgeons the viewer with its anti-nuclear message while the science fictional elements are embarrassingly silly. It’s also let down by a ludicrously histrionic performance by Ronald Lewis.

Thirteen to Centaurus, based on a J. G. Ballard story, is by contrast a superb story with challenging ideas and extremely well-handled.

Season one closes with The Midas Plague, directed by Peter Sasdy from a Frederik Pohl story. It comes as something of a surprise, being not only a comedy episode but a very good one that combines intelligence with plenty of genuine laughs.

The transfers are, considering the program’s age, remarkably good. More than half the episode come with audio commentaries and they’re almost invariably stimulating and informative.

Despite the unevenness that you expect in an anthology series the first season of Out of the Unknown is fairly impressive. There are a couple of real clunkers but there are quite a few absolute gems and the hits outnumber the misses. The better episodes can stand comparison with any science fiction television from any era. There’s an emphasis on ideas rather than action but happily the ideas are more often than not truly interesting and developed intelligently. In general the scripts are literate and the acting is exceptionally good.

Out of the Unknown is an example of 1960s British television at its best. Highly recommended.
Posted by dfordoom at 11:52

Email ThisBlogThis!Share to TwitterShare to FacebookShare to Pinterest
Labels: 1960s, anthology series, british tv, out of the unknown, sci-fi