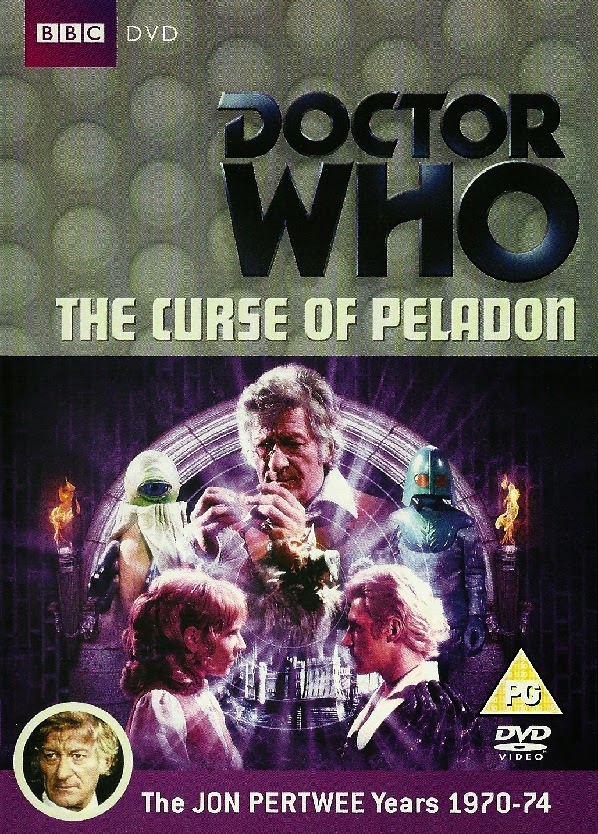 The Curse of Peladon went to air in early 1972 as the second story of season nine of Doctor Who. By this time the Doctor is no longer confined to Earth and he’s just taken the Tardis for a test spin. And gets caught up in some delicate diplomatic negotiations on the planet Peladon.

This somewhat backward planet has applied for membership of a galactic federation. The Doctor rather unexpectedly finds himself acting as the delegate from Earth. With Jo Grant being passed off as a royal observer, Princess Josephine of Tardis.

The young and inexperienced king of Peladon (played by David Troughton) is anxious that his planet’s application for membership should be accepted but he faces fierce opposition from his High Priest Hepesh (Geoffrey Toone). Another major obstacle is the past - Peladon is still a society ruled by ritual and superstition. One of the chief superstitions is the belief in the Curse of Peladon, a belief that the legendary Aggedor (a kind of monstrous god) will return to take vengeance on anyone who defies the planet’s traditions.

It soon becomes obvious that there’s dirty work afoot and that someone intends that the meeting of the representatives of the members of the galactic federation should end in failure.

An unusual feature of this serial is that the Doctor gets a fight scene. And not just a fight scene, but a fight to the death with some rather nasty-looking edged weapons. It’s odd to see the Doctor, so often the champion of non-violence, indulging in some pretty enthusiastic violence but then the Third Doctor was never quite so wedded to the non-violence doctrine as some of the other incarnations of the Doctor. 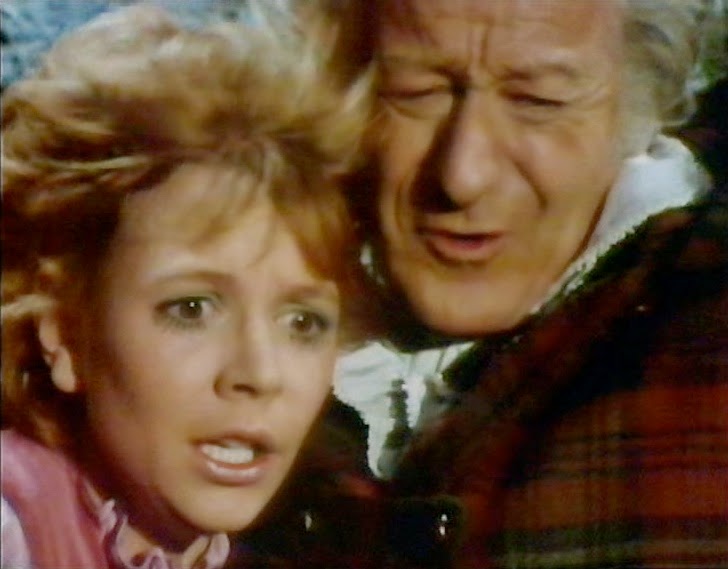 The opening episode shows Jo Grant being quite quick-witted, handling her audience in the throne room rather adroitly. Jo in fact is given plenty to do and she also gets the opportunity to demonstrate considerable physical courage in confronting a monster single-handedly.

This story features several alien races and a monster. The monster is not quite scary enough. The aliens are more successful. One thing Doctor who has to be given credit for is tying to create genuinely non-human aliens. The delegate from Alpha Centauri, a hermaphrodite hexapod, is a brave attempt that doesn’t quite come off. The delegate from Acturus on the other hand is something of a triumph - a very alien alien indeed.

The costumes are generally fairly impressive. An interesting point made on the commentary track is that at this stage the Doctor, although he has a very definite fashion look, does not wear exactly the same outfit all the time. In later years the Doctor’s clothes would become a sort of uniform, remaining identical from story to story, which makes it slightly more difficult to take the Doctor seriously as a real person rather than a comic book-type hero. 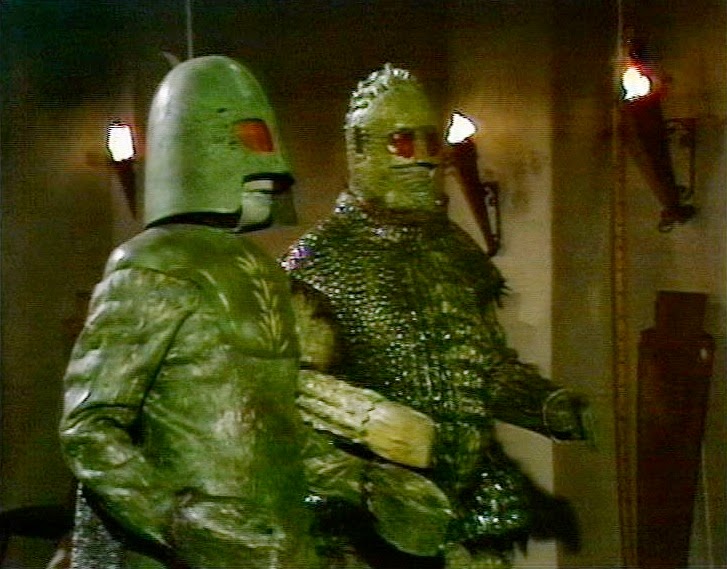 In general the approach of producer Barry Letts and story editor Terrance Dicks was fairly serious. The tried to make the show the way you would make any ordinary drama series, rather than in the style of a children’s science fiction series. This was a very deliberate decision and it was a correct one. And a very successful one - the early 70s would see Doctor Who’s popularity skyrocketing.

There are some impressive sets and some very fine model work - the shots of the Tardis plunging off the cliff face are exceptionally well done. This serial is also notable for the subdued lighting, in pleasing contrast to the flat overlit look so common in television of its era.

The performances of the guest stars are effective with David Troughton being very good as the young king of Peladon. Geoffrey Toone makes Hepesh a rather compelling character and certainly far more than just a conventional villain. 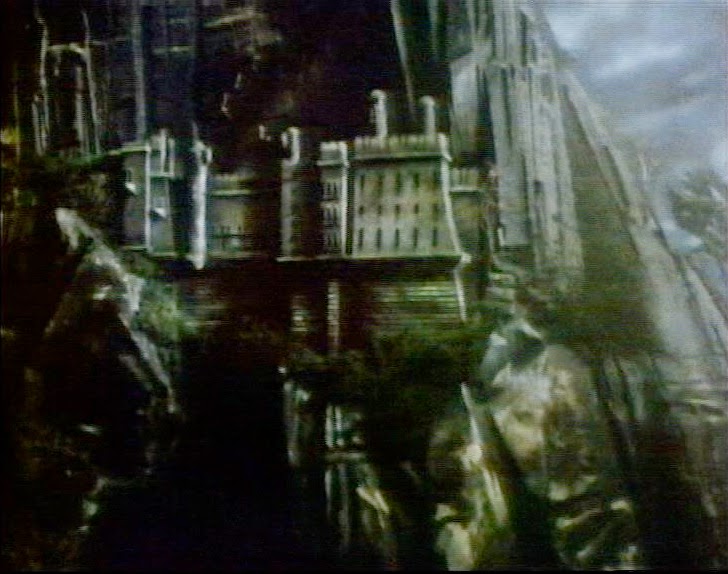 As always with the BBC’s Doctor Who DVDs the audio commentaries are a highlight, with producer Barry Letts, story editor Terrance Dicks and star Katy Manning all contributing a good mix of information and amusing anecdotes.

Attempts have been made to see this episode as a commentary on political events of the time such as the UK’s decision to join the Common Market. Some over-enthusiastic fans have even seen the Time Lords as representing the CIA! On the audio commentary both Barry Letts and Terrance Dicks pour scorn on such interpretations, pointing out the dangerous tendency of critics and fans to over-interpret and to find meanings that were never intended.

The Curse of Peladon is on the whole a successful story and thoroughly enjoyable Doctor Who adventure. Recommended.
Posted by dfordoom at 22:35