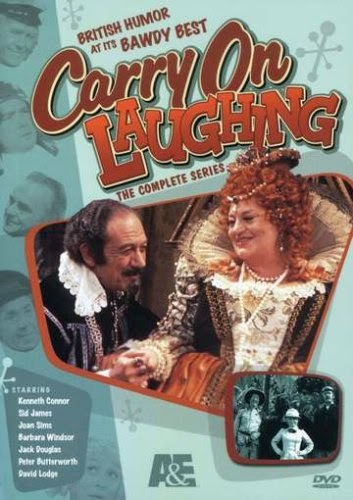 Carry On Laughing was A British ATV TV comedy series that was, as its title suggests, an attempt to transfer the formula of the Carry On movies to the small screen. It ran for six episodes in early 1975, followed by a second season of seven episodes later the same year.

By this time the Carry On formula was starting to wear a bit thin on the big screen and some of the regular cast members were starting to drop out. The TV series does at least have some of the established Carry On stars, including Sid James, Barbara Windsor, Kenneth Connor, Joan Sims and Peter Butterworth. Sadly Kenneth Williams decided against appearing in the TV series.

The results are rather mixed although the series does definitely have its moments.

Dave Freeman, who had some experience of writing for the Carry On crew, wrote most of the episodes.

The first episode, The Prisoner of Spenda, is of course a spoof of the movie The Prisoner of Zenda (and also of course of the original book by Anthony Hope). In this case the crown prince of Pluritania has not just one double but half a dozen, all played by Sid James. The idea of an Englishman taking over the identity of a European prince is pushed to ludicrous extremes, with moderately funny results. Sid James and Barbara Windsor do their best to overcome the thinness of Dave Freeman’s script and do manage to get a few laughs.

The Baron Outlook, a kind of medieval farce, is rather better. Barbara Windsor is the standout performer but Joan Sims and Sid James do pretty well while Peter Butterworth is amusing as a randy friar who dabbles in alchemy. 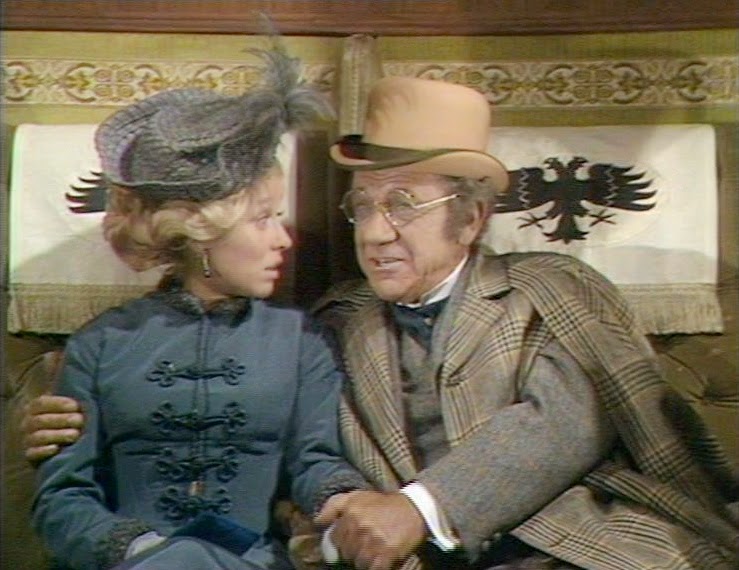 With the third episode, The Sobbing Cavalier, the series finally manages to capture the authentic Carry On spirit. Sid James is a luckless cavalier on the run from Oliver Cromwell’s forces although he still manages to find time to pursue maidservant Sarah (Barbara Windsor) although it has to be said she doesn’t seem too anxious to escape his attentions. Joan Sims is the lady of the house reluctantly playing hostess to Cromwell. Peter Butterworth is Cromwell while Jack Douglas is more musing than usual as the country gentleman switching sides continuously as the fortunes of war ebb and flow. Sid James, Barbara Windsor and Joan Sims all have a good deal of fun with this material and the laughs are pleasingly plentiful. 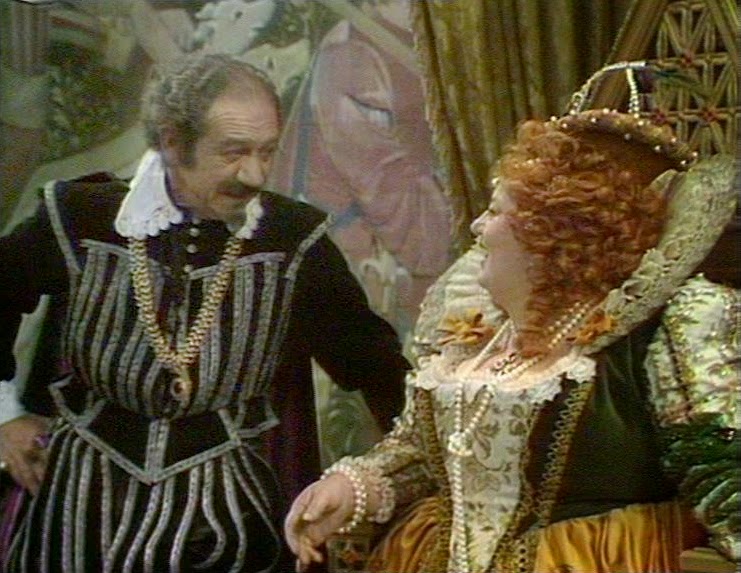 One in the Eye for Harold features very few Carry On regulars and was written by Lew Schwarz who was a fairly prolific TV comedy writer but one with no experience of writing Carry Ons. This one falls very flat and is very heavy going. Schwarz doesn’t seem to understand this style of comedy and most of the cast seem all at sea.

The Nine Old Cobblers spoofs Lord Peter Wimsey, the very popular 1970s series based on the detective stories of Dorothy L. Sayers. This is perhaps the funniest of the season 1 episodes and in fact it’s extremely good. Jack Douglas plays Lord Peter Flimsy while Kenneth Connor is his faithful manservant Punter. The joke is that it’s Punter who actually does all the crime-solving. Kenneth Connor is more restrained than usual, but also funnier. Joan Sims relishes the opportunity to play a role rather different from the shrewish roles in which she was so often typecast. She’s the eccentric Amelia Forbush, a woman with a passion for the drums. Barbara Windsor is the saucy landlady of the local pub and she’s in sparkling form. In this episode everything comes together nicely. It’s clever and it’s very amusing. 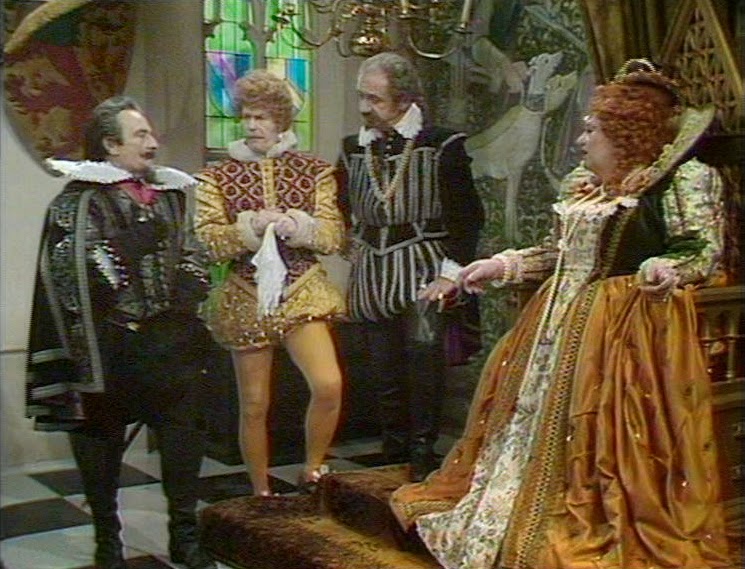 So six episodes in this first season, with three being extremely good, two being reasonably OK and only one complete washout. That’s not a bad batting average and suggests that this series (or at least its first season) has been unfairly neglected.

All thirteen episodes (I haven’t had a chance to sample the second season yet) are included as extras in the ITV Studios Home Entertainment Carry On Complete Collection DVD boxed set which includes every one of the Carry On movies. The TV series has also been released on its own by A&E.

If you’re a fan of 1970s British television comedy or of the Carry On movies then Carry On Laughing is definitely worth a look. Recommended.