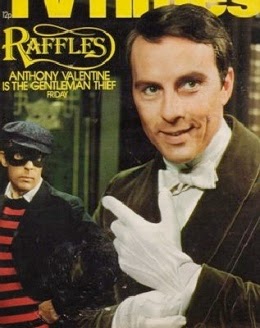 As much as I love the Raffles TV series (made by Yorkshire Television and originally transmitted in 1977) I find it’s a bit like a very rich chocolate cake - it’s best enjoyed in moderation. It’s not the kind of series where I’d want to watch two episodes back-to-back. One can have too much of Bunny Manders! But when you’re in the mood for the television version of chocolate cake then Raffles is certainly the ideal viewing.

The series was based on the celebrated Raffles short stories by E. W. Hornung. Hornung was the brother-in-law of Sir Arthur Conan Doyle. The Raffles stories, beginning with The Amateur Cracksman in 1898 and continuing with a novel and two more short story collections, were immensely successful. In fact their popularity was exceeded only by that of Conan Doyle’s Sherlock Holmes stories.

A. J. Raffles is a complex and exceedingly interesting character. He is usually described as a gentleman thief. In fact what makes him so interesting is that his social status is quite ambiguous. He has a public school education and can certainly pass as a gentleman. His success as a cricketer (he is the finest spin bowler of his day) has gained him a certain measure of acceptance but although he has the education of a gentleman he does not have the breeding or the family connections to back it up. And he does not have the money.

He is in fact not quite a gentleman. He is keenly aware of this, and is keenly aware that those who tolerate his presence in society do not regard him as a social equal. That’s the key to Hornung’s Raffles stories and it’s an element that is definitely present in the TV series. 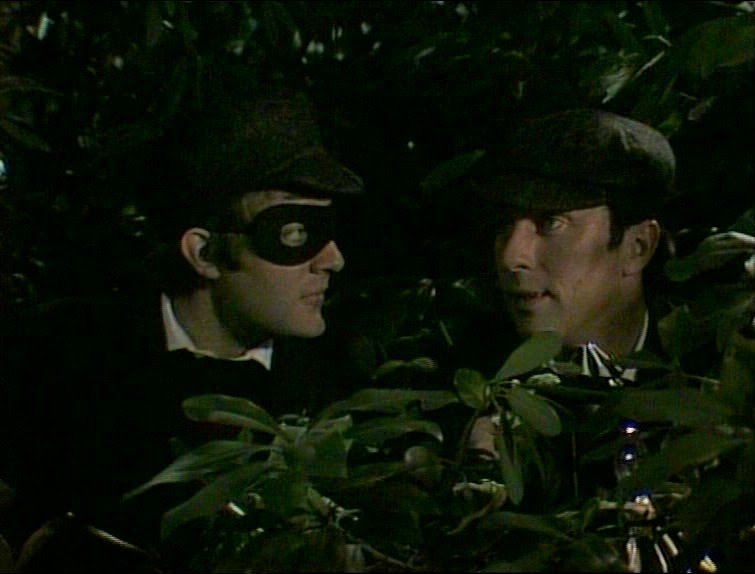 Raffles steals partly out of necessity (he was absolutely penniless when he discovered his talent for burglary) and partly to maintain the standard of living that allows him to live as a gentleman. But he also steals to some extent out of revenge - revenge on those who would not welcome him in society had it not been for the happy accident of his cricketing genius.

Raffles has certain quixotic moral standards. He steals from people who can easily afford the loss and if he is a guest he will not steal from his host. That would be impolite. Gentleman do not steal from their hosts. Of course gentlemen usually don’t steal at all but Raffles has a moral code that is conveniently rather flexible. He also on occasions steals for the sheer excitement of the deed, or as a challenge, or even on rare occasions (as in the episode The Last Laugh) to write what he perceives as a wrong. But he is not a Robin Hood, although he has his generous moments. He enjoys a luxurious lifestyle, financed entirely by crime.

He is also an ambiguous character in other ways. His partner in crime is Bunny Manders, an old school friend. But it is not an equal partnership. Raffles is very much the dominant partner, and it can even be said that his friendship with Bunny is rather exploitative. Raffles like to dominate people and the fact that he can persuade Bunny to do anything he chooses to have him do gives Raffles a great deal of pleasure. There is a touch of sadism in Raffles. This is downplayed a little in the TV series but it’s still very much there. Raffles is charming and he is capable of generosity and even kindness but he enjoys having power over people. He is likeable, but there is an edge to his character.

The opening episode, The First Step, establishes the power relationship between Raffles and Bunny very effectively. 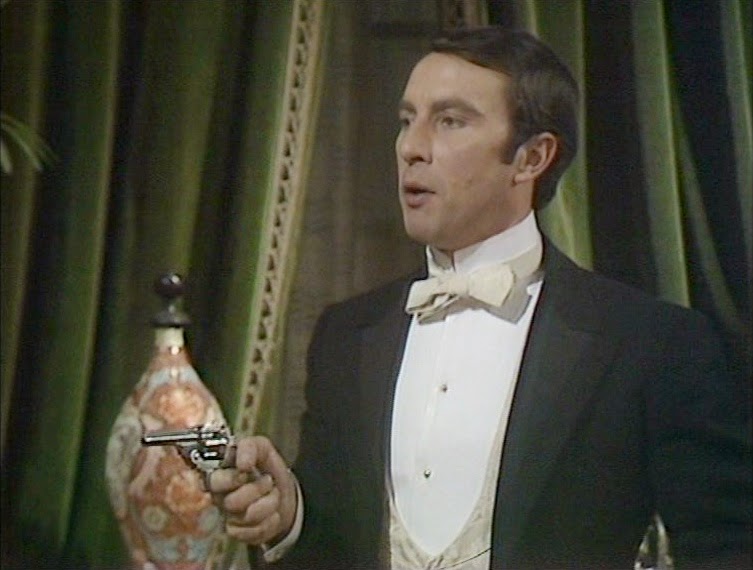 Anthony Valentine was in every way the ideal actor to play Raffles. As Toby Meres in Callan he had demonstrated his uncanny ability to combine enormous charm with a sinister and sadistic edge. Meres’ job sometimes involves killing people, and for Meres that is more of a bonus than a downside. Raffles has a very much more light-hearted tone than Callan and Raffles as a character is much less dark than Toby Meres but that very slight hint of sadism is still there and it’s one of the things that makes this an intriguing and unusual series. On the whole the series is witty and done with a very light touch but it has its occasional darker moments. Raffles is an anti-hero, even if he’s a very charming anti-hero.

The episode The Gold Cup illustrates one side of Raffles. The cup in question is a medieval cup, originally presented to Henry VIII, now kept in the British Museum. Raffles falls in love with its beauty. And when he sees something of rare beauty, he simply has to steal it. He doesn’t actually want the cup. It would be impossible to sell. He just wants the joy of stealing it and enjoying it for a time. This well-intentioned plan is threatened when Raffles and Bunny are invited to dine with the Criminologists’ Club, a society of crime enthusiasts who believe they are on the verge of uncovering the identity of Britain’s most notorious and most discerning burglar. They believe that man to be none other than Raffles. For most burglars this would be at the very least an annoyance, but for Raffles it’s just another challenge, another opportunity to put his own wits to the test. And as a bonus there’s the chance to show off in front of an attractive, charming, very wealthy and very well-connected lady. 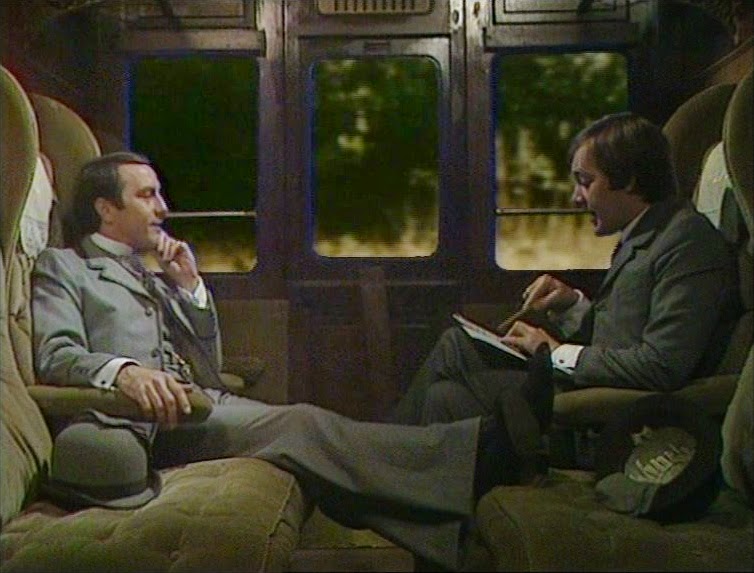 Mr Justice Raffles is another episode that reveals our hero in a ruthless mood. Raffles believes in avoiding violence wherever possible - he is a burglar, a craftsman of crime, not a street thug. On rare occasions however when he’s in the mood for putting injustices right (which he sometimes does but according to his own idiosyncratic moral code) he is prepared to use a certain amount of violence. And in this instance he’s up against a man who gives decent criminals a bad name.

In To Catch a Thief he has to match wits with a rival burglar. It’s one of several episodes in which Raffles’ schemes come perilously close to bringing him undone. Being a burglar is a dangerous profession and both the original stories and the TV series emphasise the risks and the possible dire consequences if something goes wrong.

A Trap to Catch a Cracksman sees Raffles stealing for the sake of the honour of English sport. Raffles’ strange mixture of motivations is one of the highlights of Hornung’s stories, and of the TV series.

Raffles was an expensive undertaking for Yorkshire Television but it was money well spent. Production values are high.

Unfortunately only one season of 13 episodes was made (or 14 episodes if you include the rarely seen pilot).

The 2004 British DVD release from Acorn Media (which is the one I have) was a six-disc set and seems to be out of print. The quality was very satisfactory. There has been a subsequent British DVD release (2010) from ITV Studios Home Entertainment which is still in print and very inexpensive. The series has also been released on DVD in the US.

Raffles is superb entertainment. Highly recommended.
Posted by dfordoom at 00:00