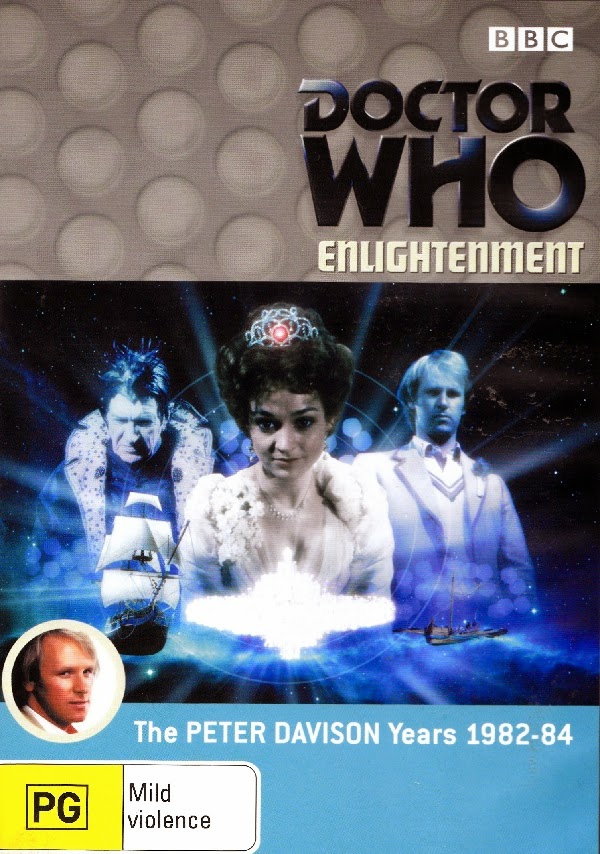 Enlightenment was the third serial in the Guardian trilogy which formed a major part of the twentieth (1983) season of Doctor Who. The trilogy had begun with the excellent Mawdryn Undead and continued with the reasonably good Terminus.

By his time the Fifth Doctor (Peter Davison) was down to just two companions, Tegan and Turlough.

Enlightenment was writer Barbara Clegg’s only Doctor Who script which is rather a pity since it combines some interesting science fictional ideas with an oddly moving storyline.

The Doctor has received a rather garbled message from the White Guardian. All he knows is that he has to stop someone from winning a race. The Tardis arrives on board an Edwardian racing yacht. The atmosphere on board is subtly disconcerting. None of the crew members can remember coming aboard. The officers are scrupulously polite but seem rather distant and emotionless. The First Mate takes quite a shine to Tegan but his attentions towards her are slightly disturbing. It’s not so much that he doesn’t seem to know how to communicate with a woman - it’s more that he seems unsure how to communicate with a human being. He just doesn’t seem to comprehend emotions.

Pretty soon things become much stranger. The yacht is not a sailing ship - it’s a spaceship. It’s engaged in a race with other spaceships, all of which have the appearance of sailing ships but from a bewildering variety of different time periods. Although they are spaceships they behave like sailing ships. The crews are sent aloft to set the sails. 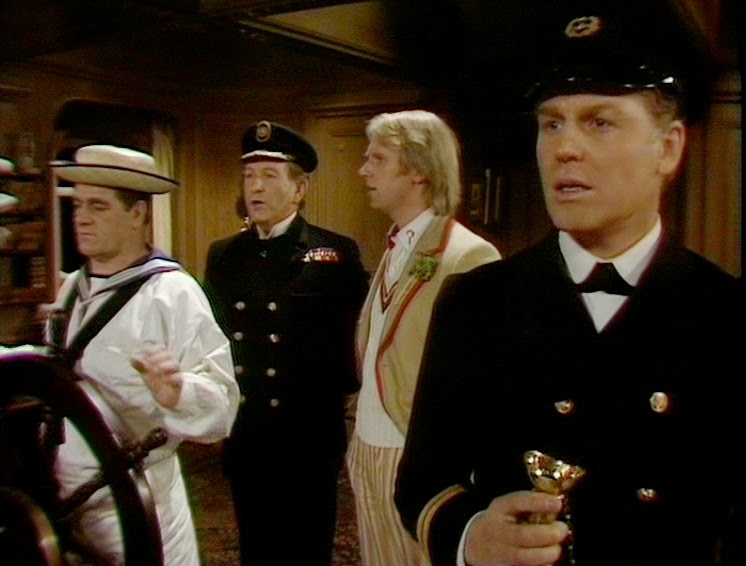 This story introduces the Eternals, one of the more interesting alien races in Doctor Who. They normally exist outside of time but the only way they can tolerate the boredom of eternity is by seeking diversion. The only way they can find diversion is by making use of mortals whom they refer to as Ephemerals. In fact the only way they can experience any kind of emotion or excitement or mental stimulation is by raiding the minds of Ephemerals and emotion, excitement and mental stimulation are things they crave with a kind of desperation. The Eternals are not really evil, just entirely amoral. And while they’re frightening and cruel in some ways in other ways they’re more to be pitied. They’re a splendid idea and Enlightenment explores that idea with intelligence and subtlety.

This serial’s other great strength is the concept of sailing ships in space. It’s a concept that has been used before (and since) but it’s never been handled quite as cleverly as this. 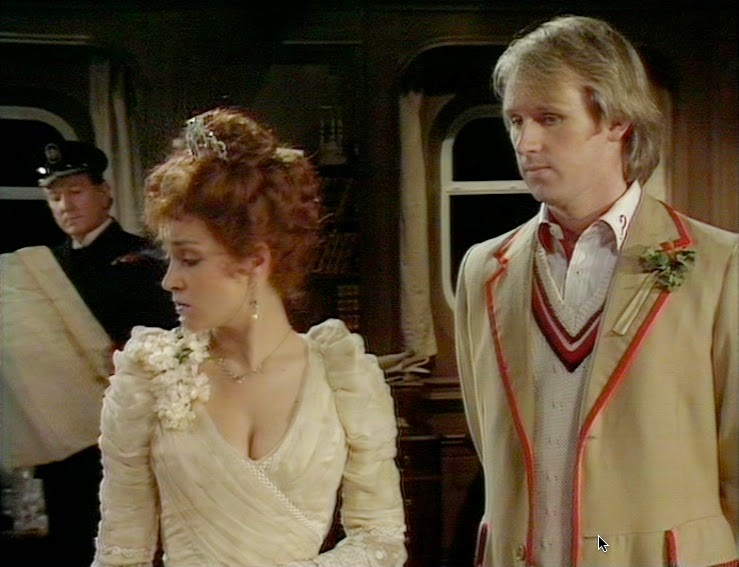 Designer Colin Green helped out with some very good set designs. The costumes are great fun as well with the pressure suits being delightfully bizarre. Janet Fielding was also given the opportunity to look rather stunning in an Edwardian evening gown although her dress caused a certain amount of controversy by being excessively “provocative” - and considering the truly stupendous amount of cleavage she’s displaying that’s not entirely surprising. It does at least give us the chance to see a remarkably sexy and very feminine Tegan.

The support cast is mostly very strong, with Keith Barron being particularly good as the icily courteous but slightly creepy captain of of the yacht and Christopher Brown being even more disturbing as First Mate Marriner. Lynda Baron perhaps goes too far over-the-top as the captain of The Buccaneer.

Mark Strickson as Turlough gets to do a bit of actual acting while Janet Fielding as Tegan underplays her performance nicely. This is one serial in which Tegan comes across as a very sympathetic and rather likeable character. Peter Davison is as solid as ever. 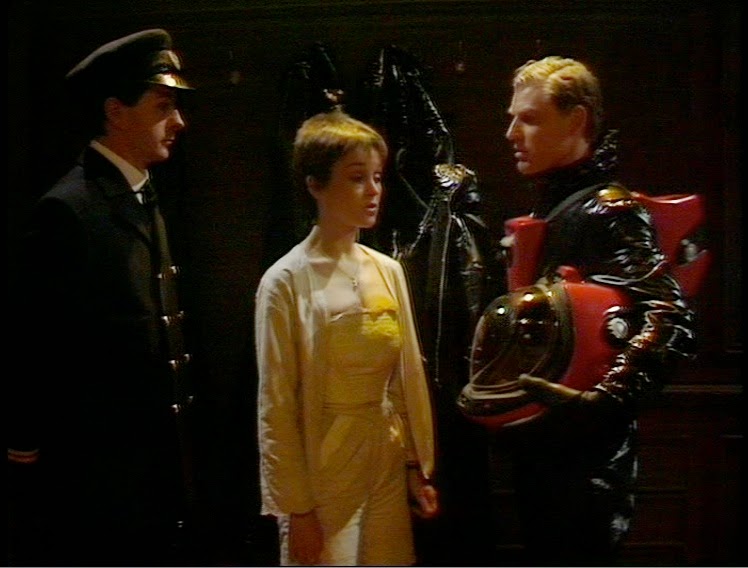 Unfortunately this new version has been matted to make it appear widescreen and the results are very similar to the horrific results we used to see with pan-and-scanned widescreen movies. The framing in many scenes is terribly wrong, sometimes ludicrously so, with the Doctor’s head totally lopped off in one scene. The CGI effects do look very good. I personally dislike CGI because it always looks so fake but in a Doctor Who story about sailing ships in space it isn’t a major problem. The re-editing does remove some of the obvious padding but it also tends to dissipate the effect of the episode cliff-hangers.

The idea of trying to re-edit an 80s Doctor Who serial to appeal to modern audiences is not however an entirely bad idea (although not to my personal taste) and the result is certainly infinitely superior to any of the episodes of the horrible 21st century Doctor Who series.

The original four-part Enlightenment serial is well-written, well-made, well-acted and visually pleasing and includes some excellent ideas. An impressive example of 1980s Doctor Who at its best. Highly recommended.
Posted by dfordoom at 19:52