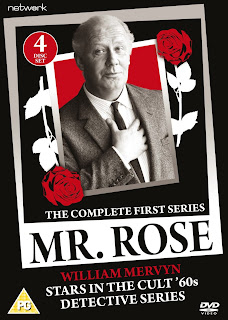 Detective Chief Inspector Charles Rose, played by William Mervyn, had featured in two early 60s British crime drama TV series, The Odd Man and It’s Dark Outside. In 1967 the character was given his own series, Mr Rose, created by Philip Mackie (one of the best British television writers of that period when it came to offbeat crime dramas).

Chief Inspector Rose has now retired but it seems unlikely to be a quiet retirement. His interest in crime is still keen as ever and now he is free to pursue crime-solving as a hobby rather than a profession.

He is also keen to write his memoirs, something that should prove to pleasingly lucrative. He has hopes that his book will be serialised in one of the quality newspapers, or if he is particularly fortunate in one of the more disreputable papers which tend to be pay even better. In the opening episode, The Bright Bomber, he finds that someone is taking a very keen interest indeed in his literary endeavours. In fact someone is prepared to pay a great deal of money to induce him to reveal certain facts about one of his most famous cases, that of Bomber Bolt. And someone else is prepared to take literary criticism to even greater extremes - they are prepared to kill over it. The Bright Bomber was written by Philip Mackie and it has a delightfully twisted plot which hinges on the contrasting moral frameworks of policemen and criminals.

The writing of Rose’s memoirs is a thread that runs through season one. Or it might be more accurate to say - the non-writing of Rose’s memoirs. Mr Rose likes the idea of writing this book. He also likes the idea of being paid handsomely for it - he has already accepted a generous advance from a Sunday newspaper for the serialisation rights. The idea of actually sitting down and writing the book is however rather less appealing. It might turn out to involve work. Mr Rose is not overly fond of work. And having inherited a considerable sum of money from some elderly and wealthy aunts he is very comfortably provided for and thus has little incentive to apply nose to the grindstone. Despite the best efforts of his keen and efficient personal secretary Miss Drusilla Lamb (Gillian Lewis), whom he has employed specifically to assist him in his literary endeavours, it seems increasingly unlikely that his memoirs will ever see the light of day. 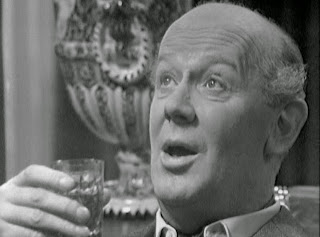 The memoirs do however serve an important purpose for both Mr Rose and for the series. The fact that it is known that the famous detective is writing them proves to be the factor that sets the plots in motion, most of the plots having to do with famous cases that turn out not to be closed after all.

The episode The Naked Emperor plunges Mr Rose into a mystery involving the owner and publisher of The Sunday World, the very newspaper in which the memoirs are to be serialised. In The Noble Roman the prospect of the intended publication of the book prompts a figure from the past, a man who had played a central role in an unsolved case,  to contact Mr Rose.

The stories are generally murder mysteries but not always conventional examples of the breed. Murder is not always straightforward.

The Jolly Swagman has a classic traditional English detective story plot which could have come straight out of the 1930s. It’s a story of robbery on the high seas and it’s a delight. The Unquiet Ghost sees Mr Rose arrested for murder, and once again it’s those memoirs that land him in trouble.

The Bad Halfpenny shows that Mr Rose is quite capable of fighting dirty, albeit in a good cause. 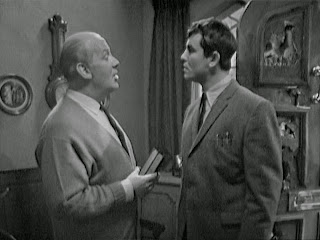 The Tin God is especially good. Another old case returns to haunt Mr Rose, a scandal involving a television personality and the death of a young woman. It’s all a matter of accepting responsibility and choosing to do one’s duty, concepts that might seem old-fashioned to modern audiences but in fact as this story makes clear such things always do matter. Both the TV personality and Mr Rose find themselves in situations where such things matter very much indeed, but which of them will be equal to the challenge? This episode is notable for a guest appearance by a very young Judy Geeson, later to become a significant star of some excellent 1970s cult movies.

In this first season Mr Rose has two invaluable assistants, John Halifax (Donald Webster) and Drusilla Lamb (Gillian Lewis). John Halifax is an ex-burglar. Chief Inspector Rose was the man who sent him to prison. Halifax is now his butler, chauffeur, cook and right-hand man and a most useful, resourceful and fiercely loyal assistant in Rose’s amateur crime-fighting activities. Drusilla Lamb is his private secretary although she also joins in Rose’s amateur detective adventures.

The scripts are witty and clever. These were the days when British television series were shot almost entirely in the studio, more or less live, and with minimal location shooting. This could produce a very claustrophobic feel but that’s not the case, possibly because the overall tone is light and breezy but the expansive performances also help. 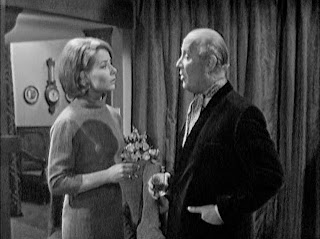 The larger-than-life performances of the three principals make no concessions to realism. In fact the series as a whole makes no such concessions. The late 1960s would mark the beginnings of British television’s obsession with gritty realism but there are no signs of any such qualities here. This is pure light-hearted fun with outrageously outlandish storylines. The various guest performers take their cues from the three leads, giving over-the-top and deliciously overripe performances.

Network’s season one DVD set offers transfers that are as good as can be expected given the condition of the source materials. We’re lucky the series survived at all. Both picture and quality are quite acceptable.

Mr Rose is superb sparkling television viewing, intelligent and amusing and always entertaining. It’s like eating chocolate cake washed down with champagne - it might not be good for you but it’s hugely enjoyable. Very highly recommended.
Posted by dfordoom at 17:38