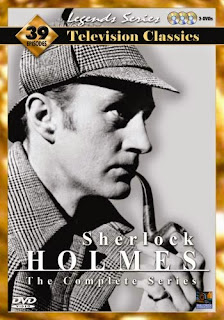 The 1954 Sherlock Holmes television series was made for the American market but filmed in France. Producer Sheldon Reynolds (who also wrote many of the episodes) wanted to present a slightly different view of the great detective - Holmes as a young man, more human, more fallible, already egotistical and eccentric but a warmer more affable kind of character.

He was fortunate enough to find exactly the right actor. Ronald Howard, the son of the great English actor Leslie Howard, was enthusiastic. Like his more famous father Ronald Howard was inclined to underplay, an unusual approach for an actor playing Sherlock Holmes but one that worked quite successfully. Howard also has the necessary twinkle in his eye - his Holmes regards the world with a kind of benevolent amusement.

Reynolds was just as lucky with his choice of actor for the role of Dr Watson. Howard Marion Crawford was a wonderful character actor and was very keen to play Watson. He plays him as a bluff hearty cheerful type, less of a fool than Nigel Bruce’s Watson in the Universal movies but still providing a certain amount of comic relief.

The other regular cast member was Archie Duncan as Inspector Lestrade. He plays him as a conscientious but unimaginative policeman - a man who does his best within his limitations. He also provides some humour but without being a mere figure of fun.

The series is, not surprisingly given the era in which it was made, very studio-bound. That really doesn’t matter too much - I’ve always thought of the Sherlock Holmes stories as taking place in a London of the imagination anyway. The sets and the costumes are very good. Sheldon Reynolds got hold of Michael Weight, who had been responsible for the construction of the Sherlock Holmes exhibit at the Festival of Britain, to supervise the construction of the Baker Street sets at the Epinay-sur-Seine studio and to ensure that the set decoration was as authentic as possible. As a result this series looks quite impressive and quite expensive (which it was). 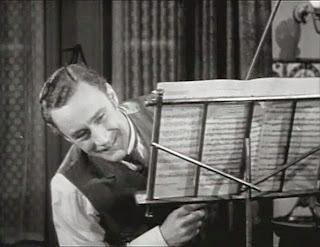 A few episodes were based on Conan Doyle stories but most were original tales (although often inspired by events from the stories in the Conan Doyle canon). The aim was to try to give these original stories an authentically Holmesian touch and for the most part they succeed. The crimes are mostly solved using the methods you’d expect Sherlock Holmes to employ. The half hour format was a bit limiting but most of the episodes are thoroughly enjoyable.

The Case of the Shy Ballerina is fairly typical. The main clue is a handwritten note. A man like Holmes can tell a great deal about a person from their handwriting but in this instance what it tells him puzzles him a great deal. It just doesn’t fit.

The Case of the Winthrop Legend is in the style of the various Conan Doyle stories dealing with apparently supernatural events. A family curse seems destined to claim yet another victim. Holmes is however more than a little sceptical about family curses.

There are a few episodes that are mainly for laughs, such as The Case of Harry Crocker. Fortunately it really is quite amusing, a tale of a music hall escape artist accused of murder, who naturally keeps on escaping ever time Inspector Lestrade arrests him. And it does have a decent enough detection plot as well. It also illustrates one of the series’ odd endearing features. Since it was filmed in France they used a lot of French actors in guest roles. Eugene Deckers, who appears in this episode and several others, was a fine actor but his accent is priceless - a bizarre mix of a Cockney and a French accent. 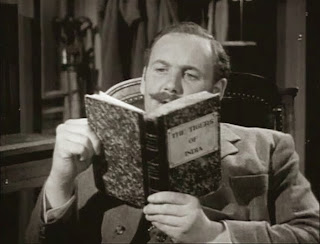 The Case of the Shoeless Engineer is unusual in including some actual location shooting, and it’s a fun episode involving counterfeiters, a beautiful mute girl and a hapless engineer who loses a shoe and can consider him very fortunate that that’s all he lost. The Case of the Split Ticket provides an amusing instance of the over-confidence and inexperience of the younger Holmes - his demonstrations of sleight-of-hand very nearly land him in prison. Luckily his skills improve sufficiently to allow him to solve the mystery of a missing sweepstakes ticket.

The Case of the Red Headed League is a rare episode based directly on a Conan Doyle story, in fact one of the most celebrated of his Sherlock Holmes stories. It works quite well.

Ronald Howard not only enjoyed playing Holmes, he also thoroughly enjoyed the relaxed working practices of a French television studio - starting work at noon proved to be a very agreeable experience.

The series was very well received, both by critics and the public. 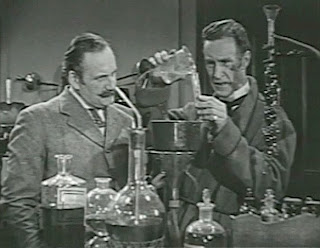 Unfortunately this series has passed into the public domain. The prints are in acceptable condition but far from pristine. That’s a pity because the producers went to a lot of trouble to get the look of the show right and it really deserves a decent restoration. Mill Creek’s three-disc set includes all thirty-nine episodes. It’s inexpensive and quite watchable. It also includes a very brief introduction by Sir Christopher Lee, a very keen Sherlock Holmes fan. There are various other public domain DVD releases of the series.

It’s the two leads who make this series so enjoyable. Their performances mesh perfectly while at the same time they bring something quite distinctive to the characters.

A very entertaining series that manages to capture the Sherlock Holmes spirit while also presenting the great detective in a fresh and original manner. Highly recommended.