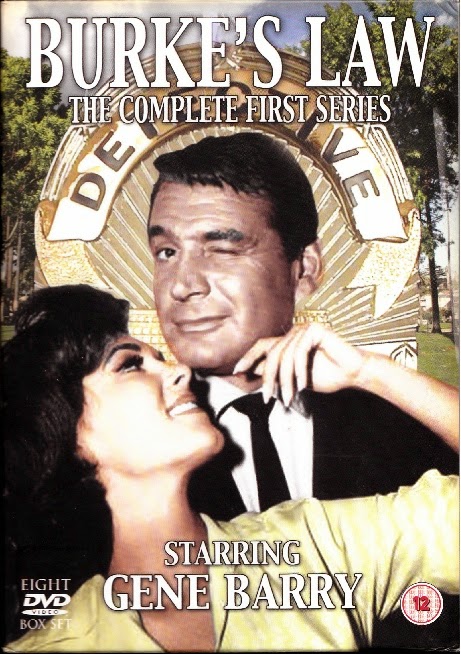 When a television cop show is centred around a police captain who happens to be a multi-millionaire and who gets driven to crime scenes in his chauffeur-driven Rolls-Royce, I think it’s fair to assume we’re not meant to take the program all that seriously. Such is definitely the case with Burke’s Law, which ran from 1963 to 1965.

Captain Amos Burke (Gene Barry) is the chief of the homicide division but he only turns up at the police headquarters when an actual murder occurs. The rest of the time he spends lazing on the beach with his beautiful girlfriend, chasing other equally beautiful women, attending exclusive parties and hanging out at expensive night-spots. It’s a tough life being a cop.

But don’t let appearances fool you. Amos Burke is actually a very good detective and he takes murder very seriously. Of course if there are two suspects to be questioned, and one is  female and attractive and the other is neither of those things, somehow Captain Burke always ends up interviewing the attractive female.

Of course a TV cop has to have side-kicks. Burke has two. One is an old-time hard-bitten cop played by Regis Toomey, the other is young ambitious up-and-comer Tim Tilson, played by Gary Conway. Tim is efficient to a fault. No matter what needs to be done, he’s already done it. His superior regards all this with amusement rather than jealousy. 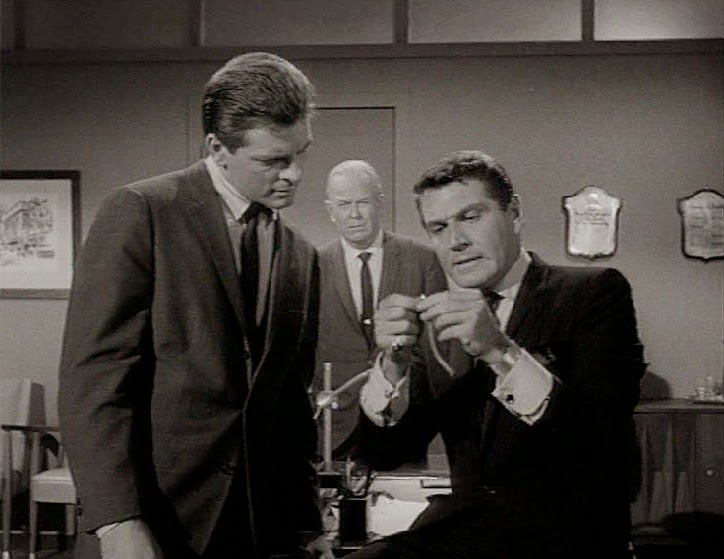 It’s all played with tongue planted firmly in cheek. There are running jokes, there are wisecracks, there are bizarre suspects. What’s pleasant is that everyone is clearly in on the joke, including the guest stars. Elizabeth Montgomery hams it up outrageously in Who Killed Mr X as a ditzy blonde sexpot actress who is obviously a kept woman for a wealthy eccentric.

In the following episode, Who Killed Cable Roberts, it’s the turn of Lizabeth Scott, still looking remarkably glamorous in one of her last screen appearances before her retirement became final and determined to show she can chew scenery with the best of them. Any scenery still left unchewed is taken care of by Paul Lynde and Zsa Zsa Gabor in supporting roles. When you’ve got Zsa Zsa Gabor cast as a maid you know that this is not exactly going to be a gritty realistic police procedural.

There are three key ingredients in this show - humour, glamour and sexiness. The humour is good-natured and fun, the glamour is over-the-top (it was produced by Aaron Spelling, later responsible for Dynasty), and it’s as sexy as a prime-time network TV show could get away with being in 1963. Amos Burke is a character who could be insufferable but Gene Barry strikes just the right note, making him likable, genuinely charming and extremely witty. 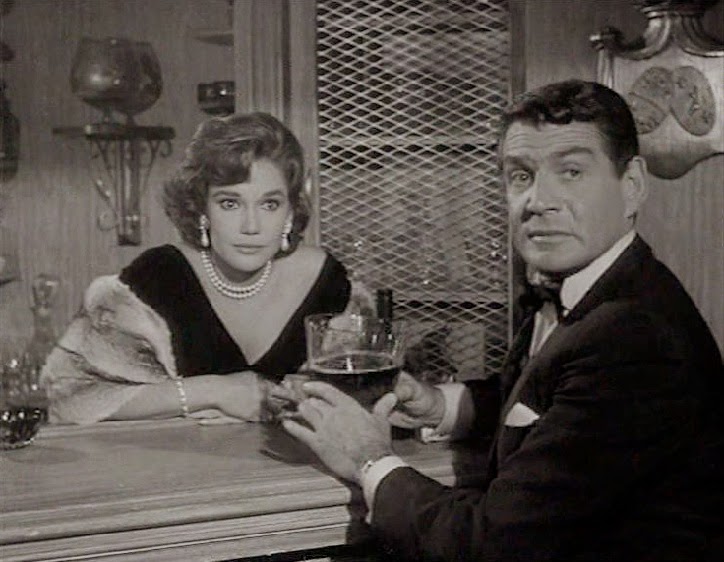 Gritty it may not be, but the tongue-in-cheek approach is combined with reasonably good and well-written whodunit stories.

The guest stars are a mix of movie stars in the twilight of their careers and young up-and-comers, but the witty scripts and the ample opportunities to overact inspire them all and the show benefits from some truly glorious and outrageous performances. Anne Francis’s guest performance landed her her own spin-off series as glamorous private eye Honey West. Carolyn Jones (better known as Morticia Addams from The Addams Family) makes a couple of guest appearances, in one episode playing no less than four parts. Yvonne de Carlo, Ida Lupino, Tina Louise and Annette Funicello are among other guest stars.

If you think this sounds like a delightful frothy concoction then you’re spot on. It’s a hugely enjoyable romp.

Burke’s Law ran for two seasons, followed by a third season with a new title (Amos Burke Secret Agent) and a revamped formula, the new formula sadly being much less successful than the original.

I have the season 1 boxed set and I will definitely be buying the season 2 set as well, assuming that it finally gets released (which unfortunately seems increasingly unlikely).