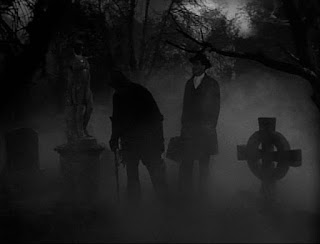 The late 50s and early 60s was the great age of American television mystery/suspense anthology series and the Boris Karloff-hosted Thriller is one of my favourites. Today I want to talk about two episodes that both deal with music and musicians, in very different ways and with varying levels of success. The episodes are The Terror in Teakwood and Papa Benjamin, both from the first season.

Both are stories about the price that a musician will pay for his art, a price that turns out to be much too high.

The Terror in Teakwood was written by Alan Caillou from a story by Harold Lawlor. It opens, in classic gothic style, in a graveyard. A man has bribed the caretaker to allow him to enter the mausoleum. What did this man want in the mausoleum? We don’t know but it certainly horrified the caretaker.

This is a story of two musicians, both great pianists, and bitter rivals. Carnowitz is now dead, but for the survivor, Vladimir Vicek (Guy Rolfe), the rivalry is far from over. Before he died his hated rival had composed a sonata that he alone could play - no-one else but Carnowitz was physically capable of playing it. 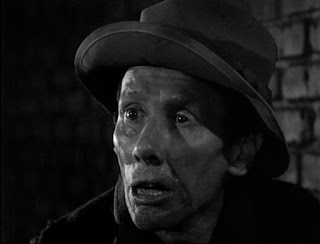 Vicek’s wife Leonie (Hazel Court) has become increasingly concerned about her husband. She suspects that someone is trying to kill him. She persuades her old flame Jerry Welch to take a job as Vicek’s manager in order to keep an eye on him. After an encounter with the creepy graveyard caretaker Gafke (Reggie Nalder) Welch knows that something is certainly going on and that it might have something to do with the teakwood box that seems to be so important to Vicek.

The plot borrows from a couple of classic 1930s horror movies but I won’t tell you which ones for fear of spoilers.

This episode was directed by Paul Henreid who had been a successful actor (best-known perhaps for Casablanca and Now, Voyager) before becoming a prolific television director. He does a fine job here.

There’s an abundance of gothic atmosphere on display. The special effects work well. Guy Rolfe is terrific as the disturbingly obsessed Vicek. Hazel Court was one of the great cinematic scream queens appearing in Hammer’s The Curse of Frankenstein and several of Roger Corman’s Edgar Allan Poe movies including the superb Masque of the Red Death. Reggie Nalder is wonderfully sinister as the sly Gafke. 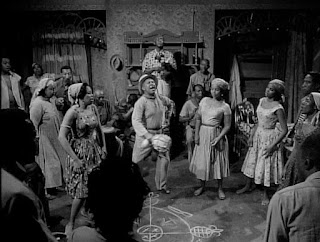 Papa Benjamin was written by John Kneubuhl from a Cornell Woolrich short story. An American band leader, Eddie Wilson (John Ireland), in search of the musical inspiration which he feels has deserted him, thinks he has found the answer in voodoo. He does find his inspiration, but at a terrible cost. His choice then seems to be to kill or be killed.

Ted Post directed this episode and in the audio commentary he recorded for the Image Entertainment DVD set he has some very harsh things to say about it. He felt at the time that Kneubuhl’s script was incoherent and badly needed extra work and (with each episode having to be completed in just five days) there was no time to do this. He was also deeply unhappy with the casting (which was forced upon him) of John Ireland in the lead role. He felt that Ireland’s performance was one-note and failed to get to grips with the character. Post was also scathing about producer Maxwell Shane.

It has to be admitted that Post’s criticisms are perfectly valid. While Papa Benjamin is beautifully shot and very atmospheric the story never really engages our interest or our sympathy. It is impossible to care what happens to Eddie Wilson. He’s a flat and uninteresting character. 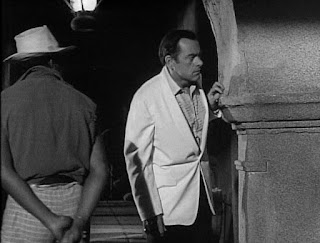 The voodoo scenes work extremely well and there are some very nice film noir-influenced shots.

Despite the insane pace at which Thriller was made, with constant pressures to keep within the shooting schedule and the budget, production values were always high and it was always a visually impressive series. Sometimes, as in The Terror in Teakwood, the results exceeded all expectations - the best Thriller episodes such as this one are among the most outstanding television achievement of their era. Sometimes, as was the case with Papa Benjamin, it didn’t quite work.

The Image Entertainment Thriller boxed set is superb and includes a wealth of audio commentaries. The transfers are excellent.
Posted by dfordoom at 05:13