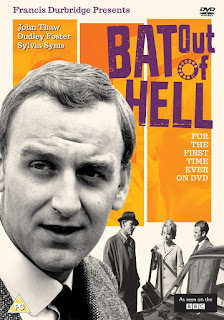 Francis Durbridge was a novelist but is better known as one of the great mystery writers for radio and television. He wrote eight serials broadcast between 1952 and 1959 under the umbrella title The Francis Durbridge Serial but unfortunately all are now lost. Happily all but one of the eleven serials screened between 1960 and 1980 under the title Francis Durbridge Presents do survive in their entirety. These survivors include Bat Out of Hell which first went to air in 1966.

Geoffrey Stewart (Noel Johnson) is a wealthy real estate agent. He has a luxurious home and an Aston Martin and a beautiful but much younger wife, Diana (Sylvia Syms). The marriage does not seem to be a great success. Geoffrey thinks his wife is foolish and extravagant; Diana thinks her husband is tight-fisted and bad-tempered. Mark Paxton (played by a 24-year-old John Thaw) works for Stewart. Given that the Stewarts’ marriage is shaky you might think there’s the potential there for a romantic triangle to develop, and you’d be right.

You might also think that such a situation could lead to murder. Again you’d be right. This is however a rather puzzling murder. No-one is quite sure who has murdered whom. Even the murderer doesn’t know! 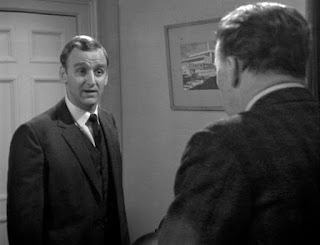 Things get steadily more puzzling, with dead people making telephone calls and people telling obvious lies for no obvious purpose. Fortunately Inspector Clay (Dudley Foster) is an unflappable sort of fellow and he’s a more formidable policeman than you might take him for at first.

Despite his youthfulness John Thaw was already a fairly experienced television actor. He doesn’t yet have the intensity that one associates with him but he handles his role quite adeptly.

Sylvia Syms does well as the young wife who has landed herself in a nightmare of her own making. She’s certainly scheming but mostly she really just doesn’t seem to appreciate the consequences of her actions.

For my money Dudley Foster steals the show as the quietly relentless detective who patiently assembles the pieces of the puzzle. 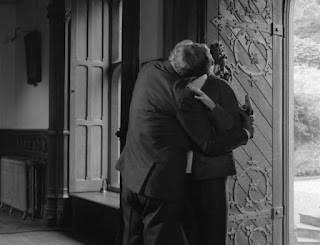 Emrys Jones is a lot of fun as the downtrodden but cheerful husband of Diana Stewart’s friend Thelma Bowen. Walter Bowen is one of those people who has never managed to be quite a important or significant as he feels he ought to have been but he’s still sure that if he keeps trying people will take him seriously. It’s not exactly a comic relief role but it does provide a few moments of gentle humour in an otherwise rather grim tale.

Francis Durbridge’s script is what you expect from such a distinguished television writer. It has the necessary twists and turns and he provides a decent cliffhanger ending for each episode.

Alan Bromly directed all five episodes of Bat Out of Hell and in fact he directed a very large proportion of the various Francis Durbridge television serials.

There’s just a touch of the creakiness you sometimes get in these mostly studio-bound shot-on-videotape productions. By 1966 BBC standards (which are admittedly rather low) the production values aren’t really too bad and there is at least some location shooting. 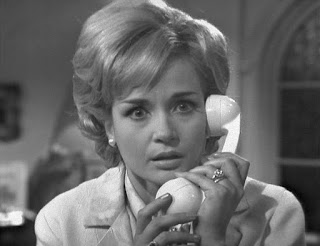 The semi-rural setting (apparently about an hour-and-a-half from London) and the lack of anything in the way of graphic violence gives this production something of the feel of a “cosy” mystery although without the cutesiness often associated with that sub-genre.

Pay attention to the music in the first episode - at one point you’ll hear the famous theme music for Callan (which began its run a year later).

An outfit called Danann in the UK have released Bat Out of Hell on an all-region DVD. It’s also available in the very good value Region 4 Francis Durbridge Presents Volume 2 boxed set from Madman in Australia. The set also includes no less than four other Francis Durbridge serials. I have the Madman set and while there are no extras the transfers are pretty good.

Bat Out of Hell is a fine old-fashioned and rather unassuming murder mystery that provides harmless enjoyment. Highly recommended.
Posted by dfordoom at 23:32