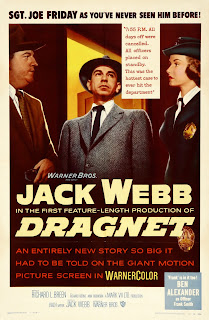 The movie differs from the TV series in being an inverted mystery and of course being in colour with a fair bit of location shooting but overall it captures the tone of the series remarkably well. And of course it features the stars of the TV series. If you're a fan of the series you'll want to see the movie.
I reviewed the television series right here a couple of years ago. My review of the movie can be found here at my Classic Movie Ramblings blog.
Posted by dfordoom at 05:41