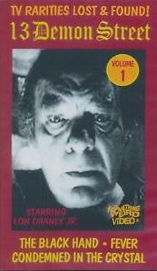 13 Demon Street was a horror anthology series created by Curt Siodmak. It was made in Sweden in 1959 but was shot in English with mostly American casts. Thirteen episodes were made. It was aired in syndication in the United States.

Curt Siodmak (brother of film director Robert Siodmak) had a varied and interesting career as a novelist, screenwriter and occasional director, mostly in the science fiction and horror genres.

Lon Chaney Jr provides an introduction to each episode, in the guise of a man who has been cursed for all eternity for some terrible crime. He can only escape the curse if he can find some crime more heinous than his own, so he is telling us these stories in the hope of convincing us that there really are worse crimes than his own (although he doesn’t tell us what his crime was).

One of the recurring themes in this series seems to be the fuzziness of the boundary between reality and illusion, and between sanity and madness. Strange things happen, but are they really happening? These are ideas that are explored fairly effectively in several episodes.

It’s also a series that captures an atmosphere of subtle weirdness quite well.

A few other episodes are available from various sources. Something Weird Video’s DVD release of another interesting anthology series of that era, The Veil, includes two episodes of 13 Demon Street as extras. The horror in 13 Demon Street is perhaps slightly more overt but like The Veil it suffers at times from not providing totally satisfying payoffs. It’s less original than The Veil but overall it’s slightly more effective.

The Vine of Death

The Vine of Death was directed by Curt Siodmak who also co-wrote the script with Leo Guild. An archaeologist in Copenhagen plants some 4,000-year-old bulbs, from an extinct vine known as the Mirada Death Vine. Legend has it that the vine has an affinity for dead human bodies. The bulbs appear to be hopelessly desiccated but the archaeologist, Dr Frank Dylan, has the crazy idea that he can get them to grow. 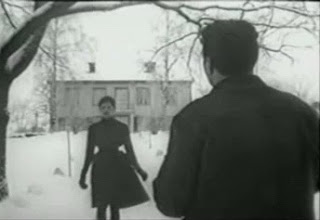 There’s a romantic triangle involving Dr Dylan’s wife Terry and a neighbour. It leads to murder, and it leads to other bizarre consequences.

This is a genuinely weird and creepy story and it’s pretty good.

The Black Hand was directed by Curt Siodmak and written by Siodmak and Richard Jairus Castle. It’s a pretty hackneyed idea. Dr Heinz Schloss is involved in an auto accident and to escape from his burning car he has to amputate his own hand (which is at least a suitably macabre touch).

He transplants a psychopathic murderer’s hand onto his arm (without knowing that it’s a murderer’s hand) and of course you know what’s going to happen next. It’s mostly predictable but the fact Dr Schloss is a surgeon adds a bit of interest - a surgeon has to be able to trust his hands.

It’s reasonably well executed but the basic idea has been handled better before, notably in the movies The Hands of Orlac (1924) and Mad Love (1935).

The Photograph was written and directed by Curt Siodmak. Donald Powell is a fashion photographer and he’s a bit of a creep. His friend Charlie thinks he needs a break. He should go to Maine and do some real photography. Donald takes his advice. The first thing that attracts his interest in Maine is an old house, but he’s even more interested in the young woman who emerges from the house. For Donald it’s an instantaneous obsession. With disastrous consequences.

Now it’s one of the photos he took in Maine that has him worried. It doesn’t look the same any more.

This episode is inspired by the classic M.R. James ghost story The Mezzotint. It’s slightly more interesting than it appears at first glance since there’s considerable ambiguity about what actually happened in Maine. It’s even possible that nothing happened.

Fever was written and directed by Curt Siodmak. 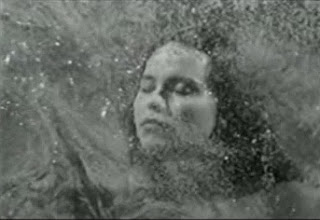 This episode shows much more promise. It’s a tale of a young doctor in Vienna the early years of the 20th century who is treating an ageing, brooding, alcoholic painter. The artist painted the same woman over and over, and the doctor becomes obsessed with her. Then he sees her in the house cross the street. But there isn’t a house across the street. And surely she’d be much older by now? So it it really her? Is she alive? Is he dreaming or awake? OK, it’s an idea that’s been done before but it’s executed with considerable skill and style.

And it is a nicely spooky story. I liked this one.

The Girl in the Glacier

The Girl in the Glacier was written and directed by Curt Siodmak. The body of a naked girl, frozen in the ice of a glacier for 50,000 years, is found in a mineshaft. The block of ice in which she is embedded is taken to a museum. Dr. Ben Seastrom, the anthropologist put in charge of trying to preserve the girl’s body, becomes obsessed by her. He starts to develop some pretty strange ideas about her.

In fact he starts to fall in love with the long-dead girl. He buys some pretty clothes for her. He also gets the idea that maybe she isn’t really dead, that maybe if he can find a way to very slowly unfreeze her she’ll come back to life. Maybe he’s brilliant but he’s clearly crazy. Or is he?

Again it’s not a dazzlingly original idea but it’s handled quite well.

Condemned in the Crystal

Condemned in the Crystal was directed by Curt Siodmak and written by Dory Previn (better known as a singer-songwriter). 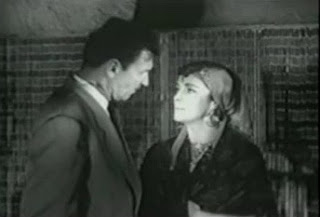 John Radian is a middle-aged man troubled by dreams. The dreams take place in an old semi-derelict building and they are about the foretelling of the future. His psychiatrist explains to him that he wants to know his future but is also afraid of knowing. The psychiatrist suggests that he should face his fears. He should go to that building (the building really exists and Radian knows where it is).

Radian takes his doctor’s advice. When he finds the building he finds a gypsy woman, a fortune-teller. She sees John Radian’s future in her crystal ball. She tells him his future and that he cannot escape it. Of course he tries to do so.

This is a nicely suspenseful episode, with some cleverly ambiguous touches. We know what is going to happen because we’ve heard the fortune-teller tell Radian, but her prediction seems to make no sense. We cannot see (and John Radian cannot see) how such a thing could happen. The ending is effective. A good episode.

It’s not easy to make an overall judgment on this series based on the half-dozen episodes that I’ve seen. A couple of the episodes are certainly unoriginal but others really are pleasingly weird and disturbing. 13 Demon Street had potential and it’s worth a look.