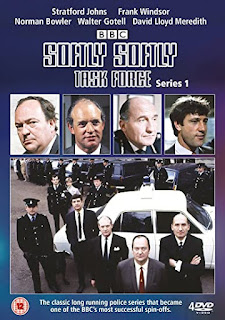 It was also ground-breaking in showing the police occasionally in a negative light, with incompetent and lazy officers making a hash of cases.

Intriguingly, in the first episode we see the police entering premises illegally, conducting illegal searches, intimidating suspects, denying suspects their legal rights and arresting a suspect even though their only evidence was obtained illegally. In 1969 all of this seemed to be taken for granted. Britain was a strictly regulated society and the police could do pretty much whatever they wanted.

The difference in tone between this series and The Sweeney is extraordinary when you consider that The Sweeney began its run only five years later and the two series ran concurrently for a while. Softly Softly Task Force not only has none of the violence and action of The Sweeney, it represents an entirely different approach to the TV cop show with its emphasis on routine everyday policing and the emotional strains faced by police officers.

Softly Softly Task Force begins with the arrival (in the first episode, Arrival) of Detective Superintendent Barlow (Stratford Johns) to take up his duties at the Thamesford Constabulary. Barlow had featured in both of the earlier series referred to above. He is shocked by the laziness, stupidity and incompetence of the officers under his command. 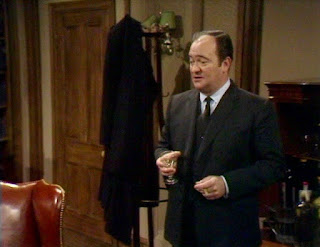 A little boy has gone missing and for hours nothing has been done. That all changes when the one competent officer at the station decides it would be a good idea to get Detective Superintendent Barlow out of bed to let him know what’s happening. Five minutes later Barlow arrives and takes charge but it may already be too late for that little boy.

Both Barlow and the Chief Constable are very dissatisfied with the handling of the case. They decide on a radical re-organisation, with two task forces (under the overall command of Barlow) to handle serious crimes. The personnel will be seconded from the normal divisions making up Thamesford Constabulary.

The second episode sees the re-organisation well underway. The one problem is that there is no-one competent to take charge of one of the task forces. The Chief Constable decides to bring in an outsider, John Watt, who will be promoted to Detective Superintendent. Watt has worked with Barlow before (and had been a regular character in both Z Cars and Softly Softly). Watt decides to conduct an exercise but it becomes more than an exercise when a serious stabbing takes place. The woman victim is in critical condition and may die. It could become a murder investigation.

It should be a straightforward investigation but it goes badly. There’s something the police are missing. The solution involves subject matter that was considered daring at the time and it’s an episode that almost certainly could not be made today without radical changes to make it politically correct.

In Diversion John Watt has planned an operation to catch a sneak thief who has been stealing from houses. It’s a very trivial crime but it’s more in the nature of a training exercise than anything else. It becomes much more exciting when an armed robbery takes place in the middle of the operation. This is Softly Softly Task Force at its best, very much in police procedural mode. Both the police and and the audience know the identity of the robbers and know where they are. The tricky part is going to be apprehending an armed robber without bloodshed. 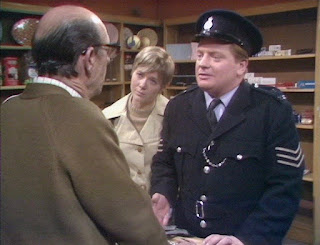 The Spoilt Ones deals with children with serious problems at home. This is a series that was consciously trying to grapple with difficult social problems. In this case it’s the problem of bad parenting. This is the sort of thing can veer into preachiness. Softly Softly Task Force tends to give us extreme examples but at the same time tries to take the line that the simple obvious solutions won’t necessarily work. A very depressing episode, depressing in that characteristic English style familiar to anyone who’s seen any of the English kitchen sink melodramas of the early 60s. It’s a good story, but harrowing.

To Protect the Innocent… once again deals with children. A prisoner wants a favour from Barlow and he has something to offer in return. What the prisoner wants is for the police to find his wife. Barlow shows an uncharacteristic human side. There’s a child involved and the possibility that harm may come to that child. It’s another example of the series treating social problems as complex and difficult to solve.

In Any Other Night it’s New Year’s Eve. The Chief Constable plies his senior subordinates with alcohol in an effort to iron out the personal conflicts between them. His plan is going well until the Thamesford police station itself is robbed. A very embarrassing and annoying occurrence. This is a crime that has to be solved quickly and as usual in this series the method adopted is painstaking routine police work. As with most episodes this one combines police work on the streets with high-level police internal politics. Good episode.

The Aggro Boy deals with football hooligans. A bit too much pontificating and speechifying in this one.

Standing Orders sees Thamesford Constabulary caught in the middle in a labour dispute. Their problem is that they have to be seen as strictly neutral which means a low-key presence but at the same time they cannot allow any threat to persons or property. In Inspector Hawkins is the man on the spot and he discovers just how difficult remaining neutral can be. There’s no real crime to solve in this episode the focus being on the pressures brought to bear on the police in such a situation. Good episode. 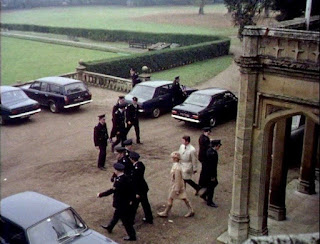 In Private Mischief someone has been impersonating a police officer. This has the potential to cause Thamesford Constabulary a lot of embarrassment. The matter has to be handled delicately, especially if the impersonator turns out to be the person they suspect. And then things get really awkward, with Barlow and Watt in a very tricky situation. Good episode with some emphasis on the pressures that can be put on junior officers.

In Open and Shut Inspector Hawkins has a very simple murder to deal with, but Chief Superintendent Barlow doesn’t seem as pleased as you’d expect. It’s that witness’s statement that makes him uneasy, and the confession makes him even more uneasy. It has the kind of ending you occasionally get in this series, the kind of ending you don’t expect in a 60s cop show. Very good episode.

In Sprats and Mackerels Thamesford police are investigating an illegal immigration racket. A call to a domestic dispute provides a possible lead. Meanwhile John Watt is trying to get his love life organised. Woman Detective Constable Betty Donald goes undercover but her efforts are hampered by the over-protectiveness of her male colleagues. Just as she was having fun playing at being a sexy bad girl. John Watt and Inspector Hawkins come face to face with some of the moral quandaries involved in policing. Good episode.

Like Any Other Friday… starts with what seems like a routine burglary, with a few trinkets being stolen. But there’s a concern that maybe something else may have been stolen, something the police haven’t been told about, and that something might be a gun. Possibly more than one gun. Nothing upsets the British police more than the idea of criminals getting their hands on guns so this becomes a major operation. A good police procedural episode with Barlow and Watt having to handle the situation very carefully, and having to consider whether or not to issue firearms to the task force. As in a previous episode we learn that this is something that John Watt is very very reluctant to do. 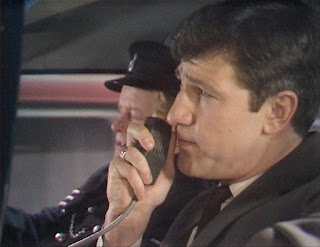 In Power of the Press a reporter wants to do a story on Thamesford Constabulary and the Chief Constable has the nagging suspicion that the reporter is actually trying to uncover a scandal and to suggest that the police have been covering it up. The police have to deal with the matter before the reporter can file his story but they have no idea what the scandal might be about. But they’ll have to try, and Sergeant Jackson’s gifts for routine administrative work provide a valuable clue. This is a story about the way the press uses and abuses its power. It features a particularly slimy newspaperman. He fancies himself a very clever very devious fellow but Charlie Barlow can be pretty clever as well. A very good episode.

In Trust a Woman WDC Betty Donald, in the course of an enquiry about a missing au pair girl, comes across some information that could be very useful to Thamesford CID. The information comes from an informant but the informant is the criminal’s girlfriend. John Watt doesn’t like it very much. In his experience women informants in such a situation often back out at the last moment. So it’s a police procedural story about the trickiness of using informants, and to some extent it’s a story about the psychology of informants. And the psychology of criminals and the women who love them.

In The Hermit a gang of thieves is preying on old people. They’re stealing jewellery and antiques. Their latest target is an old man who has some very valuable silverware. The police get a lucky break. They learn that the thieves will be returning to the old man’s house. Barlow sees the opportunity to set a trap to catch not just the thieves but the people behind the racket. There is however a risk. Barlow thinks it’s worth it, John Watt is not so sure. The emphasis here is on the moral dilemma because we know that Watt’s fears are reasonable. Good episode.

The final episode in the season, Escort, gives the task forces a new challenge. They have to protect a visiting American senator. They face a job for which their training may not have prepared them, and things get out of hand. This is the first episode in which a member of Thamesford police carries a gun. Not a bad episode but it gets a bit political, which is always a mistake.

If you can accept that this is a police procedural series that also focuses heavily on the social dimensions of crime and the political dimensions of police work then there’s much to enjoy here. There’s some fine writing and some fine acting and Barlow is a wonderful character. Highly recommended.