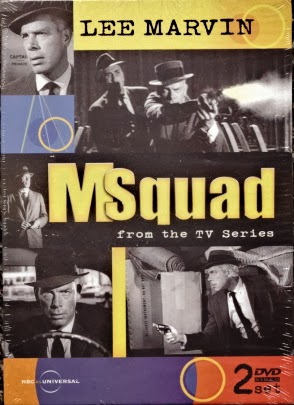 I’ve been getting into hardboiled 1950s American crime series recently. Most of the ones I’ve been watching have been private eye shows but M Squad is a hardboiled cop show. And it’s a good one. A very good one.

This was Lee Marvin’s only TV series. He plays Detective Lieutenant Frank Ballinger of the Chicago Police Department’s M Squad. The series ran on NBC for three seasons from 1957 to 1960.

As you’d expect with Lee Marvin playing the role Ballinger is a very tough guy. Marvin however doesn’t make the obvious mistake of playing him as cynical. Ballinger likes being a cop and he believes in it. He’s the sort of guy who actually thinks that you can make a difference by being a cop. Marvin also doesn’t make the equally obvious mistake of making Ballinger a starry-eyed idealist. Sometimes cops have to do unpleasant things. It’s all part of the job. You learn to deal with it. In other words Ballinger comes across as a believable cop.

Raymond Chandler’s famous quote about detectives comes to mind - “Down these mean streets a man must go who is not himself mean, who is neither tarnished nor afraid. The detective must be a complete man and a common man and yet an unusual man. He must be, to use a rather weathered phrase, a man of honour.” That describes Ballinger pretty well. He has a moral code and he lives by it and he can be sensitive without being sentimental.

He’s also a man to whom loyalty is important. If he believes in someone he’ll stick by him even if it’s unpopular to do so. 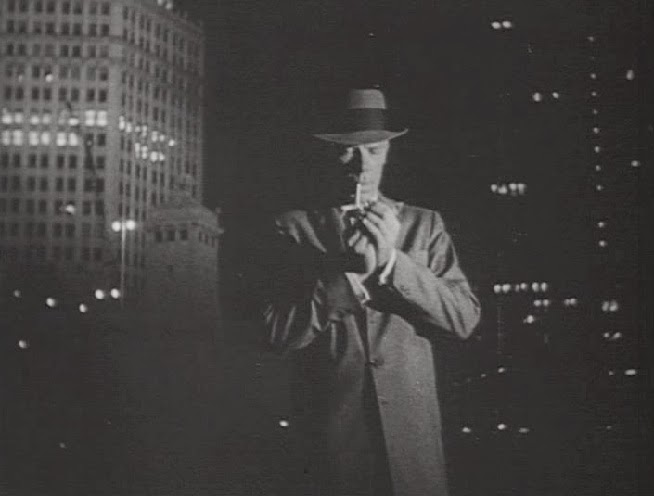 As for the mean streets, this series certainly has them. This is one of the 50s American cop series that shows a very obvious film noir influence. Even if the term film noir wasn’t being used back then the style of movie-making that we now call noir was certainly familiar, and M Squad draws heavily on that style. In 1950s television you couldn’t achieve a full-blown noir visual style, but M Squad has its shadows and it has the sense of alienation and despair of the mean streets Chandler was talking about. This is not the Chicago the city authorities would have wanted tourists to see. It has a certain very effective grunginess to it.

A television series at that time had to tread warily when dealing with matters like crooked  police but this series certainly acknowledges it as a reality and one episode deals quite directly with corrupt prison guards. The series has its downbeat moments but it doesn’t wallow in pessimism. Frank Ballinger keeps going because the job is worthwhile, because sometimes the bad guys do get caught and justice does prevail. There’s squalor and there’s corruption, but there’s also decency and justice.

By 50s TV standards it has its violent moments. They might be tame by today’s standards but they’re enough to get the point across. This is one of the things I personally like about the television and the movies of the past. They make their point without bludgeoning the viewer with it. 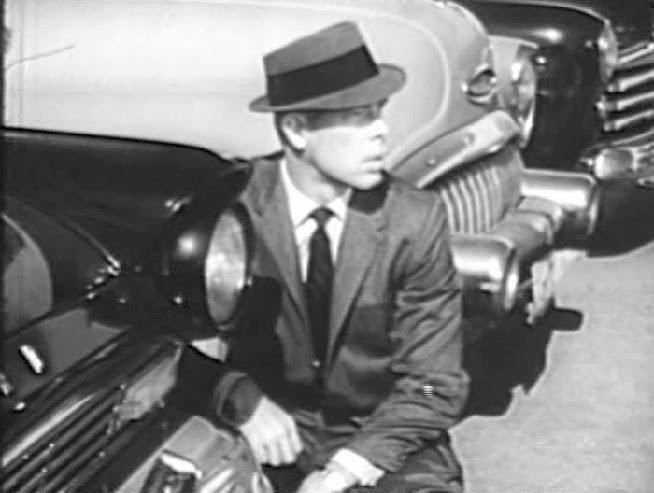 I’ve always believed that limitations are only limitations if you look at them that way. M Squad was hampered by the half-hour episode format that was standard at the time and the shooting schedules were frighteningly tight - two days per episode. M Squad demonstrates the way such limitations can be turned into assets. The writing is tight, the pacing is fast and the series has a frenetic drive that grabs the viewer from the start.

Of course Lee Marvin also helps. He was an actor who always radiated vitality and manic energy, but he managed to do this while always remaining the epitome of cool. He approaches his role in this series with the same dynamism he approached every other role.

I have the two-disc set that includes the first fourteen episodes of season one. The entire series, all 117 episodes, is also available on DVD.

Picture quality is quite acceptable but it’s not exactly pristine. Luckily this is the sort of series that is actually enhanced by a slightly battered visual appearance!

M Squad is great television, and with the considerable bonus of Lee Marvin as its star it’s pretty much essential viewing for crime TV fans.
Posted by dfordoom at 01:10