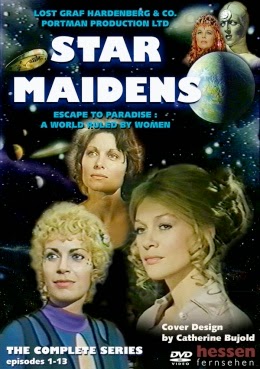 Star Maidens was an Anglo-German science fiction TV show that first aired in 1976. It was filmed in Britain.

The planet Medusa is ruled by women, with men kept for doing hard physical work, and providing sexual services to the women. The planet has been thrown out of its orbit around Proxima Centauri and is now on the outer fringes of our own solar system. The rulers of Medusa want to avoid contact with Earth but two men from the outlawed Men’s Liberation Movement steal a space yacht and head for Earth, attracted by the stories they’ve heard about submissive Earth women. Supreme Councillor Fulvia (Judy Geeson), the owner of one of the renegade men, and security chief Octavia (Christiane Krüger) set off for Earth to capture the runaways and return them to Medusa.

The action switches back and forth between Earth and Medusa, with a couple of human characters on Medusa and several Medusans on Earth. The Medusans find Earth just as bewildering as the humans find Medusa. The contact between the two worlds will eventually shake Medusan society to its foundations.

This is not shoot ’em up science fiction. Don’t expect any space battles. The producers didn’t have the budget and it’s not that type of series anyway. 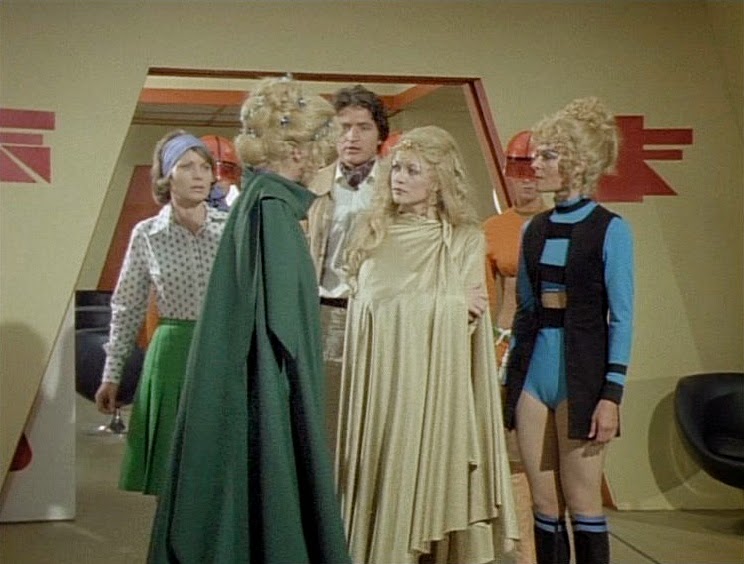 It’s an attempt at sexy humorous sci-fi with a satirical edge. Whether intentional or not, seeing the show today it comes across as amazingly and delightfully camp. The model shots of the Medusan cities are crude compared to the brilliant model work seen in British series of the same vintage such as UFO and Space: 1999, but they’re imaginative and fun. The sets and costumes are as outrageously 1970s as anything you’re ever going to see. They’re silly but they’re wonderful.

Production designer Keith Wilson also worked on Space: 1999 which accounts for a certain resemblance between the two series. Star Maidens was made on a much smaller budget but the production design is fairly impressive. The sets and costumes are fun in an outlandish 1970s way.

The program’s sexual politics are a little muddled but although it’s been accused of being anti-feminist I don’t think it is, although it may well be antipathetic to a certain strain of intolerant feminism. Both the Medusan women and the Earth men trade snide remarks about the opposite sex and behave with outrageous arrogance, which is pretty much what people do when confronted by other people who hold opposing views. In the two episodes I’ve seen so far the nastiest put-down is Octavia’s response when asked by an Earth scientist if the Medusans have done much space exploration. She replies that most of the universe isn’t very interesting and that “space travel is for little boys.” It’s rather typical of the show in being amusingly double-edged. 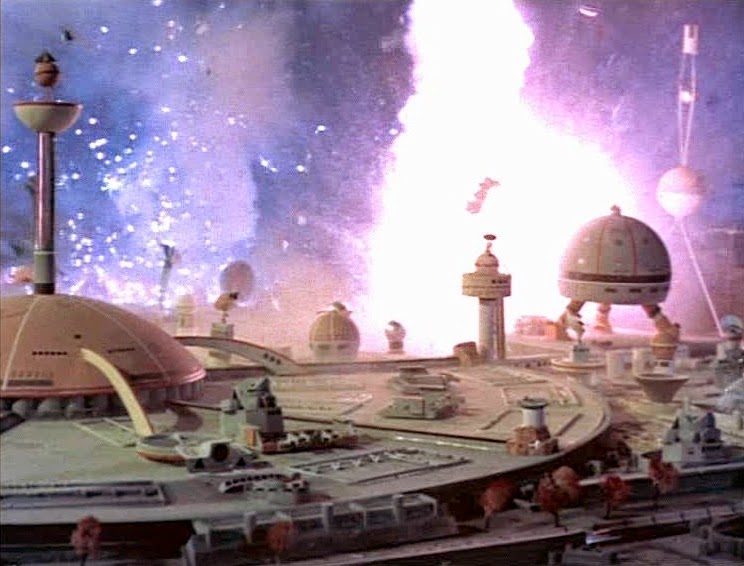 So far it doesn’t seem to portray Medusa as either a feminist utopia or a nightmarish dystopia. It’s more like a kind of reversed view of human society before the second wave of feminism. The Medusan women don’t hate men. They adore them. They treat them as much-loved, highly pampered and rather adorable pets. They just don’t think it’s wise to become too attached emotionally to their pets, and the idea that men might be capable of thinking for themselves or taking responsibility for their own lives seems to them to be a silly sentimental fantasy, pure science fiction. It doesn’t seem inclined either to idealise or demonise the Medusan women and their female-ruled society, or to either idealise or demonise men.

Medusa is a somewhat totalitarian society, although it’s totalitarianism with a warm fuzzy cuddly edge to it. Rules are enforced by social pressure rather than with jackboots although the Medusans are prepared to use force when they deem it necessary. 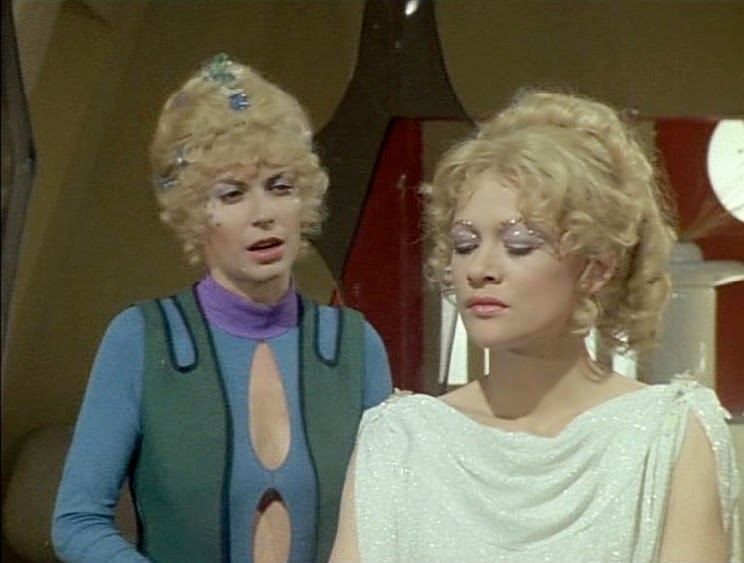 In our present age of political correctness this series possibly has more bite to it, and certainly more irony, than it would have had in the 70s.

There’s lots of eye candy for everyone whether your tastes run to men or women. Judy Geeson as Fulvia and German actress Christiane Krüger as Octavia both get to wear bizarre makeup and outlandish clothes and to look rather glamorous in a very very 1970s sort of way. The acting is the biggest surprise in such an obviously low budget program. It’s pretty decent, and Geeson (in full-on sex kitten mode) and Krüger are very good. Plus you get a pre-Blake’s 7 Gareth Thomas. A bit of trivia - Christiane Krüger is the daughter of famed German actor Hardy Krüger.

The writing is variable in quality but it has its moments. Some episodes, notably The End of Time and Creatures of the Mind, include some genuine science fictional ideas.

The series was released on DVD in Region 2. The transfers are of reasonable quality, perhaps a little grainy at times but generally very acceptable.