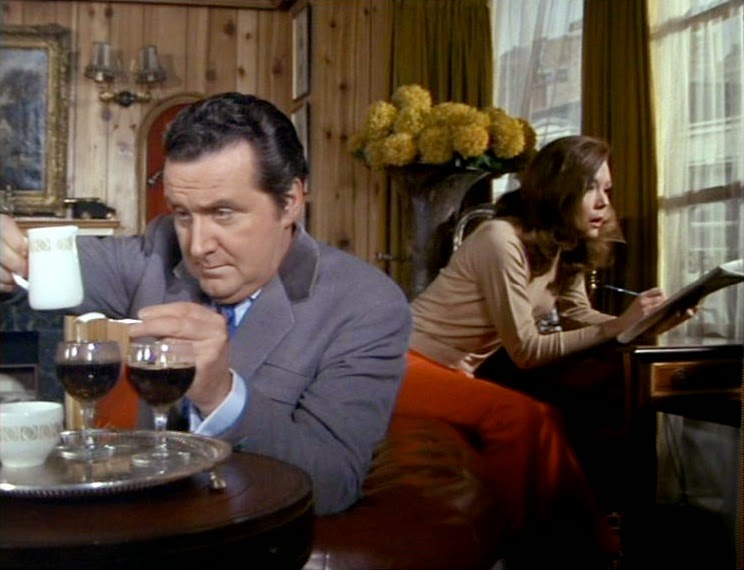 I’ve recently bought a book on the Tara King era of The Avengers. It inspired me to watch the episode that introduced her, The Forget-Me-Knot.

The Forget-Me-Knot is of course best remembered as Mrs Peel’s farewell episode. It had a curious production history. It actually belongs to the final 1968 season. It was made months after Diana Rigg had left the series, by which time Linda Thorson had not only been signed as her replacement but had actually filmed a couple of episodes. Then someone got the idea of an episode that would give Mrs Peel a proper send-off and also act as an introduction to the two new Season 6 characters, Tara King and Mother.

According to some sources Brian Clemens cobbled the whole thing together from an episode from the previous season that had been half-completed and then abandoned. He could only get Diana Rigg for four days’ shooting (and he could only get her at all rather reluctantly).

The circumstances must have been a little embarrassing for both Diana Rigg and Linda Thorson. Thorson was nervous enough in her first few episodes (even a more experienced actress would have been somewhat daunted by stepping into Diana Rigg’s shoes) and having to appear onscreen with Rigg would hardly have helped her confidence. 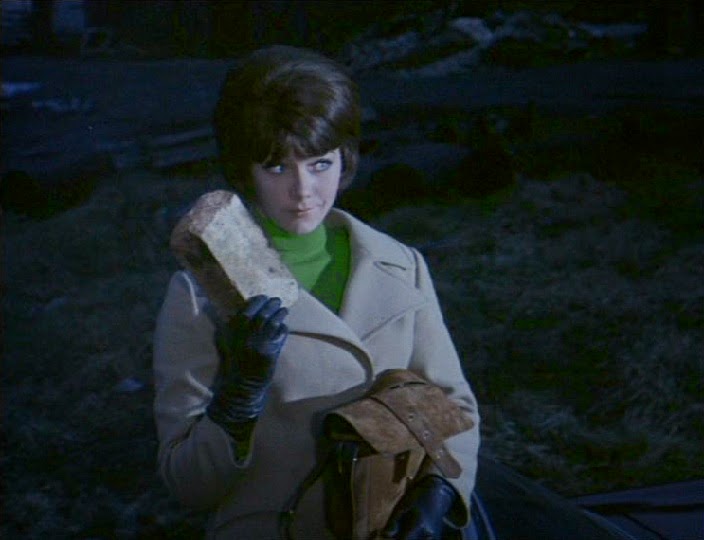 While all fans of The Avengers have a soft spot for this episode for the closing scene with Mrs Peel, as an actual Avengers story it has a rather poor reputation. While the plot is nothing special it does have some nice touches. I like the fact that the amnesia-inducing drug is only partially effective, leaving its victims with confused snippets of memory. That actually gives Clemens the opportunity to make more inventive use of memory, both as a plot device and as a vehicle for gags. And since it’s Mrs Peel’s farewell episode it’s appropriate that the whole episode is about memory.

This episode also has an amazing number of fight scenes, with most being quite clever. I love Tara King taking out one of the bad guys by slugging him with her handbag, having had the forethought to place a housebrick inside it first. It’s not the way Mrs Peel or Mrs Gale would have done it, but it works and it immediately establishes that Tara is not going to be an Emma Peel clone or a Cathy Gale clone.

I think Linda Thorson acquits herself quite well. As the season wore on she steadily improved but it’s already clear that she has potential. The concept of the character was that she would be softer and more feminine than her predecessors, which certainly gave Thorson a challenge since she obviously also needed to make the character a convincingly formidable secret agent. 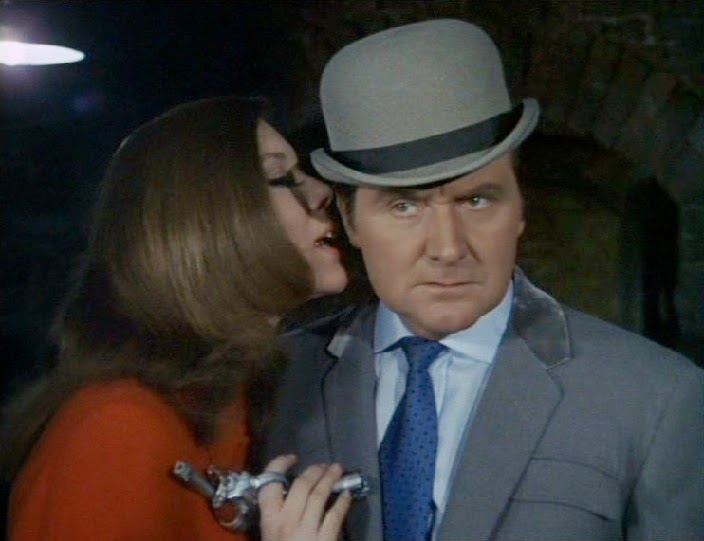 The script might not have been one of Brian Clemens’ finest moments but The Forget-Me-Knot gets by on its visual style. It was on the whole a fairly successful attempt to link the final two eras of The Avengers.

And of course it leaves us with a puzzle that has intrigued fans for years - what exactly does Mrs Peel whisper in Steed’s ear?

The Forget-Me-Knot is included in the Region 4 boxed set of the 1967 season although it was actually first screened in 1968 as part of the following season.