The British gothic horror anthology television series Mystery and Imagination ran from 1966 to 1970. Each episode was based on a classic work of gothic fiction. The early episodes were made by ABC, which after merging with Rediffusion became Thames Television. Thames Television produced the final six episodes. The first of the Thames episodes was Uncle Silas, based on J. Sheridan le Fanu’s 1864 novel. Uncle Silas went to air in November 1968.

Joseph Sheridan le Fanu (1814-1873) wrote both “sensation novels” and gothic horror and his importance in the history of both genres can hardly be overstated. His vampire novella Carmilla has been adapted for film and television countless times (in fact it was adapted for this very series but is one of the many lost episodes). Uncle Silas can in fact be considered to belong to both genres. It might not be supernatural horror but it’s certainly gothic.

This television adaptation goes for total gothic overload. The gothic atmosphere is taken almost to the point of parody. This is combined with an extraordinary and delirious excessiveness and the result is one of the most outrageous pieces of television you are ever likely to see.

Maud Ruthyn (Lucy Fleming) is the daughter of the respectable and in his own rather gruff way essentially kindly Austin Ruthyn. As Maud is now approaching adulthood her father feels it may be time to raise a very uncomfortable subject with her - her notorious Uncle Silas, her father’s brother. As Austin explains Silas has lived as a virtual recluse for many years, his life blighted by rumours and suspicions. 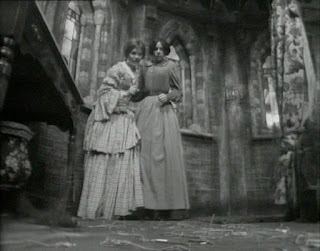 As a young man Silas Ruthyn had incurred very heavy debts, the result of riotous living. These debts were conveniently cancelled out by the fortuitous death of the money lender to whom he owed them. The money lender died, apparently by his own hand, in a locked room with all the doors and windows sealed from the inside (this story is a very early example of the locked-room mystery genre) so a verdict of suicide was officially accepted. The circumstances in fact indicated that suicide was the only possible explanation.

In spite of this there were persistent rumours that Silas had murdered the money lender. The rumours made it impossible for Silas to take his rightful place in society and he withdrew into seclusion. This seclusion gave rise to both eccentricity and drug addiction.

On the death of her father his will is found to include a very alarming clause - Silas is appointed Maud’s guardian and she will have to live in his grand but semi-ruined and somewhat forbidding (and naturally incredibly gothic) house.

Silas’s isolation has meant that his children have received little education and few instructions in the social graces. His daughter Millicent is good-natured in a rather rustic sort of way but his son Dudley (Dudley Sutton) is much more worrying. He not only has a reputation for drunkenness, debauchery and gambling he is also an uneducated lout. Worse still, he is determined to marry Maud. Maud clearly is in a very difficult position and her future looks rather bleak. 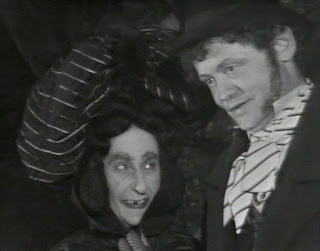 Production designer Stan Woodward has really excelled himself in creating the gothic mood and director Alan Cooke approaches his subject with enthusiasm. He throws in a lot of very effective low-angle shots and the occasional Dutch angle and generally shows considerable skill in enhancing the feel of weirdness and subtle brooding menace.

The music (by James Stevens) adds yet another layer of outrageousness. The icing on the cake is the over-the-top acting, especially from Robert Eddison as Silas and Dudley Sutton as his loutish son.

The performances are in general remarkably effective. Robert Eddison veers between self-pitying resentment, deviousness and ingratiating meekness and he makes Silas more than a mere monster. Or at least he conveys this impression - whether Silas really is a monster or not remains to be seen.

Lucy Fleming is particularly good. Maud is a very feminine well brought up young lady keen to be a dutiful daughter and abide by her late father’s wishes but at the same time she’s quite strong-willed and determined and at times even verging on feisty. It’s a fine complex performance and although she avoids the excesses of the other cast members she’s never overshadowed by them. 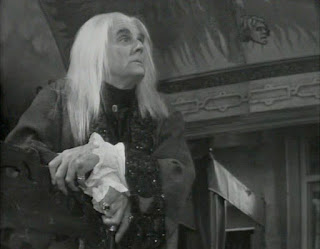 There’s plenty of delicious melodrama here (and I happen to love melodrama), some bravura acting, fine directing and superb sets, a locked-room mystery and as much gothic atmosphere as anyone could possibly desire. And it all works.

Network in the UK have released the six Thames TV episodes plus the two surviving ABC episodes of Mystery and Imagination in a fine Region 2 DVD boxed set. Of the other Thames TV episodes The Suicide Club and Frankenstein are very much worth seeing. Dracula and Sweeney Todd are less successful but they still have some interest. The boxed set is certainly a very worthwhile buy for fans of gothic horror. The loss of almost all the ABC episodes (no less than sixteen out of the eighteen are lost episodes) is an incalculable loss.