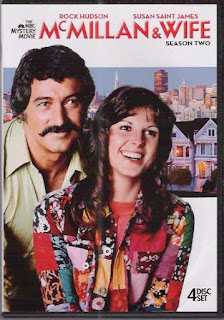 McMillan and Wife was one of the big successes among the various mystery series that screened under the umbrella of The NBC Mystery Movie. The second season of seven feature-length episodes went to air in late 1972 and early 1973. The season one cast remained intact, with Rock Hudson and Susan Saint James as the two leads and John Schuck as Detective-Sergeant Enright and Nancy Walker as the McMillans’ maid Mildred.

McMillan and Wife was the television equivalent of the “cozy” detective fiction sub-genre, with no graphic violence or sex and done in a slightly playful manner but with an emphasis on good old-fashioned well-constructed mystery plots.

The season opener, Night of the Wizard, starts in typical McMillan and Wife style with Police Commissioner McMillan (Hudson) pursuing a suspect through the streets of San Francisco. The fact that a Police Commissioner would be incredibly unlikely to be doing such a thing is in fact a sort of running gag. In this instance the chase is rather inspired and quite witty.

Night of the Wizard is by McMillan and Wife standards a semi-serious episode. A woman is terrified when her dead husband appears to her at a séance and accuses her of his murder. The accusation is all the more disturbing since the woman, Evie Kendall, had in fact been charged with the murder but was acquitted.

There are lots of fun Old Dark House elements in this one.

In Blues for Sally M. an attempt is made to murder a composer/pianist. But why does he have a signed photograph of Mrs McMillan in his apartment? Unfortunately this episode suffers from a fatal flaw which makes the solution obvious right from the start. Keir Dullea gives a good performance as the obnoxious self-pitying composer. 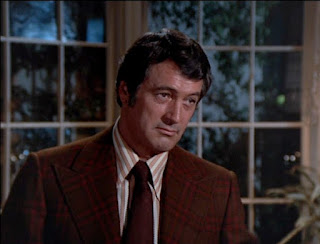 Cop of the Year marks two big moments in Sergeant Enright’s life - he gets to collect the Cop of the Year award and he shoots his ex-wife. At least he seems to have shot his ex-wife, it seems like an open-and-shut case, but he denies it. And Commissioner MacMillan believes him. All he has to do now is to prove that Enright didn’t do it despite the overwhelming evidence.

Enright’s ex-wife, Monica, isn’t (or wasn’t) exactly the ideal wife. In fact she was selfish, narcissistic and vicious, so Enright had plenty of motive. This is an episode with a classic film noir setup. It’s based on an Edward D. Hoch short story, Hoch being a noted exponent of the impossible crime story. Robert Michael Lewis emphasis the puzzle aspect by shooting the murder scene from directly overhead.

The mystery here is not whodunit (which is pretty obvious from the beginning), but howdunit. And on the whole it’s a very good locked-room mystery.

Terror Times Two makes use of one of the most hackneyed ideas in television history, the idea of the double. A gangster has found a man who is Commissioner McMillan’s exact double. Rock Hudson does a pretty decent job playing the dual roles but you can’t get away from the fact that it’s an unimaginative idea and the script just doesn’t manage to add any interesting or original twists. 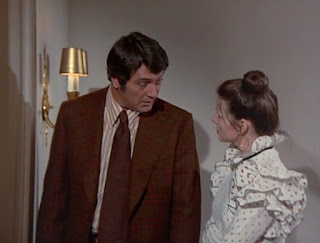 No Hearts, No Flowers is another story which involves one of the hoariest ideas in crime fiction, in which the detective’s wife is the potential victim of a psycho. Sally has her purse snatched. This has unexpected consequences as it becomes apparent that Sally has a stalker. The twist ending might perhaps stretch credibility a bit but this is a detective story, not a documentary. It’s supposed to be entertainment, not reality, and it does entertain. There’s also a car chase. There’s no point in setting a cop show in San Francisco if you don’t have some car chases. It’s a city that seems to have been designed specifically as a venue for car chases.

In The Fine Art of Staying Alive Sally McMillan is once again in danger. Commissioner McMillan has to choose between saving Sally or saving a priceless Rembrandt. This one perhaps doesn’t have quite enough plot to sustain the feature-length running time and the crucial clues are just a bit too convoluted and obscure to be believable. It’s still fairly enjoyable.

Two Dollars on Trouble to Win takes McMillan and Sally to the racetrack. Sally’s Uncle Cyrus (well he’s not really an uncle but rather an old friend) has a horse that’s a sure thing to win a big race. Cyrus is a cantankerous old cheapskate but for some reason Sally thinks he’s wonderful. Cyrus has a bad heart and a series of accidents threatens to make that heart problem critical, or even fatal. Could it be a diabolically clever plot to murder the old boy by indirect means? 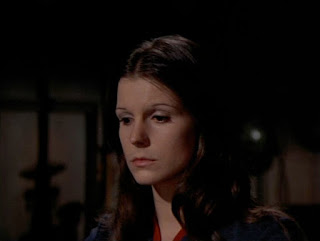 McMillan and Wife suffers a little from plots that are, with a few exceptions, rather on the conventional side.

The second season is also pretty uneven. Night of the Wizard and Cop of the Year are the standouts and they're very good indeed. Blues for Sally M. is a fine idea let down by one serious flaw. Terror Times Two is the only episode that could be described as a real dud.

The major strength of McMillan and Wife lies in the two leads. Rock Hudson and Susan Saint James make a convincing married couple. They have the right romantic, and sexual, chemistry. They’re extremely likeable and John Schuck is equally likeable as Enright.

This is definitely crime on the cozy side but it’s thoroughly harmless light entertainment. Not as good as its NBC Mystery Movie stablemates Columbo and Banacek but if you don’t take it too seriously it’s enjoyable. Recommended.
Posted by dfordoom at 17:02