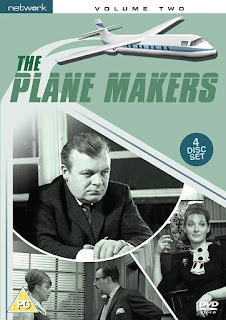 The initial DVD release from Network, which I reviewed some time ago, included the sole surviving first season episode plus the first half of season two (all of seasons two and three have survived).

John Wilder is still in control at Scott-Furlong, still under siege by his enemies and still displaying his uncanny ability to take insane risks and get away with them.

The Plane Makers is sometimes described as a boardroom drama but that’s a bit misleading. It’s a series that focuses not just on the activities of management but also on the goings on on the shop floor, and the devious activities of bureaucrats, bankers, politicians and union officials. And it’s surprisingly even-handed. The representatives of the working class are short-sighted and selfish, but then so are the representatives of the ruling class. Workers, managers, capitalists, union men and civil servants are all the same. A handful are visionaries. Most are blinkered and stupid. A handful are courageous. Most are timid if not overtly cowardly. A few are genuinely dedicated; most are self-serving. This was Britain in the 60s. Getting anything done was just about impossible. No-one wanted to take any responsibility, no-one wanted to take any risks, no-one wanted to look to the future.

John Wilder is ruthless, devious, unscrupulous, untrustworthy and thoroughly reprehensible but he gets things done. He is selfish but he is a visionary. He doesn’t care if people think he’s a nice guy, as long as they don’t get in his way. He is not however a villain. He is not a stereotyped evil capitalist. He intends to get to the top but he also intends to take the Scott-Furlong Aircraft Company to the top of the aviation industry and that’s going to benefit everybody who works for the company.

Patrick Wymark is able to make Wilder breathtakingly cynical and unscrupulous and still make him a heroic figure. You just can’t help hoping he wins. Although he’s a giant surrounded by pygmies in a perverse sort of way he’s the underdog - there isn’t anyone on whom he can truly depend except himself.

The second half of season two begins with How Do You Vote? and it’s the kind of boardroom battle (or boardroom bloodbath) at which John Wilder excels. Scott-Furlong need to sell forty-two of their new Sovereign short-haul jetliners. They’ve already had quite a few orders but Wilder wants to press ahead and build the whole forty-two right now, even without firm orders. His thinking is that this will give Scott-Furlong a major advantage over their French rivals - Scott-Furlong will be able to offer immediate delivery to future customers. It’s the kind of risky but bold thinking that has made Wilder a legend in the aviation industry but his board of directors is composed of men who are not noted for either boldness or risk-taking. 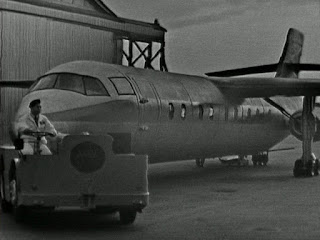 This episode perfectly illustrates the way Wilder’s mind works. He has risen far but he intends to rise much much further. To maintain his upward momentum it is essential that the Sovereign should be a spectacular success. A modest success or a partial success will not do. Therefore he intends to gamble that the aircraft will be a spectacular success. If his gamble fails he is lost but he doesn’t care. If you can’t reach the very top it’s better to crash and burn in the attempt than to play safe.

In One Out, All Out! John Wilder faces a crisis. His board of directors, and especially the chairman, are determined to cut him down to size and force him to do their bidding. They’re going to sabotage his plan to start immediate construction of twelve new Sovereigns. Scott-Furlong are also facing industrial problems with a major strike seeming like a virtual certainty, and that seems to be a result of another misjudgment by Wilder. John Wilder is on the ropes and is facing not just censure but the very real possibility of being sacked as managing director. Given all this the curious thing is that Wilder seems not only unconcerned, he actually seems to be very pleased with the way things are going.  Is it possible he’s going to be able to pull a rabbit out of a hat? Has he fatally over-reached himself or is he once again a step ahead of his enemies? And what of general manager Arthur Sugden, torn once again between his old union loyalties and his loyalty to Wilder. He seems to be caught between a rock and a hard place. And like Wilder he seems to be oddly unconcerned. There are some very devious power plays going on here, which is what this series is all about.

Loved He Not Honours More continues the power struggle between Wilder and Sir Gordon Revidge, the chairman of the board. He has his back to the wall but it’s unwise ever to assume that John Wilder is beaten.

A Bunch of Fives follows the mixed fortunes of a sales tour through southern Europe. Perhaps it should have been obvious that eight men and one woman was a dangerous mixture, especially if the woman is an attractive young widow. Sales manager Don Henderson has enough to worry about trying to sell aeroplanes without having to spend his time preventing the other men from killing each other over the young widow. An amusing little episode. 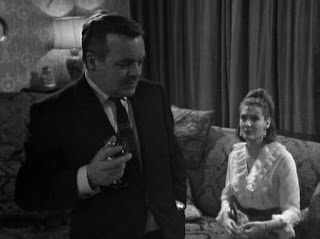 The Smiler is a young man with a bright future as a Scott-Furlong executive. The only problem is that he is perhaps too efficient and too keen. Too keen to know too much. Another good episode dealing with themes of loyalty, suspicion and professional jealousy.

A book on the history of the Scott-Furlong Aircraft Company puts the cat among the pigeons in the episode In the Book. General Works Manager Arthur Sugden is incensed by the chapter dealing with one of Scott-Furlong’s more successful aircraft of the 1930s. It’s all a matter of who should get the credit for that particular long-ago project. It would be merely an interesting historical argument except for the fact that the brother of one of the major players at that time is now a potential customer. He wants his brother to get all the credit for that 1930s triumph, and if that doesn’t happen then the projected sale of five Sovereigns worth millions of pounds could be in doubt. This is an intriguingly different business drama but there is a serious point to it. Sugden wants to make a stand for the truth. Wilder would prefer to sacrifice the truth in order to sell those five aircraft. It’s an episode that shows the strength of this series - a slightly offbeat story that has a lot to say about the characters of the men involved.

Miss Geraldine owns land that Scott-Furlong needs for their ambitious projects for the future, and in the short term for an accelerated production schedule for the Sovereign. Persuading Miss Geraldine to sell is however quite a challenge. She is extremely wealthy so money is not going to induce her to sell. Various underlings have been assigned the task of persuading her to sell, with a conspicuous lack of success. Finally John Wilder decides to take the matter in  hand himself.

A Condition of Sale is what causes a crisis at the works. An Italian airline is prepared to place a firm order for for Sovereigns but they insist on a demonstration flight with the new Mark VII engines. Unfortunately there’s no way the new engines can be ready in time but somehow Arthur Sugden has to perform a miracle and make sure they are available. In the process Sugden learns the John Wilder method of doing business and loses a few illusions. An excellent character-driven episode. 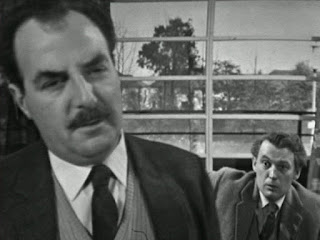 A Paper Transaction continues the fight-to-the-death struggle between Wilder and chairman of the board Sir Gordon Revidge. Sir Gordon has forced one of his relatives, a certain J. Ashley Pender, upon Wilder as chief accountant, the man’s actually job being of course to spy on Wilder and undermine his position. Wilder comes up with a remarkably ingenious scheme to get rid of Pender but the scheme is more risky than Wilder suspects. While there’s the usual tense struggle for power this is also a very clever and amusing episode.

A Job for the Major causes headaches for Arthur Sugden. Major Crabbe has been brought into the form to do some reorganisation of the works. John Wilder has made it clear that the Major can’t be fired (having an ex-military man in a senior position impresses the Ministry of Defence and could help in lading military contracts). The headache is that is Sugden can’t get rid of him then the Major is going to end up triggering mass resignations of key personnel who cannot tolerate the military discipline on which the Major insists. What makes this episode interesting is that while the Major is his own worst enemy he’s not a fool and in his own way he’s a very decent fellow. His greatest strengths are at the same time his greatest weaknesses. And although the people with whom he clashes do have some reason for resenting him they’re not entirely blameless either.

"A Matter of Priorities” lands Wilder in trouble with women. Lots of women. Including his wife who wants a divorce, which is of course out of the question. His mistress is being unreasonable as well, and then there’s Mrs Rossiter, the wife of a brilliant young Scott-Furlong technician. Wilder has no interest in her, except as a way of preventing her husband from leaving the company, but she still causes him no end of trouble. Oddly enough his mother-in-law is the least trouble of all. But the big problem is his wife and the question is how high a price will he pay to keep her?

In "The Homecoming” Arthur Sugden is giving serious thought to his future and he has to confront some awkward questions of loyalty. 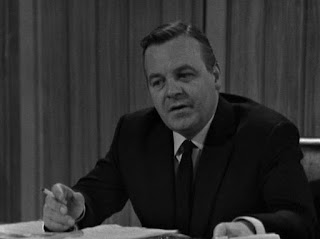 In "Sauce for the Goose” Wilder and his wife Pamela are in Paris. Wilder is busy trying to sell aeroplanes. Pamela is bored and she attracts the attentions of a young American gigolo. It’s her chance to get back at Wilder for his infidelities, but will she take it?

The final episode of the second season is How Can You Win If You Haven't Bought a Ticket? and it involves a power struggle between WIlder and Arthur Sugden. The odds are stacked very heavily against Sugden but he has no intention of going down without a fight. And he has a few surprising allies.

The Plane Makers achieves a perfect balance, focusing enough on the personal lives of the characters to make them three-dimensional but keeping enough emphasis on the professional side to avoid the danger of becoming a soap opera.

John Wilder is a marvellous creation, a man who is equally worthy of both admiration and contempt. This is the tycoon as hero, but as flawed hero. Flawed, sometimes appalling, but sometimes magnificent. Patrick Wymark is superb.

While Arthur Sugden is a very different type of character he’s just as complex and Reginald Marsh’s performance is just as impressive. Barbara Murray as Pamela Wilder and Robert Urquhart as the fussy but hyper-competent chief test pilot Henry Forbes are also exceptionally good.

The Plane Makers is a product of the “everything shot live in the studio” era of British television. At its worst this style can seem clunky and stilted but at its best it can achieve a degree of immediacy and drama that puts to shame the products of later and supposedly more sophisticated eras of television. The Plane Makers is an outstanding example of the style at its best, with everything depending on the writers and the actors.

The Plane Makers is intelligent provocative and rather subtle television. Very highly recommended.

My review of the first half of season two can be found here.
Posted by dfordoom at 04:58