A for Andromeda (novelisation of TV series) 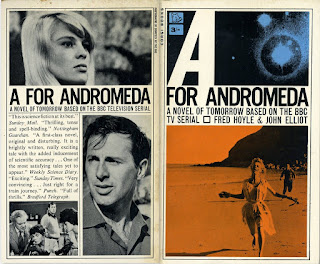 Although a reconstruction of the television series, using the surviving audio and production stills, was attempted the novelisation (which is actually extremely good) is now really the only way for us to appreciate what a tragedy the loss of the series was.

Here’s the link to my review of the novelisation.
Posted by dfordoom at 05:21