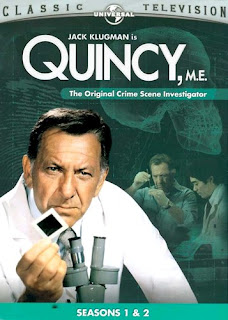 There’s considerable disagreement whether the 1977 second season of Quincy M.E. really does constitute a second season or whether the first and second seasons should be regarded as a single season. The exact point at which season two begins could also be debated. What matters is that there certainly were some significant changes that roughly coincided with the switch from feature-length to one-hour episodes.

Quincy’s girlfriend Lee (Lynette Mettey) disappears fairly early on. I think that’s a pity. Her presence served to make Quincy a bit more sympathetic and human and added a much-needed lighter touch to a series that often takes itself much too seriously.

Much more signifiant is Dr Asten’s personality change. Dr Asten is Quincy’s immediate boss at the Coroner’s Office. In the first season he was a somewhat contemptible figure, a typical careerist who was more worried about not rocking the boat than actually finding the truth. He was a bit of a weasel and a bit of a moral coward. In this second season he becomes a much more complex and nuanced figure, a man genuinely struggling with the difficult task of watching the budget, dealing with political pressures and ensuring that the job of properly investigating suspicious deaths gets done properly. He has mysteriously grown a backbone and is on occasions prepared to back Quincy even when it might entail risk to his own position. I think this change is a welcome one. The new version of Dr Asten is quite an interesting character.

The other supporting characters remain substantially unchanged. Sam Fujiyama is still the loyal but long-suffering assistant to Quincy. Lieutenant Monahan is still bad-tempered, overworked and constantly exasperated by Quincy. Danny is still the faithful friend who just wishes Quincy wouldn’t park his car, with Coroner’s Office prominenty displayed on the door, outside his bar. 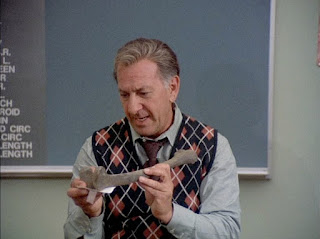 At this fairly early stage in the series (which eventually ran to eight seasons) some major problems are already starting to become apparent. There are already too many episodes that seem much too much like lectures rather than entertainment. There’s too much of a tendency to allow the focus to shift away from forensic pathology into social crusading.

The biggest problems are Quincy himself, and Jack Klugman’s performances. When Quincy is doggedly following a chain of tenuous forensic clues his abrasiveness and obsessiveness can be quite enjoyable, but when he dons his social crusader’s cap he can become irritating and even obnoxious. And Jack Klugman’s acting is not exactly subtle. A little bit of Jack Klugman tends to go a long way.

Quincy is attending a convention of forensic pathologists in a resort hotel when the guests start to succumb to a mysterious illness in Snake Eyes. Quincy’s main concern is that whatever the illness is it could be infectious but the hotel management are more concerned about a panic among their guests. It’s a good episode with the focus firmly on forensics.

Even better is ...The Thigh Bone's Connected to the Knee Bone... in which Quincy has one bone with which to work. From that bone he intends to identify the victim, discover how he died and who killed him. This is Quincy M.E. at its best with Quincy doggedly following a tenuous trail of evidence. 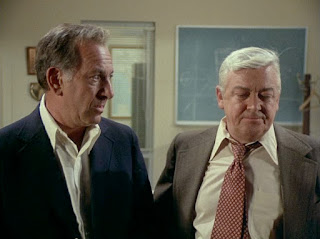 In Visitors in Paradise Quincy and Danny take a fishing vacation and Quincy finds himself trying to solve a previously unsolved case but someone is determined to stop him. A reasonably good episode.

The Two Sides of Truth sees Quincy pitted against his old mentor, a brilliant man but Quincy suspects that he’s sold out. Not a particularly good episode.

Hit and Run at Danny's concerns a hit-run case and a body pulled from a car that ended up in the sea. The identity of the victim is kind of complicated. And Danny could lose his liquor licence as an indirect result, which strains his friendship with Quincy. A fairly decent episode.

Has Anybody Here Seen Quincy? is a Quincy M.E. episode without Quincy and not surprisingly it doesn’t work at all.

A Good Smack in the Mouth is another misfire. Quincy suspects that a child has been abused. Quincy goes into full-on social crusader mode and it all gets very preachy and very contrived and very tedious. This series is always at its best when the focus remains on forensic pathology and unfortunately there’s virtually none of that in this episode. 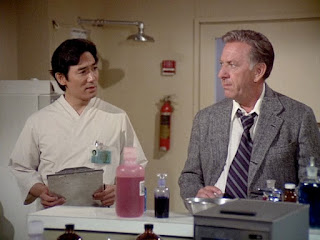 An Unfriendly Radiance is a welcome return to form. Quincy is faced with a very odd death. The man died of radiation poisoning but there was absolutely no way he could have been exposed to radiation. This one works because it concentrates on forensics and on crime investigation rather than social crusading. A very good episode.

Usually it’s Quincy trying to convince Lieutenant Monahan that a case is worthy pursuing but in Sullied Be Thy Name the shoe is on the other foot. A priest is found in a hooker’s bed, dead of a heart attack. Since the priest is an old friend of his Monahan is keen to clear his name. Quincy is faced with a lack of evidence but presses on regardless. This episode has a genuinely clever plot and lots of good forensics stuff. A very fine episode.

Valleyview is a sanitarium and there seem to Quincy to be just too many unexplained deaths of patients there. When a nurse dies suddenly as well Quincy is convinced his suspicions were justified. A good mystery plot here with some effective misdirection. Very good stuff.

Unfortunately it all starts falling apart again with the final episode of the season, Let Me Light the Way. Quincy is determined to bring a serial rapist to justice. The story is not necessarily bad but the treatment is heavy-handed and manipulative and Quincy’s crusading zeal becomes embarrassing and very irritating. It’s all rather unconvincing and contrived. 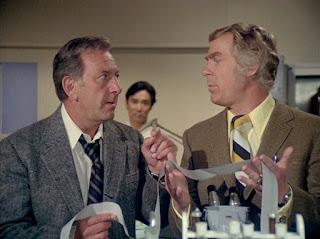 I’m afraid that Quincy M.E. is a series about which I have increasingly mixed feelings. There are some very good episodes here but alas there are just as many clunkers.

And when this series is bad it’s very very bad. The tendency to preachiness is something that afflicts most American television of this era to some extent. In Quincy M.E. that tendency gets out of hand rather too often.

My biggest issue with this series is that Quincy as a character rubs me up the wrong way. I find it hard to be too sympathetic towards him since he alienates people in unnecessary ways, even people who are actually well disposed towards him.

Although it’s by no means all bad I would definitely recommend renting a few episodes first before risking a purchase.