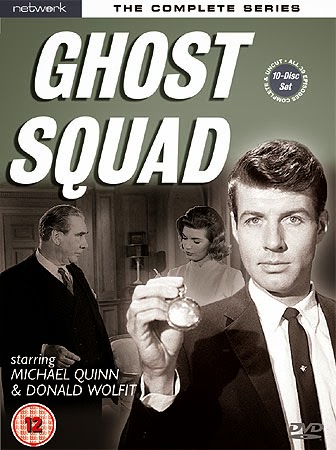 The series deals with a division of Scotland Yard specialising in undercover work, with officers who infiltrate criminal organisations for extended periods of time. The series was inspired by an actual division of the Yard. It was based on books by John Gosling who had been an officer in the real-life squad.

Ghost Squad is fairly typical of the early 1960s style of British crime/adventure television series. Most of the action supposedly takes place in exotic locations but in fact it was filmed almost entirely in the studio, relying on stock footage of the exotic locales. And as was the case with so many of the British series of the era the lead role was taken by an American, the idea being that this would improve the chances of the series in the US.

Michael Quinn as Nick Craig is a perfectly adequate hero although his supposed genius for disguise has to be regarded with some scepticism. Donald Wolfit overacts delightfully as Nick's boss at the Yard. As always with British television of this era it's fun to spot the guest stars, with people like William Hartnell (the first Doctor Who), Warren Mitchell, Brian Blessed and Honor Blackman putting in appearances. 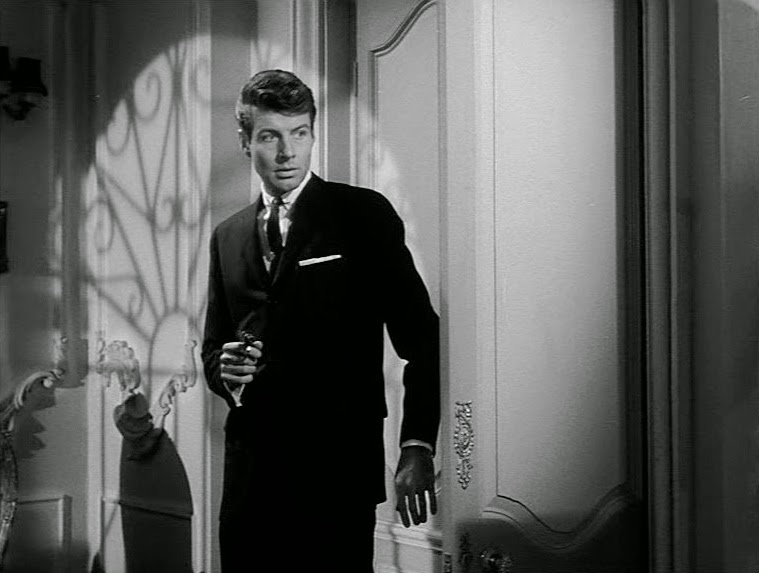 The title of the series was changed to G.S.5 for the third season but unfortunately no episodes from that season survive, which is disappointing since Australian actor Ray Barrett took over the lead role at that time and he was always fun to watch.

The complete series (in other words the two surviving seasons) has been released on DVD by Network DVD and, as is the case with most of their releases, in general it looks pretty good.

So far I’ve watched four episodes and while it’s not quite in the top rank of early 60s British television shows it’s reasonably entertaining.
Posted by dfordoom at 07:35