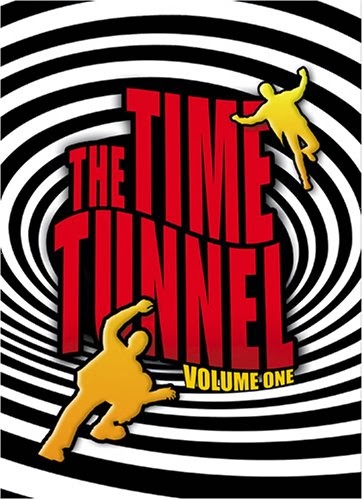 You know that a 1960s Irwin Allen sci-fi TV series is going to be lots of silly fun, and that’s exactly what The Time Tunnel (which ran from 1966 to 1967) is. A top-secret US government project has come close to unlocking the secrets of time travel, but when a pesky Senator turns up to find out how the billions of dollars poured into the project have been spent they have to admit that they haven’t done any actual time travel yet. To avoid seeing the project closed down Dr Tony Newman (James Darren) volunteers to be the guinea pig. When he gets himself into trouble his pal Dr Doug Philips (Robert Colbert) follows him into the time tunnel to rescue him.

So now they have two scientists lost in time, since the time tunnel has more than its share of technical problems. Our two young, good-looking but not overly competent scientists find themselves bounced about from one historical era to another, from the past to the future. There’s none of the namby-pamby “we must not change the course of history” nonsense that Doctor Who goes on with. Hell no. These guys try frantically to change the course of history every chance they get. The usual result is to make history turn out the way it always should have done. It’s as reasonable a way as any of dealing with the problems of time paradoxes.

Money was saved by making use of footage from old 20th Century Fox costume pictures, but despite this it was still an expensive series to make, a factor that no doubt contributed to its demise after a single season. It turned out to be Irwin Allen’s least successful series.

Apart from its expense there are several reasons that come to mind for its failure to grab the TV-viewing public’s imagination to a sufficient degree to guarantee its survival beyond the first season. The two time traveller heroes are very bland, but worse than that they’re too similar. They’re both supposed to be scientists but they’re both doing the square-jawed action hero thing. A successful series of this type needs two heroes who are different enough to complement one another and to set up interesting conflicts. One impulsive action hero type and one cool-headed rational scientist type would have made a more effective combination. It would also have allowed for some far more interesting dialogue. 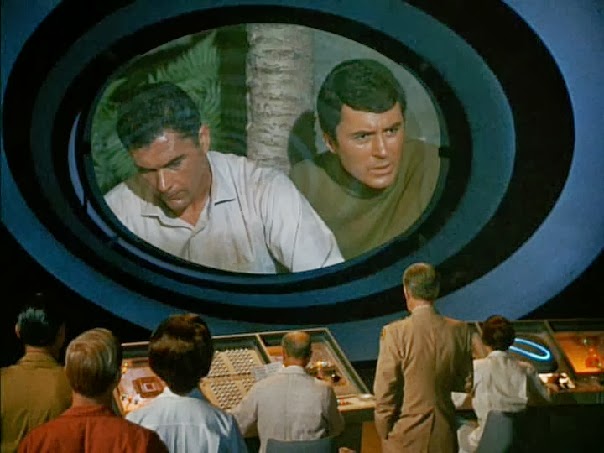 The series also suffers from a lack of any real insight into the motivations of the time travellers. Voyage to the Bottom of the Sea was a major hit for Irwin Allen. In that series the viewer always felt that no matter how silly the stories Admiral Nelson and Captain Crane actually cared about the consequences of their actions. In other words there was a least a modicum of actual drama.

The scripts for The Time Tunnel also don’t always take enough advantage of the potential of the situations that Doug and Tony find themselves in. In one episode they find themselves about to be eyewitnesses to the Battle of New Orleans but they seem to have no interest in the outcome of the battle or the possibility that their presence might change it. It’s left to a supporting character to provide the only real interest - he’s a descendant of the British commander at the battle who has always puzzled over his ancestor’s crucial command decision. That provides some real interest, but the complete lack of interest displayed by the show’s heroes lets the episode down a bit.

It’s all rather a pity because there was absolutely nothing wrong with the basic concept. In truth it was pretty good. And the series does have some real virtues.

The fact that the time tunnel technology is so unreliable that once our heroes are dumped into the middle of a dangerous situation they can’t just time jump out again at will is a nice touch. Doug and Tony have no idea when and if the time tunnel controllers will be able to get them out so they’re forced to rely on their wits to survive. 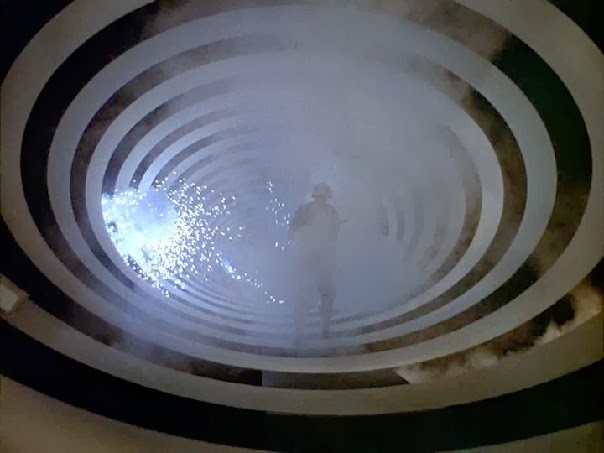 The 1960s high-tech control room from which the time tunnel is worked looks terrific and in general this is a visually fairly impressive series. The footage from old Fox movies is integrated into the episodes much more successfully than one might expect and it allows the series to achieve at times an epic feel that most science fiction series of that era could not match.

In the episodes I’ve watched so far have seen our heroes try to save the Titanic, foil an attempt by foreign agents to sabotage the first manned mission to Mars, convince the people of 1910 that Halley’s Comet was not going to destroy the planet, and get caught in the middle of a battle and a catastrophic volcanic eruption.

Despite its flaws The Time Tunnel is still good thoroughly enjoyable goofy fun.

It's been released on DVD in two volumes in the US and as the complete series in a single boxed set in the UK.
Posted by dfordoom at 09:36