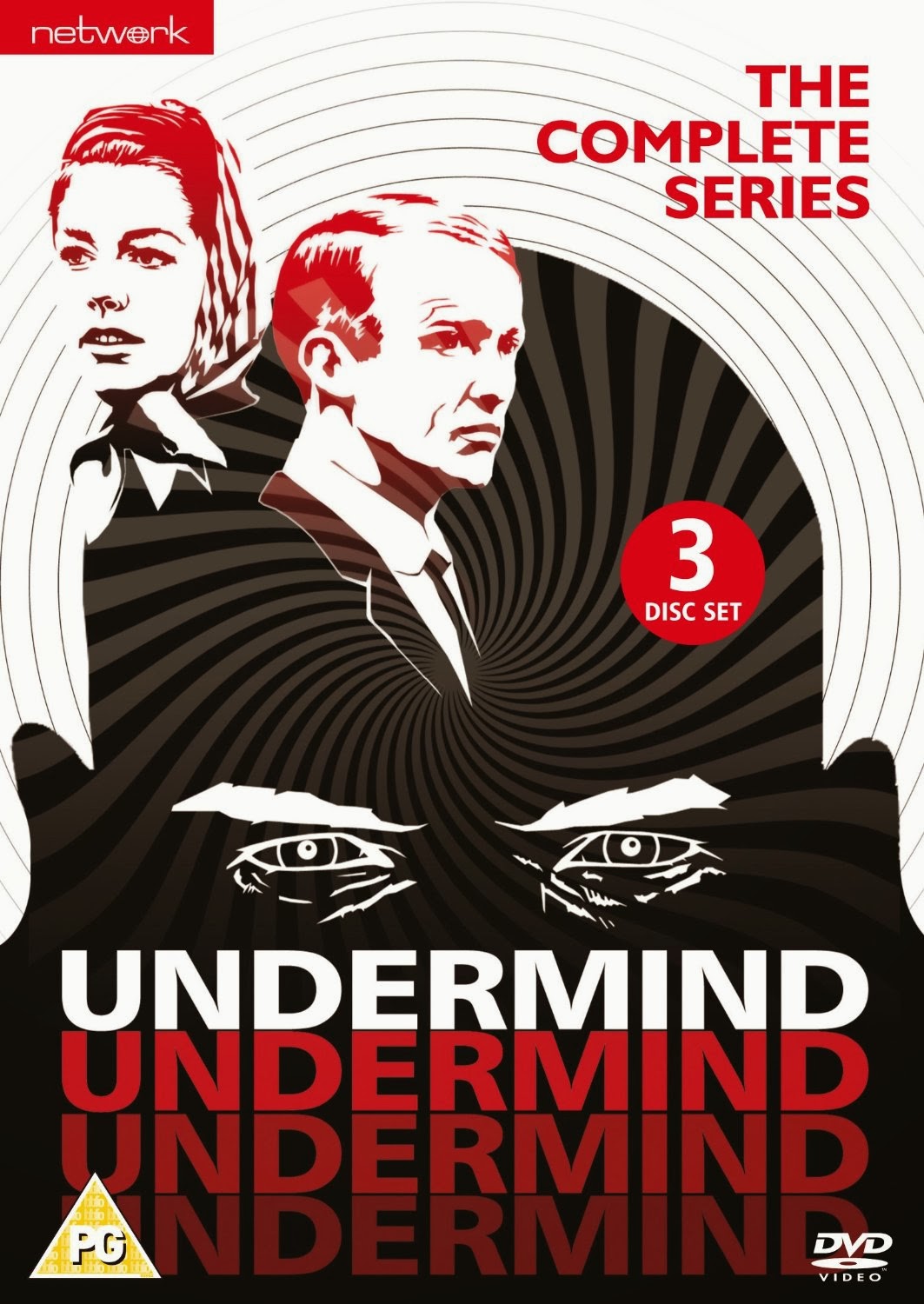 I’ve now watched seven of the eleven episodes of Undermind, made by Britain’s ABC Television in 1965. It’s unusual in being a British science fiction TV series that actually survives in its entirety. Which is fortunate, because the series has a very definite series-long story arc and if any episodes had been lost it would have been very difficult to follow.

I’ve becoming more impressed with this series as I get further into it. It has a nicely low-key approach which makes the underlying menace more effective.

The first episode sets things up. Drew Heriot (Jeremy Wilkin) is a personnel consultant who becomes more and more disturbed by the behaviour of his brother Frank, a cop. Frank’s estranged wife Anne (Rosemary Nicols) is equally concerned. By the end of the first episode Drew and Anne realise they’re up against something very big and very sinister. People are being brainwashed into carrying out acts of sabotage against Britain - acts that seem intended to undermine confidence in the nation.

They don’t know who or what is behind all this but they come to call it the Undermind. It may be a preface to an invasion, but will it be an invasion from another country or even perhaps another planet?

The basic premise of somebody discovering a sinister alien conspiracy but being unable to make anybody in authority believe them because the aliens look like perfectly normal human beings wasn’t especially original, dating back to the original Invasion of the Body Snatchers movie. The way this series deals with this theme is however rather interesting, particularly in the way it anticipates The X-Files. 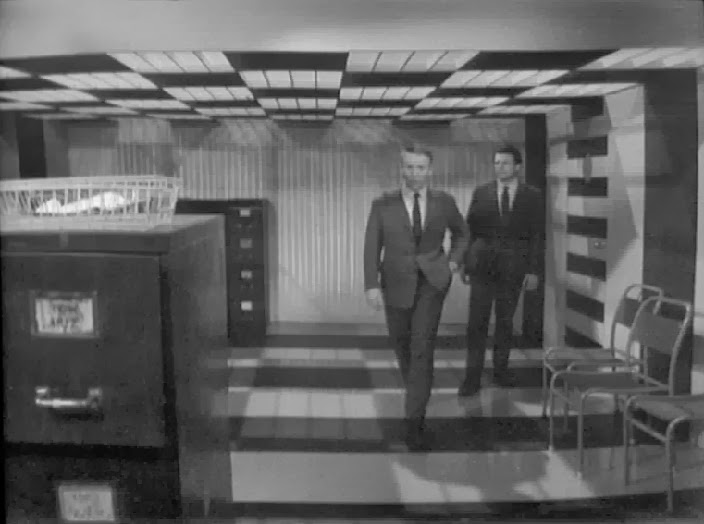 The threat in Undermind is deliberately vague and ambiguous. The protagonists know they’re dealing with something extremely deadly but they don’t really know exactly what it is. They suspect that the threat comes from outside the Earth but they can’t be absolutely sure. And if it is an alien threat what exactly are the intentions of the aliens?

This series anticipates The X-Files in having two protagonists, one male and female, who are not a couple. They’re a woman and her brother-in-law. Their shared knowledge of the threat and the fact that they have to fight it together creates a strong bond between them but it’s not a romantic bond. They barely knew each other before the event that triggered the nightmare they’re now involved with but they have to learn to trust each other absolutely because they have no-one else at all they can trust. There’s a good deal of X-Files-style paranoia.

The nature of the alien threat is interesting in that in some ways it anticipates Gerry Anderson’s 1967 Captain Scarlet and the Mysterons series. Like the Mysterons the aliens in Undermind don’t appear to be aiming at invasion or even necessarily with total destruction. Their object seems to be to strike randomly in order to spread demoralisation. And like the Mysterons they make use of humans who have been turned into zombie-like puppets. 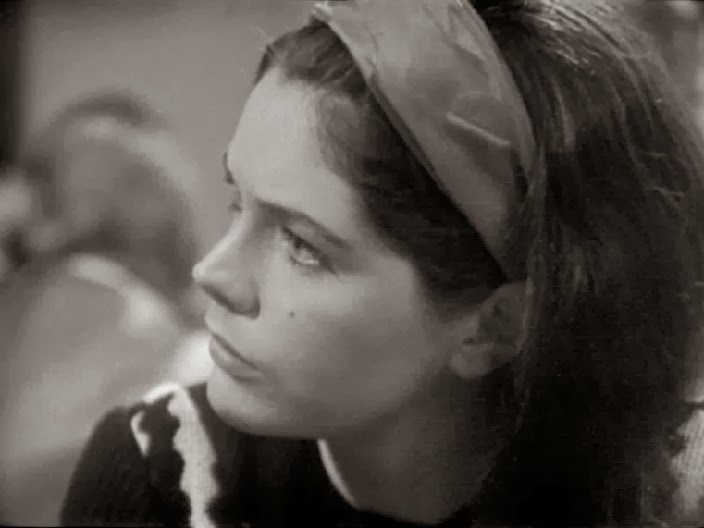 The mind control idea was a popular theme in the late 50s and early 60s and the series handles it pretty well.

Some episodes do work a lot better than others. The second episode, Flowers of Havoc, falls somewhat flat despite the presence of the wonderful Michael Gough as a motorcycle-riding with-it priest. Its attempt to deal with youth culture, as so often in series and movies from that time, comes across as rather embarrassing. On the other hand the following episode, The New Dimension, is an absolute corker. This episode is a definite example of a studio-bound series using that limitation to its own advantage creating a very menacing and sinister atmosphere, and using some very nice sets. It’s an episode written in such a way as not to need any location shooting. In fact location shooting would have opened up the episode and diminished the atmosphere.

The studio-bound feel becomes less of a problem as the series progresses. It’s not the kind of series that requires elaborate social effects or alien spacecraft sets or anything of that nature and the studio shooting does tend to enhance the brooding nightmare-like feel. Everything looks very normal but because of what the protagonists know these normal mundane things don’t feel safe any more.

Drew Heriot (Jeremy Wilkin) his sister-in-law Anne (Rosemary Nichols) make effective protagonists because they’re so very unheroic. They’re very ordinary people indeed who must suddenly find reserves of heroism inside them that they didn’t know they had.

Rosemary Nicols will be familiar to all cult TV fans from her starring role in the superb Department S a few years later.

On the whole it’s a series I can recommend to fans of understated science fictional horror.

Network DVD have released the complete series on DVD in Region 2. It's amazing enough that the series survives at all, and it's in fairly good condition.
Posted by dfordoom at 07:42