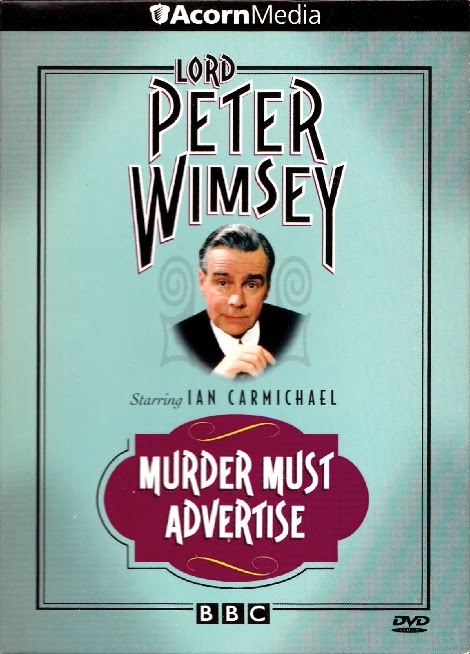 Between 1972 and 1975 the BBC made television adaptations of five of the Lord Peter Wimsey murder mysteries of Dorothy L. Sayers. They are all thoroughly enjoyable and are fine examples of just how good BBC television once was.

The casting of Ian Carmichael as Lord Peter was just about ideal although Carmichael was perhaps just a little too old for the role. Fortunately he is so perfect in ever other way that this minor quibble can be easily overlooked.

Sayers’ 1933 novel Murder Must Advertise was the third of the five stories to be adapted. Lord Peter goes undercover in this tale, obtaining a position as a copywriter in an advertising agency. His predecessor in the position, a Mr Victor Dean, was killed in a most unfortunate accident, meeting his death in a fall down the spiral staircase connecting the two floors occupied by the agency. Mr Dean left behind him a letter addressed to the Mr Pym, the agency’s managing director, stating that undesirable things were happening in the office, things that could have very serious consequences. Mr Pym was sufficiently alarmed to procure the services of a private detective to investigate the late Mr Dean’s allegations. That is how Lord Peter comes to be working as an advertising copywriter.

He soon discovers that Mr Dean had not been especially popular, He also learns that Mr Dean had been involved with a very dangerous and very notorious social set, centred around the younger members of the de Momerie family. This set represents the wildest of the Bright Young Things.

Wimsey’s brother-in-law, Chief Inspector Parker, is also interested in the de Momerie set. He has reason to believe they are involved in cocaine smuggling on a large scale. 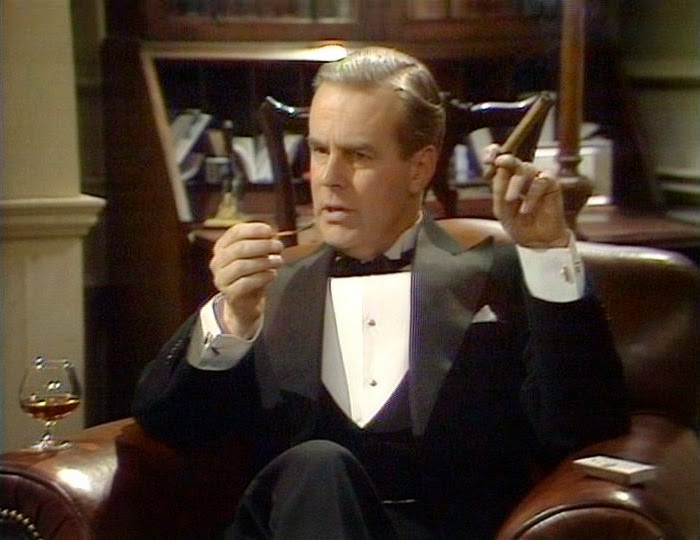 The plot is fiendishly complicated with various romantic jealousies being possible motives
as well as the dope smuggling angle so Wimsey faces quite a task in unravelling this mystery. The solution to cracking the dope smuggling operation involves the kinds of immensely complicated criminal conspiracies that you will only ever find in detective stories of the golden age.

The one plot point that is somewhat unconvincing is Wimsey’s attempt to make the criminals believe he is actually two people, Lord Peter Wimsey and Lord Peter’s disreputable (and wholly imaginary) cousin Death Breedon. It is utterly inconceivable that two cousins could look so completely identical as to be indistinguishable. It’s one of those plot devices, like disguise, that were once immensely popular in crime fiction but now seem impossibly far-fetched.

Fans of golden age detective fiction are rather sharply divided on the subject of Lord Peter Wimsey. To some readers he seems impossibly affected and they are further irritated by the fact that he seems to be an expert on every subject under the sun. Other readers are delighted by the very things that annoy his critics. I personally like him as a character, and Ian Carmichael gives him a warmth that may be enough to win over those who are not great fans of the Wimsey of the books. 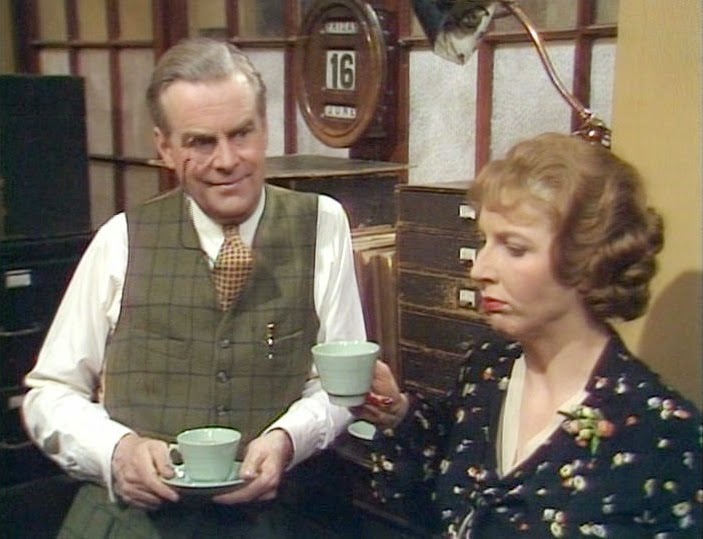 For an early 1970s BBC production Murder Must Advertise looks surprisingly expansive. While much of the action takes place in Pym’s advertising agency there are more outdoor scenes than you expect in this era.

The period clothes are a major highlight. The men’s clothing is actually even more colourful and outrageous than the women’s, with Lord Peter wearing some truly astonishing suits. He also spends an inordinate amount of time in a harlequin costume, and Carmichael manages to play several serious scenes successfully while wearing this outlandish outfit.

The BBC also seem to have splurged on 1930s cars for this production. It all looks magnificent.

This production takes a remarkably jaundiced view of the world of the Bright Young Things. Rather than being portrayed as glamorous and liberated they come across as shallow, cruel, self-indulgent, selfish and annoyingly self-destructive. I personally found it to be rather refreshing that the show is willing to do such a hatchet job on a generally over-glamourised social set.

Acorn Media’s DVD release includes part of an interview with Ian Carmichael which is spread over the DVDs of the five 1970s Lord Peter Wimsey serials.