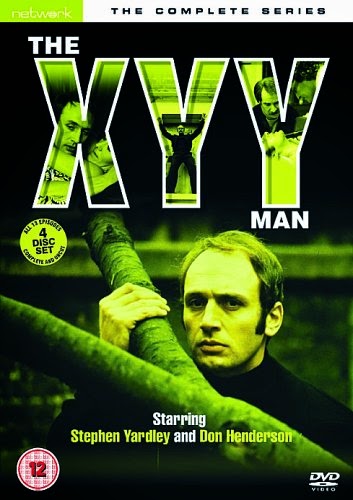 The XYY Man was a British espionage TV series made by Granada. The first season which aired in 1976 comprised a single three-part story while the second season consisted of a further ten episodes. The premise sounds quite promising. William ‘Spider’ Scott (Stephen Yardley) is a cat burglar. He spent the last year of his most recent prison sentence at a kind of criminological research facility attached to a prison farm. You see Spider has an interesting genetic mutation, an extra Y chromosome. This abnormality predisposes a person to criminal tendencies and makes it very unlikely that the subject, once launched on a life of crime, will ever reform. The British intelligence services have taken an interest in this criminological research and they have decided that such a man, especially one who is a skilled cat-burglar, might prove to be very useful to them.

Whether this psychological theory has any basis in reality or not the premise of this series  does seem to have considerable potential. An unreformable super-criminal recruited against his will by the intelligence services - that should be the ideal set-up for an entertaining action-filled spy thriller series. Unfortunately The XYY Man is a little short on action, and to be brutally honest it's somewhat lacking in the entertainment department.

So what went wrong? In this case that’s an easy question to answer. The XYY Man is more in the style of those incredibly tedious British political thrillers that started to infest the nation’s TV screens during the 1970. It takes itself very very seriously, it’s very grim, it’s overflowing with fashionable cynicism and it has a political agenda. A political agenda that it is quite happy to use as a bludgeon. 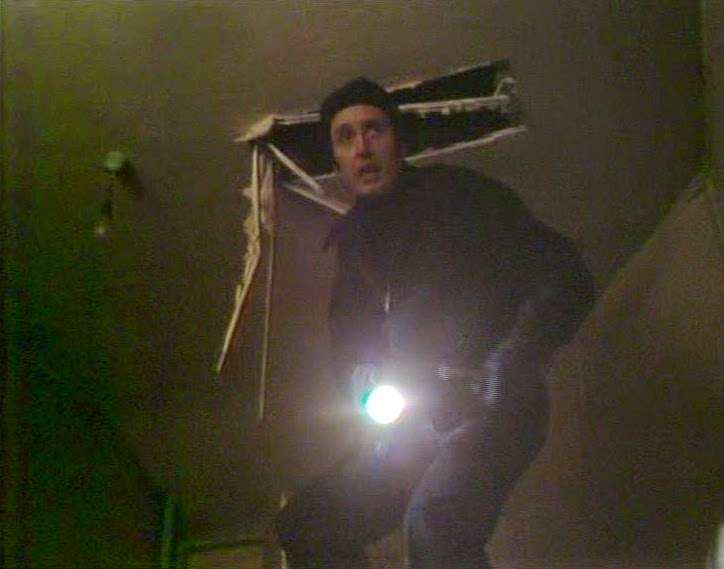 Another problem is that the show’s most intriguing element, the genetic abnormality that predisposes Spider towards crime, gets completely forgotten along the way. In fact, for a criminal who is incapable of reforming, Spider shows an amazing determination to go straight. His determination to stay on the straight and narrow is so string that it undercuts the program’s whole premise. Of course the problem here is that if the writers had followed up on the XYY idea it would have weakened their political agenda, which demands that Spider be seen as a victim of oppressive police officers and oppressive cynical and corrupt intelligence service chiefs.

It’s probably fair at this stage to indulge in a small digression on the subject of spy TV series. Such series can quite obviously be divided into two schools, the gritty realist school and the glamorous adventure school. They can also be divided in another way, into series where the focus is on the spy, and series where the focus is on the political machinations of the spymasters. On the whole (with a few notable exceptions) I prefer the glamorous adventure school to the gritty realist school. I also much prefer those series that focus on the spy rather than those that focus on the spymasters and the politics. On both counts The XYY Man falls into the categories that I personally am not especially fond of, and this is undoubtedly a major reason for my negative response to this series. If you’re a spy fan who loves the gritty realist approach and the focus on spymasters and politics, if for example you’re a big fan of series like The Sandbaggers and Smiley’s People, then you might well enjoy The XYY Man a great deal more than I did.

The three-part first season of The XYY Man doesn’t really have quite enough plot to sustain a three-part story. Spider gets out of prison and is hoping to start a job working for an art dealer. During his prison sentence Spider had acquired a degree in art history, specialising in Indian antiquities. The evil corrupt and cynical operative from the security services, Colonel Fairfax, makes Spider an offer. Ten thousand pounds for a relatively simple burglary on behalf of Her Majesty’s Government. Of course if he’s caught they will deny all knowledge of his activities, but ten thousand quid for two hours’ work is still good money. Spider refuses the offer, so evil corrupt and cynical Colonel Fairfax persuades the Metropolitan Police to put some pressure on him, and since police officers are naturally oppressive they agree to do so. Eventually Spider accepts Fairfax’s offer. Of course we know that the job is not going to go smoothly and that evil corrupt and cynical security services will set poor old Spider up. 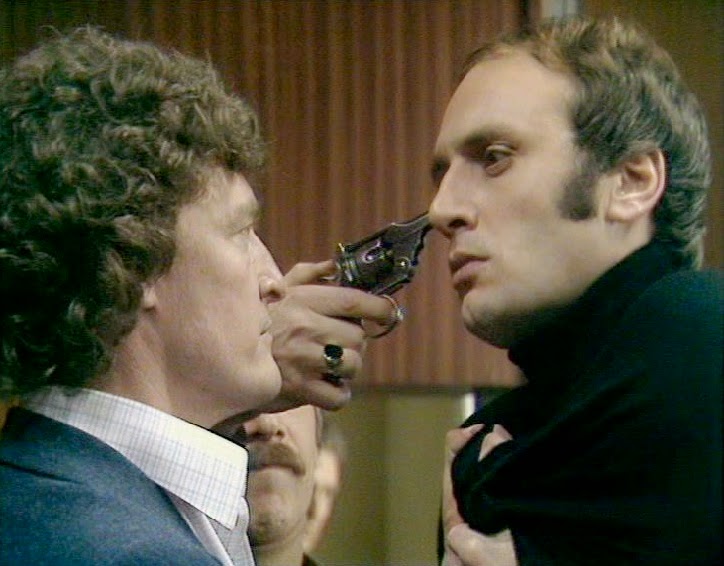 The tricky part of the burglary is that it involves breaking into the Chinese embassy. The Chinese have obtained photographs that compromise a senior South African diplomat who is about to play a major role in negotiations over Rhodesia. For rather obscure reasons the British security services wants to get hold of the negatives, which is the job for which they’ve recruited Spider. Lots of other people, including the South African security services and a group of black Rhodesian guerillas, also want the negatives. This plot provides ample scope for heavy-handed political messages and these follow a pattern that would become all too common in British espionage and political thriller series - the British government is always corrupt and cynical, and the British intelligence services are always the bad guys.

One of the problems with the very downbeat approach used in this series is that it can become just as predictable as the mandatory happy endings of an earlier era of movies and TV. The double-crosses become a little too easy to anticipate.

The series has other problems, problems which would also become increasingly prevalent in British TV. There are no sympathetic characters. The atmosphere is unremittingly sleazy. Any British character who is not working-class is automatically assumed to be either vicious and corrupt or vicious and stupid. The tone is grimly pessimistic.

The pacing is problematical. The whole of the 50-minute first episode is spent on setting the story up in a way that really could have been done in half that time. We don’t get any action at all until the second episode. That would be less of a problem if the time had been spent giving us some reason to care about the characters but alas the characters are two-dimensional and invite very little empathy. 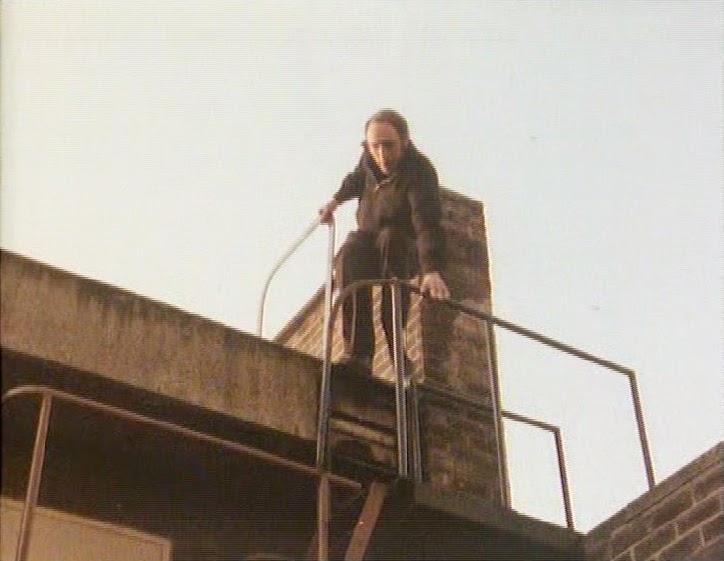 It’s not all bad news. There’s some action in the second and third episodes and the pacing picks up a little. There’s also considerably more dramatic tension and even a little excitement. There are a couple of genuinely clever plot twists and Spider becomes a somewhat more interesting character.

And while most of the supporting performances are rather one-note Stephen Yardley is reasonably good. I didn’t like Spider very much but I liked him a good deal more any of the other characters. Detective-Sergeant Bulman (Don Henderson), a man obsessed by the thought of putting Spider back behind bars, went on to feature in two spin-off series. Mark Dignam as Colonel Fairfax provides some moments of amusement and is at least cynical in an entertaining way.

Network DVD have released all thirteen episodes from both seasons in a boxed set. The transfers are reasonably good.

The first season of The XYY Man is definitely not my cup of tea. I’ve yet to sample season two so I have no idea if it would be more to my liking. I can’t recommend the first season but as I mentioned earlier that may have quite a bit to do with my personal tastes in spy fiction. You mileage may of course vary.
Posted by dfordoom at 09:56