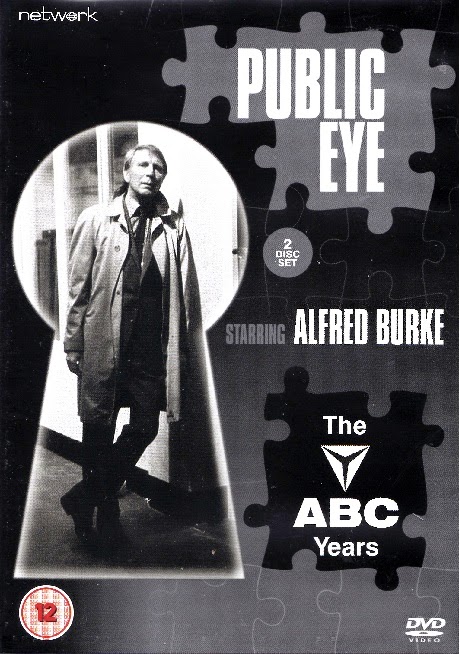 Public Eye, which ran from 1965 to 1975, is about as far removed from the world of the adventure TV series we’ve been discussing recently as any program could possibly be. It represents a very different but equally interesting side of British television in the 60s and 70s.

The series was originally produced by Britain’s ABC Television. In the late 60s a shakeup of British commercial television saw ABC merged with Associated-Rediffusion to form Thames Television, which continued production of the series.

The idea of the series was to do a completely unglamorous private eye series. And Frank Marker is about as unglamorous a hero as could be imagined. Public Eye is determinedly seedy. Frank Marker is a very decent guy but his life is as far removed as could be imagined from the popular image of the private eye. He’s a rather battered and not overly successful middle-aged private enquiry agent. He doesn’t drive a sports car and he isn’t surrounded by beautiful women. His cases do not involve the international jet set. He does credit checks, divorce work, looks for missing dogs and strayed husbands, and in fact takes any work he can get.

It might sound dull but in fact it’s a thoroughly engaging and very entertaining program. What it lacks in action it makes up for in superb writing and great acting.

Much of the success of this series can be attributed to the performance of Alfred Burke as Frank Marker. Burke was enthusiastic about the series right from the start, and was particularly keen to play a very unheroic and unglamorous private eye. Burke brings this shabby but oddly engaging character vividly to life. Frank Marker’s profession can be sordid at times but we never lose sympathy for the character. Unheroic he might be, but he combines this with a quiet strength of character. Marker has his moral standards. There are lines he will not cross, and he sticks to his principles with a great deal of stubbornness. To an outsider his job might seem grubby but because he does stick to those principles he has surprising reserves of self-confidence. He is down-at-heel but he is not a loser. When things get tough he doesn’t give up. He might bend, but he doesn’t break. 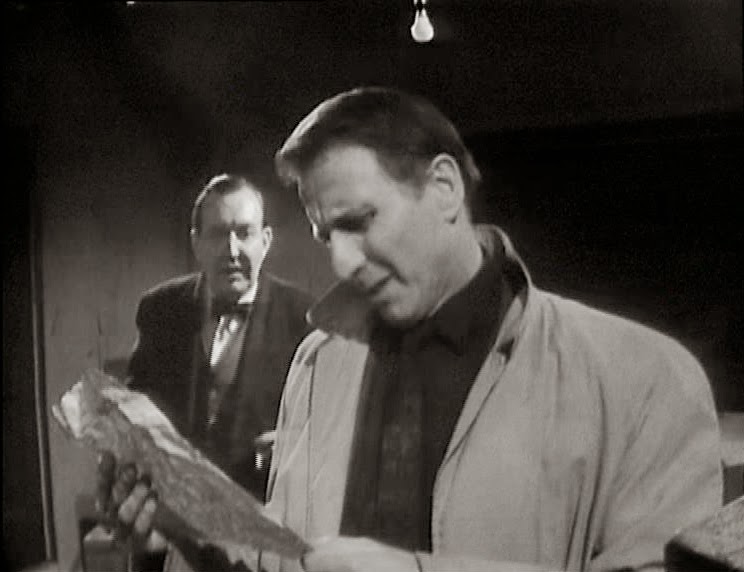 Unfortunately the first three seasons are mostly lost but the remaining four seasons starting with the 1969 season survive in full.

Network DVD have released the five episodes still in existence from the first three seasons in a two-disc set called Public Eye: The ABC Years.

With only five of the 41 ABC episodes surviving it’s frustratingly difficult to judge whether the tone of the series differed in any substantial way from the later Thames seasons. This is particularly frustrating since in its later years the series did undergo several subtle changes in direction.

Certainly Frank Marker seems just as shabby and his cases seem just as commonplace as in the later seasons.

The two surviving first season episodes, Nobody Kills Santa Claus and The Morning Wasn't So Hot, suggest that at this early stage Marker may have been slightly more of a tough guy character. In The Morning Wasn't So Hot he takes on a case involving prostitution and organised crime and takes a few risks that the later Marker might have been less inclined to take, although when things start to get rough he certainly backs off rather hurriedly. This episode deals with runaways from the provinces who are “befriended” at the railway station by smooth-talking ponce Mason. Frank Marker is hired to find one of these runaways but Mason has sold her to big-time operators. By the standards of 1965 this episode is extraordinarily frank in confronting some rather sleazy subject matter. 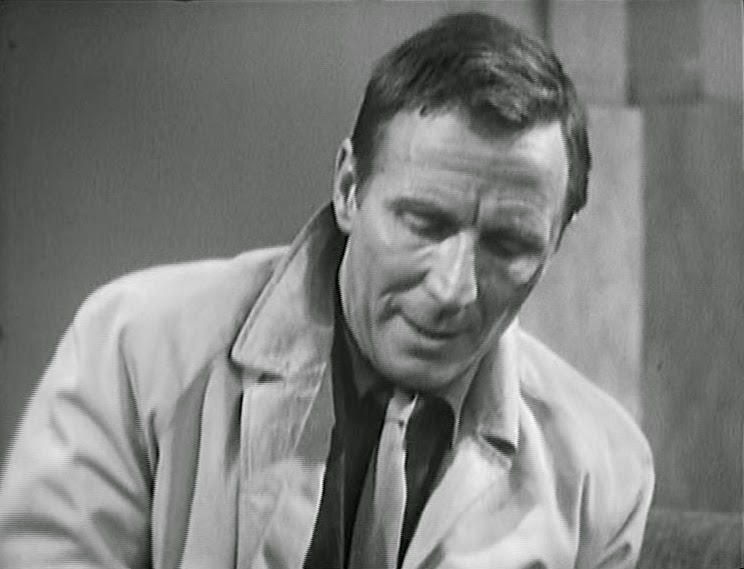 The second season sees Frank relocating to Birmingham. Frustratingly, since the final episode of season one and the first episode of season two do not survive, we have no way of knowing what prompted the move.

The two survivors from season two both deal with divorce cases. In those days divorce work was the bread-and-butter of a private detective. It was boring and routine but it paid the bills. These two episodes illustrate this show’s remarkable ability to make the most mundane details of Marker’s work into totally engrossing television. In Don't Forget You're Mine a woman hires Frank to find her husband. He finds that there are some very important things she has neglected to tell him.

In Works with Chess, Not with Life, Marker exposes a phony compensation claim by a woman complaining of being poisoned with bad mushrooms at an hotel, then gets mixed up in a case of an adulterous doctor. Marker ends up working for three different clients, including both the husband and the wife. 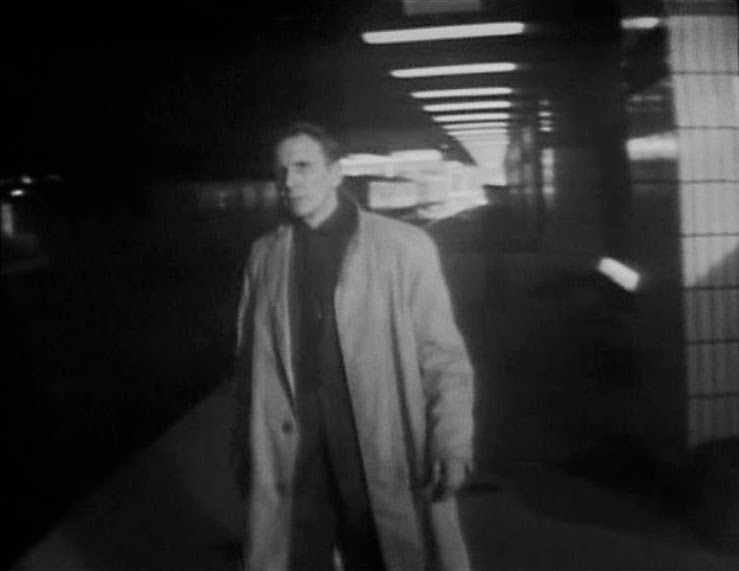 The sole surviving third season episode is The Bromsgrove Venus. This finds Marker once again caught in the middle of a domestic drama, with both the wife and the husband seeking to employ his services. A photographic competition is the catalyst for the drama. The photographs are on display in the Bromsgrove Public Library, with the winning photograph being a nude study of the Chief Librarian’s wife. The situation is much more complicated that it seems to be. Marker as so often finds himself having to function more as a marriage counsellor and psychologist than as a private detective.

Public Eye remains one of the best private eye series ever made. The ABC Years set provides some fascinating glimpses of its early years. Extras include a brief contemporary interview with star Alfred Burke. Highly recommended.
Posted by dfordoom at 01:45